HEAVEN HARNESSES THE POWER OF NATURE 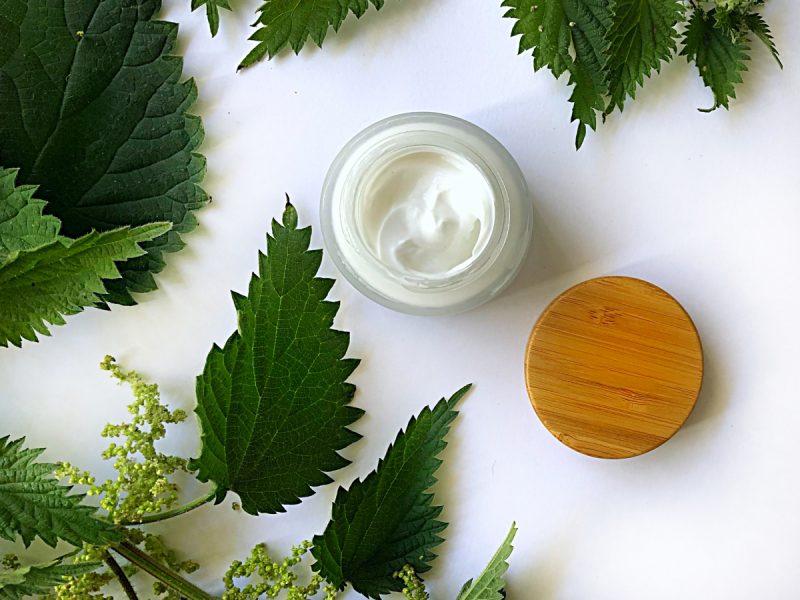 “I said to myself years ago, if I could discover a way to capture nature’s power to create the perfect vegan-friendly anti-ageing cream I knew I’d be so happy. Well guess what? I am so happy!”

Deborah has spent the last four years investigating how to create the most impressive vegan anti-ageing product on the market. She has developed her newly patented ingredient called NETTATOXIN® that works in a similar way to her sought-after ABEETOXIN® but rather than using the venom from bees she has harnessed the sting of the common British nettle.

“It’s been quite a journey creating my Nettle Venom Anti-Ageing Cream because not only was it about coming up with the idea and working out how to make that a reality, but I also had to develop a way of capturing the active venom in a moisturiser without it hurting when applied to the face,” says Deborah.

“After much trial and error (I did literally sit in my kitchen stinging the lines on my forehead!) I discovered where to find nettles that hadn’t been sprayed with any chemicals as well as the perfect time of the day to pick them. I’ve not used an extract because it wasn’t powerful enough; instead this is a fresh ingredient that I carefully collect from hedgerows near my home. Because it is a long process done by hand the number of products being released is limited.

“It works because the venom of the nettle causes a reaction similar to that of bees when they sting – the skin goes into rapid repair on first contact,” Deborah explains. “The nettle sting makes the skin tingle before your own serotonin gets to work to heal blemishes and redness leaving you with a lifted, more radiant complexion. With regular use, the skin continues this healing action, smoothing lines as it does so.

“Traditionally, vegan ingredients haven’t made very effective anti-ageing creams but with my patented NETTATOXIN® the power comes from the skin’s own rebuilding system to tighten and renew. And rather than using Manuka honey, as I have done in some of my previous bestsellers, I have blended the nettles with vegan-friendly maple syrup which works in tandem to help firm the skin and relax fine lines.”

Not only that, but to ensure the eco credentials of the Nettle Venom Anti-Ageing Cream the packaging is totally recyclable; Deborah has opted for bamboo lids due to its sustainability, along with paper labels.

Heaven Skincare’s Nettle Venom Anti-Ageing Cream is priced at £64 and a limited number are now available online at https://shop.heavenskincare.com/index.php/nettle-venom-766.html