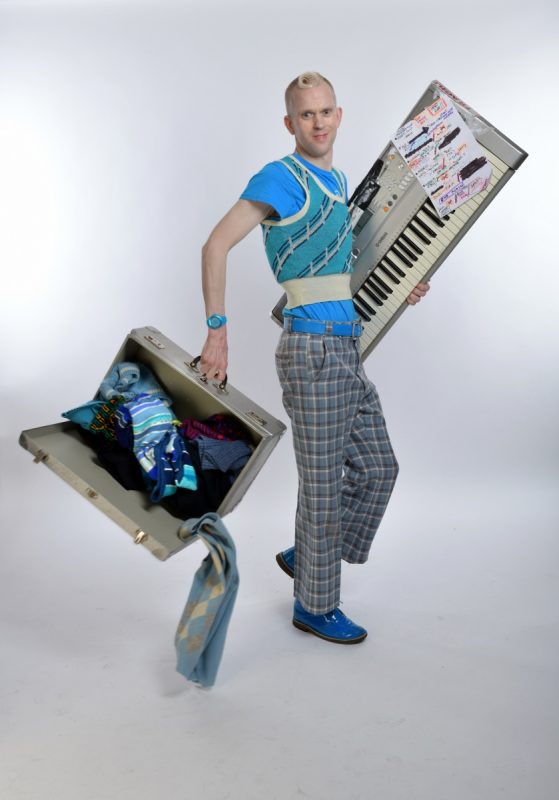 Robert White wowed the judges and viewers alike with his fast-paced comedy routines when he made the finals on this year’s Britain’s Got Talent. He is now set to bring all that fun you saw on the TV live across the country as he announces his debut UK tour: The Tank Top Tour.  With a suitcase full of his trademark vests, Robert will be travelling the UK with his unique, musical stand-up to 31 venues between February and April 2019.

As the only gay, Aspergic, quarter-Welsh comic on the British comedy circuit, Britain’s Got Talent has helped to highlight Robert’s distinctive comedy genius. Known for his brilliant timing and anarchic performance style, Robert’s chaotic stage presence, improvisational skills and delivery saw him win the Malcolm Hardee Award for Comic Originality.

A regular at the Edinburgh Festival Fringe since 2010, his shows regularly impress critics and audiences alike, winning the hearts of the British public.  His hilarious routines have also received over 6 million views on YouTube winning him legions of fans across the UK and beyond.

Tickets for The Tank Top Tour for all dates are on sale now and are available from http://www.cuffeandtaylor.com/events/robertwhite and www.ticketmaster.co.uk