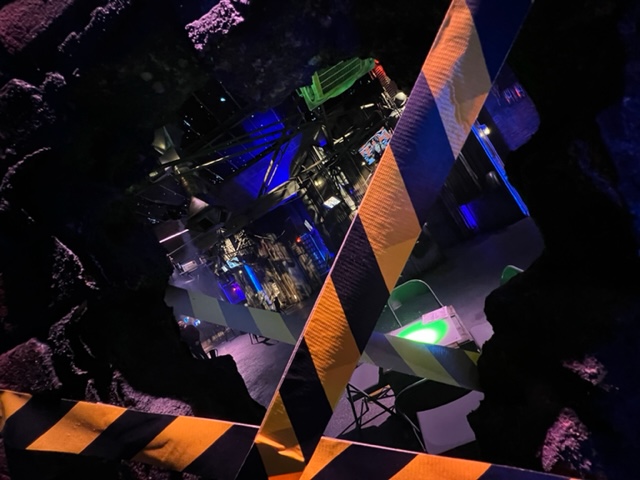 With the weather turning and the ability to enjoy outdoor activities with friends diminishing, like us, you’re probably looking at things to do indoors that still have allow for a semblance of social distancing just to be on the safe side. Which is why the arrival of Chernobyl Hidden Depths, a new VR escape room experience from In A Box 3 and located in the heart of Digbeth is such good timing.  We took time out on a rainy Sunday afternoon with a couple of friends to try it out.

‘Chernobyl – Hidden Depths’ is described as a 4D, HYPER-REALITY experience where gaming, VR, theatre and film collide. It makes use of the latest VR technology to create hyper real scenarios in which to solve puzzles within a familiar framework – in this case the nuclear reactor catastrophe at Chernobyl. The premise is that our party have been sent into the danger zone to extract sensitive data relating to secret government experiments that used radiation to create ‘super soldiers’. And here starts the challenge.

Each player- there can be four in each group- is assigned a colour and strapped into a VR backpack, goggles and headphones before being led into where the task starts – the lift shaft at Chernobyl which immediately shoots down 200m beneath the plant to a series of secret labs below all of which contain different task and challenges.

The VR experience is 4d so as well as seeing and hearing everything that’s happening around you in this virtual world, you can feel it as well- whether that’s the floor trembling underneath your feet or air blasting in to your face – the affect is fully immersive and we were surprised how quickly we became comfortable within this environment.

What’s more you can see your team-mates around you, or at least you can see the VR versions of themselves all neatly dressed in coloured hazmat suits so as to be easily identified.

Working together as a team you have to complete tasks, puzzles and find hidden data drives to gain access to the next room within the labyrinth and avoid becoming contaminated. There is a voice giving instructions through your headphones but we found it a bit too quiet to hear properly but managed to work everything out ourselves – the tasks aren’t too taxing but still satisfying which makes the experience fun for all ages- although it is limited to those over 14 we think more down to the technology fitting than the content of the game. The VR technology did, for us, have some frustrating glitches though making it difficult to pick up some items and at one stage altering the depth perception of one player making them appear ten feet taller than their teammates which was surreal and a little frustrating as it stopped the game and therefore suspended the reality. We also had a calibration issue which meant the same player lost the functionality of their virtual hands towards the end of the game- an isolated incident or just a problem with that pack? It only affected one player, so we don’t know but it didn’t detract from the fun of the overall experience. 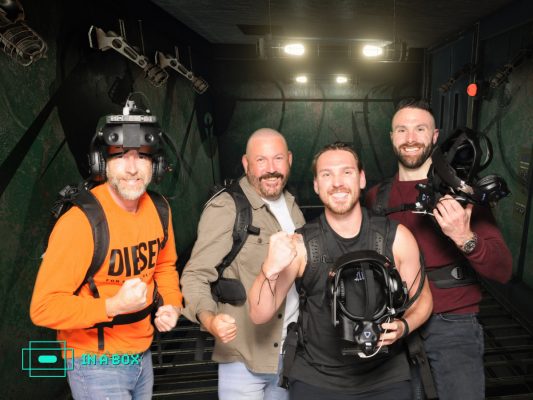 Having completed the mission it’s time to pose for the obligatory team photograph – which you can purchase later, and head to the bar for a post play debrief over a Brewdog beer.

In a Box 3’s ‘Chernobyl – Hidden Depths’ was a fun experience despite the glitches and lasted around an hour – it felt much shorter – no doubt because we were all having fun! At £34.95 per player though it does feel expensive –but if you use the code Launch30 when booking you can get 30% off until the 30th November – a great saving to take advantage of! We can’t wait for the release of new VR adventures to experience including an upcoming Halloween adventure.

Find out more or book your session at inabox3.co.uk 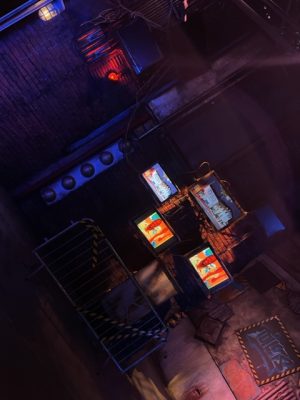 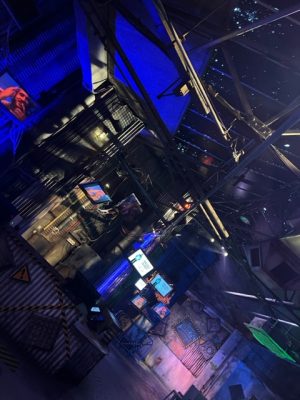