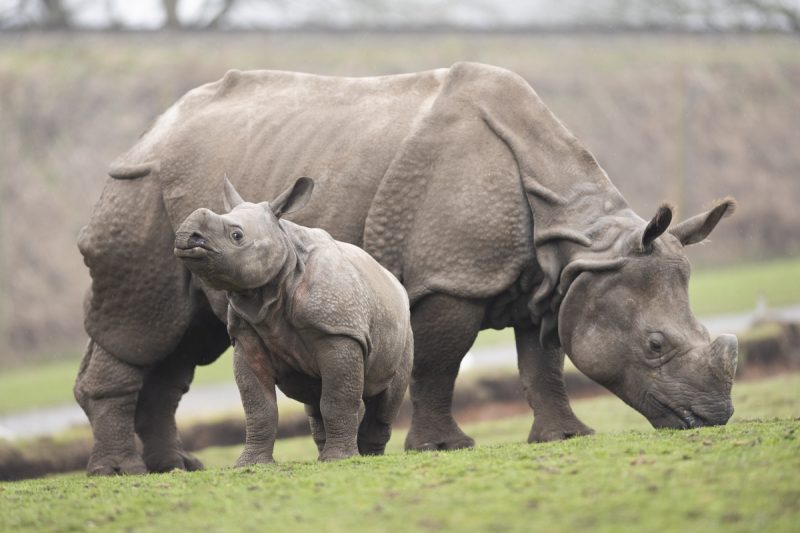 This week West Midland Safari Park is gearing up for Mother’s Day, and one animal in particular is very excited to be celebrating her first Mother’s Day following the birth of her calf in late 2020.

Indian rhino, Seto, became a mother for the first time in September 2020 to male calf, Inesh, and has been taking to motherhood brilliantly over the past six months.

Lisa Watkins, Head Keeper of Ungulates said “Seto has settled into her role as a mother exceptionally well, she is a very relaxed and attentive first-time mum.

“She takes everything in her stride, and we are very proud as Keepers to have been able to watch her bond with Inesh flourish these past few months, as he continues to grow and thrive.”

Inesh’s arrival was a pivotal moment for the Park, as he is the first Indian rhinoceros to be born there in its forty-seven-year history. Inesh has been keeping his mother very busy as he develops in confidence whilst exploring his home on the Park’s Wild Asia reserve.

Seto and Inesh will soon be introduced to the Park’s other female Indian rhino, Sunanda, and in years to come, Inesh will play a very important part contributing to the Park’s breeding and conservation programme, supporting the survival of his endangered species.

Inesh’s mischievous and inquisitive nature certainly stands out in the Park’s new Summer marketing campaign. Guests will be able to see new-mum Seto, and Inesh very soon at their home located in the well-renowned four-mile Safari drive-through when the Park officially re-opens on Monday 12th April.

The Park is very much looking forward to welcoming guests back through its doors and tickets are now on sale for purchase via www.wmsp.co.uk.