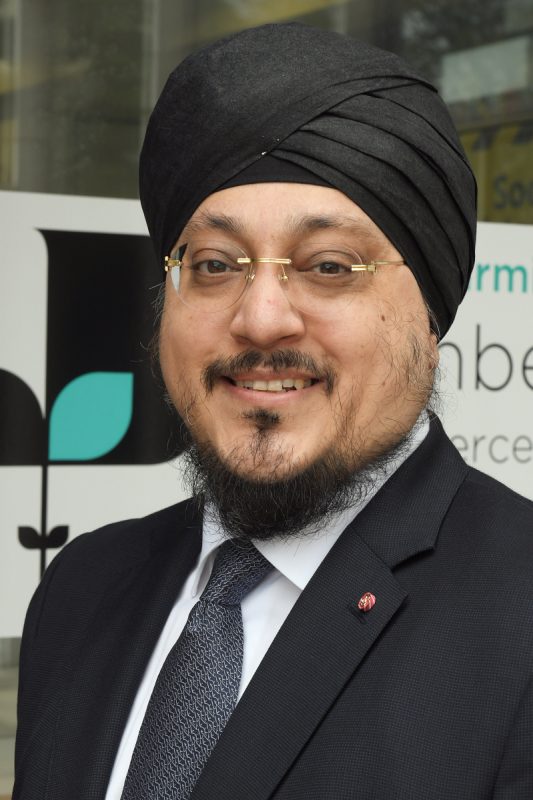 The chief executive of one of the UK’s biggest wholesale business is the new president of the Asian Business Chamber of Commerce (ABCC). Dr Jason Wouhra OBE has taken over the role from Wow Group chief executive Qasim Majid, who has served as ABCC president for two years.

He is joined by disability rights advocate Shani Dhanda, who was also named as this year’s Future Face of Greater Birmingham, and Aftab Chughtai MBE, a prominent businessman who runs department store Aftabs in East Birmingham, who will serve as the Chamber’s vice-presidents.

His other roles include being a governor of Aston University and non-executive director of University Hospitals Birmingham NHS Trust, as well as past and present chairmanships of the West Midlands India Partnership, The Institute of Directors,  Library of Birmingham Advisory Board, Birmingham Child Poverty Commission and Aston University Development Board.

Jason said: “I’m delighted to be appointed as president of the ABCC, having been involved with the Chamber and ABCC for many years through my business life.

“This is a particularly challenging time for businesses and communities, especially with the current Covid-19 pandemic, the impact of which we have all experienced in recent months.

“The ABCC represents a vibrant business community in the region, a community which contributes a huge amount to the regional economy and has done so for decades.

“We represent a vast cross-section of the region’s diverse group of businesses and I am proud to have the opportunity to help develop and support all of the very valuable work which has been achieved by the ABCC over the years.

“I would like to thank my predecessor Qasim Majid, his committee and director Anjum Khan for the sterling work they have done to promote diversity in the region and beyond.  I very much relish the opportunity to build on their achievements and take the ABCC to new heights. A very exciting challenge indeed.”