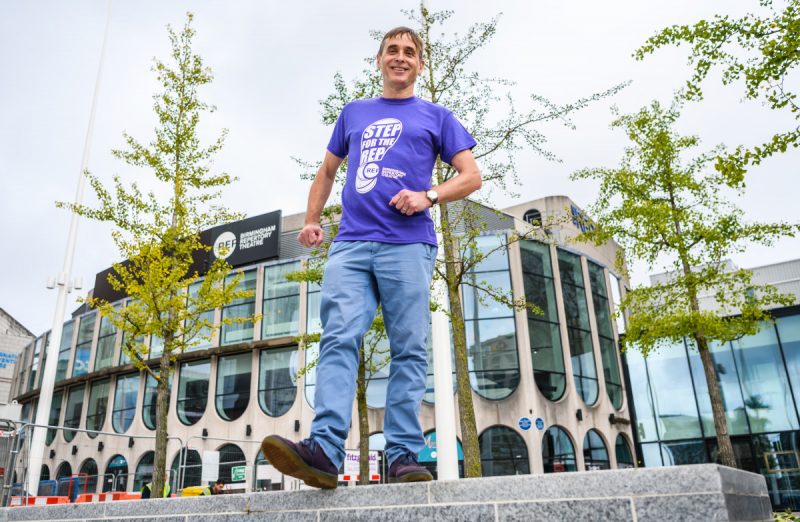 Birmingham Repertory Theatre’s Associate Director, Steve Ball has committed to walking the 116 miles from The REP to London’s Leicester Square in the heart of the West End’s “Theatre Land”. Completed over the course of seven days, the walk aims to raise funds for The REP’s industry-leading work with young people.

Steve will be taking each Step For The REP to help raise these vital funds and continue to highlight the ongoing vulnerable situation for theatres across the country during the COVID-19 pandemic. The REP is a registered charity and relies on the generous support of donors, sponsors and funders to sustain its acclaimed activities both on and off stage. The REP’s internationally renowned creative learning programme is one of the largest in the UK, each year engaging over 70,000 children, young people and adults in the community.

Birmingham Repertory Theatre Associate Director, Steve Ball said; “In my role at The REP I am lucky enough to oversee the theatre’s renowned work with children and young people. During this unprecedented time of closure, The REP has continued to find new ways to continue delivering a wide-reaching programme of important and engaging work with both local and national communities.

“By taking on this challenge, I hope to raise funds which will go towards supporting the continuation and commissioning of this vital work whilst also raising awareness of the plight and importance of our region’s theatres in this time where performances, the main source of income, are not permitted to go ahead.” 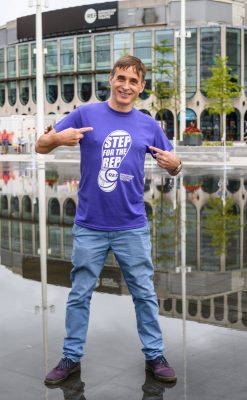 Starting outside The REP on Saturday 22 August, Steve will walk to London’s Leicester Square, arriving on Friday 28 August where he will be joined for the final leg by The REP’s Artistic Director, Sean Foley.

Leicester Square lies in the heart of the West End, where countless productions have transferred from the second city’s only producing theatre during its 107-year history. Back in the 1920’s, founder of The REP, Sir Barry Jackson transferred his pioneering Shakespearean productions to London’s theatre scene, the first to be seen in modern dress. More contemporary examples include The Snowman which marked its 22nd consecutive season at London’s Peacock Theatre in 2019 and Nativity! The Musical which started life at The REP in 2017. Gurpreet Kaur Bhatti’s Khandan transferred to the Royal Court and Rachel De-lahey’s Circles to the Tricycle Theatre (now Kiln Theatre) in 2014 as well as touring local community spaces. Bryony Lavery’s award-winning play, Frozen, opened at The REP in 1998. The show went on to play at the National Theatre in 2002 and in 2018 it was revived at Theatre Royal Haymarket starring Jason Watkins, Suranne Jones and Nina Sosanya.

During the COVID-19 pandemic, The REP has sought to continue as many of its projects with young people as possible, finding innovative ways to take activities online and provide vital support for participants. As a producing theatre, The REP generates 80% of its income through tickets, events and associated revenue such as refreshment sales. The closure due to the current crisis has therefore presented a real and imminent threat to its survival and fundraising has never been more crucial.

The REP would also like to thank loyal sponsors Colour Cubed for their design and print support for Step For The REP. Colour Cubed joint Directors, Simon Greenfield and Steve Moszynski, will be joining Steve Ball for the first section of the walk on 22 August.

For more information on Step For The REP and to make a donation click here or visit justgiving.com/fundraising/steveballuk. To find out about more ways you can support The REP visit birmingham-rep.co.uk/support-us.