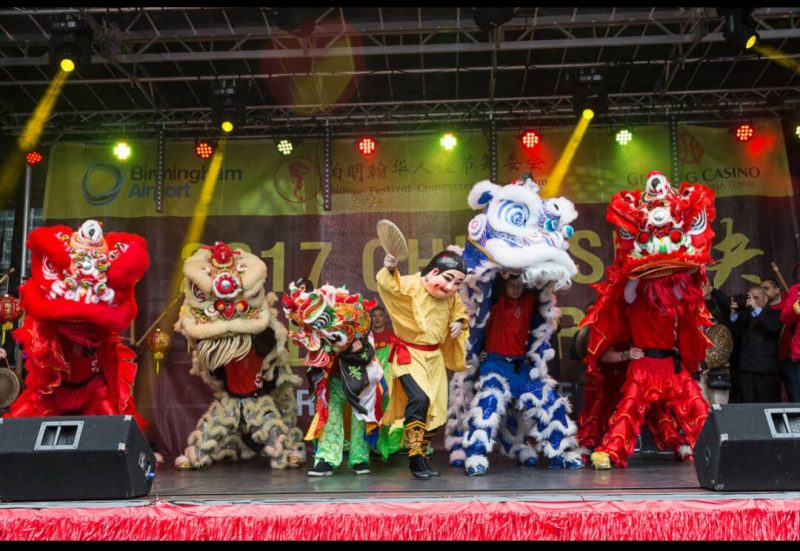 They say ‘fortune favours the brave’ and that certainly rings true for Birmingham businessman James Wong and the Chinese Festival Committee Birmingham, who are celebrating a record-breaking year for Chinese New Year celebrations.

Over the past two weeks, almost 30,000 people have helped the committee welcome in the ‘Year of the Rooster’ across the city, with a host of public celebrations.

“After a year of planning, I can’t believe our Chinese New Year celebrations are already over. The entire community – all ages, backgrounds and ethnicities – have embraced Chinese culture and have been part of these three great events. It was hard work but I am absolutely delighted, that with the help of some brilliant partners, CFC-B has seen in the ‘Year of the Rooster’. A huge thank you to Birmingham City Council, Southside and Colmore BIDs, Birmingham Airport, Genting Group, Birmingham Hippodrome, the Arcadian, Lyca Mobile, Elonex, Eat Something and, of course, Chung Ying Group, for making these celebrations such a success,” said James, Chairman of the CFC-B and Managing Director of Chung Ying Restaurant Group.

This was followed by the city’s annual Chinese New Year celebrations, which took place in Southside for the 15th year running. Following last year’s event, this year the CFC-B grow in size with the main stage located on Hurst Street and a new street food area created in Arcadian. As well as street closures in place across Hurst Street, Thorp Street and Ladywell Walk.

Opened by the Lord Mayor of Birmingham, Councillor Carl Rice, the event included a day packed full of traditional performances and activities, and was free for the public to attend.

“It is safe to say that we have shown resilience in the face of adversity. Despite council funding cuts we not only continued with our free Chinese New Year event but we saw more people attend than ever before, which is testament to the strength of the community here in the city and the dedication to everyone involved.”

Birmingham’s celebrations came to a dramatic climax at the end of last week, when the ICC played host to a very special event that welcomed around 1,500 visitors. Performers flown from China, including the famed Shaolin Temple Monks, amazed guests at ‘Cultures of China, Festival of Spring’.

“Concluding our celebrations with ‘Cultures of China, Festival of Spring’ really was like nothing before. The event had magic, music and martial arts, and welcomed the city’s top VIPs for an evening that was all about bringing Birmingham and China together. I’m absolutely overwhelmed at the support and success we’ve had… here’s to 2018!”, James added.