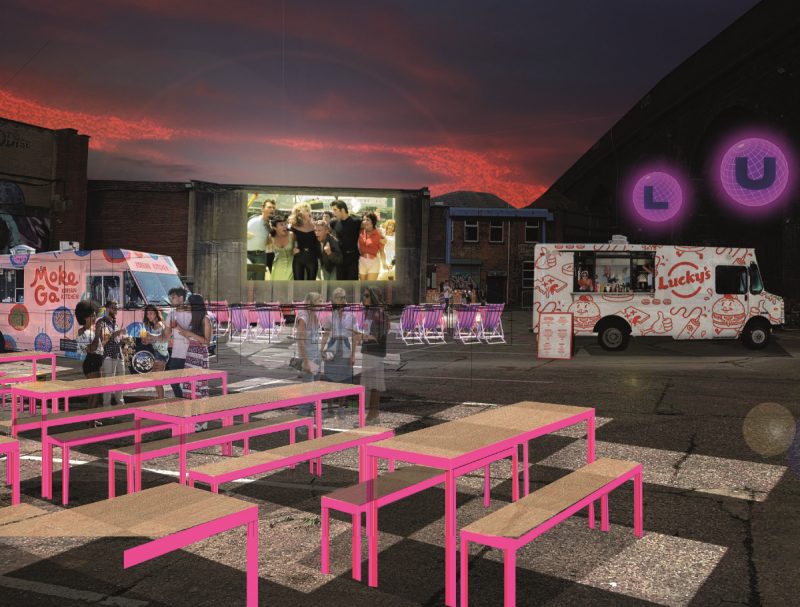 The Adventure Bar Group, the company behind venues such as Tonight Josephine, Adventure Bar, Blame Gloria, Bar Elba and The Escapologist, has revealed plans to launch an outdoor cinema at their latest site, Luna Springs, in Digbeth.

Named after The Lunar Society of Birmingham – an 18thCentury secret club comprising prominent figureheads and creative intellectuals who would meet on every full moon – Luna Springs will open its doors on Monday 12thApril. The 80 capacity cinema will form part of Luna Springs offer which takes in an outdoor bar / beer garden, street food and a schedule of live music and entertainment.

From Monday 12th April guests will be able to book a table in Luna Springs beer garden for up to 6 people. Bottomless Brunch which includes bottomless Prosecco and beer for one hour, live music / DJs and a street food menu, will be available, tickets are currently £25. 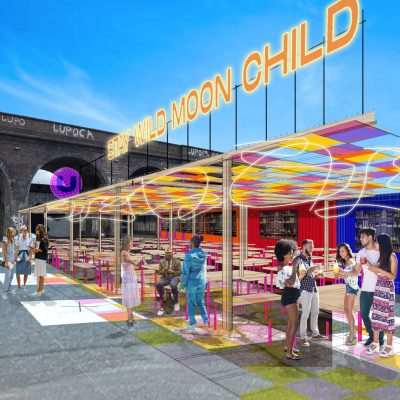 Luna Springs ‘Moonlight cinema’ will launch on Wednesday 19th May with an airing of Grease. The schedule of films takes in cult classics such as The Hangover, Cruel Intentions, Tarantino’s Kill Bill, the Freddie Mercury biopic Bohemian Rhapsody, kitsch musical Mamma Mia and Black Panther and Guardians of the Galaxy of the Marvel comics superheroes series.

Tom Kidd, Adventure bar Group Founder said, “Luna Springs is all about celebrating Digbeth’s industry, creativity and spirit and we’re thrilled to reveal our plans for the Luna Springs Moonlight Cinema. We constantly strive to think outside the box and bring events like no other, as such we’re really proud of the cinema schedule we’ve developed. As the city stirs back to life we hope it proves to be an unmissable part of Birmingham’s calendar this summer.”