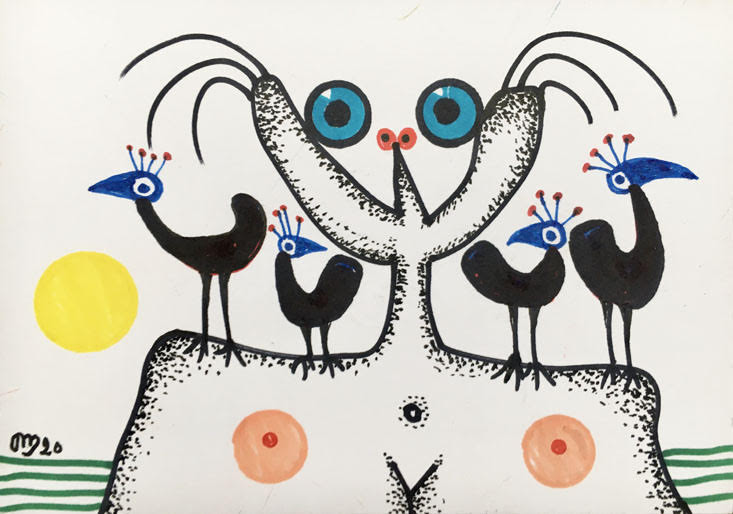 The ‘SUPA dip’ lottery, which went live on Monday 18th May, sold out within hours. Art lovers donated £30 each for the chance to win original artwork by some of Britain’s most celebrated artists, illustrators and designers, as well as some emerging talents.

Over 70 postcards were up for grabs, created by 25 contributing artists, including art icons such as the last-surviving Birmingham Surrealist, Desmond Morris, pioneer of feminist art in the 1970s, Su Richardson, and street artist, Fokawolf.

Other postcards were designed by up-and-coming graduates from Birmingham School of Art, potentially offering an early look at some of the big names of the future. All supporters were randomly allocated a postcard, only discovering which one they bought when it arrived through the post. Funds have been divided between Women’s Aid, the national charity, and the local Birmingham and Solihull Women’s Aid branch.