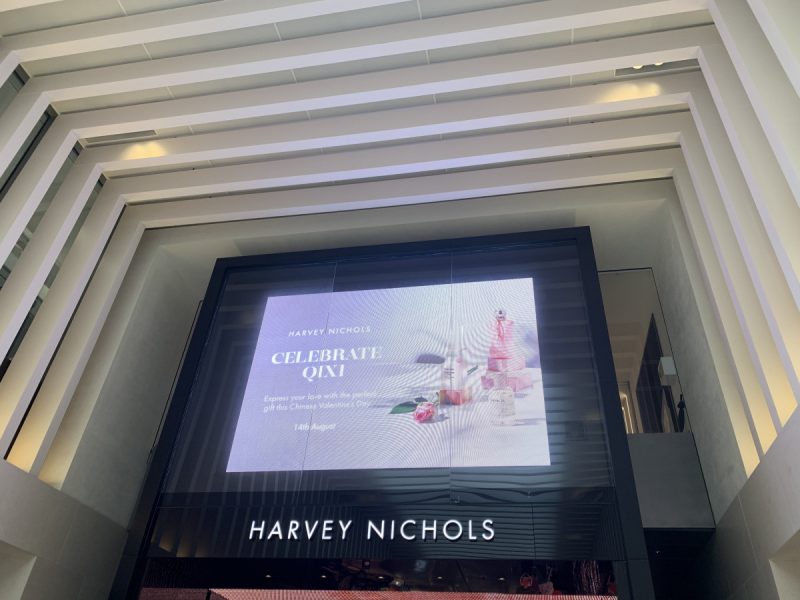 ‘Tis the season to be spooked and it’s time to decide whether you’re going to trick or treat. Cause mischief with Fallen Angel Drinks’ fearsome yet intensely flavoured spirits; satisfy any goblins and ghouls with mouth-watering sweets from Laura’s Confectionery or work your wizardry skills with Harry Potter’s magic treats straight from the Hogwarts Express trolley. Check out some of our favourites below… 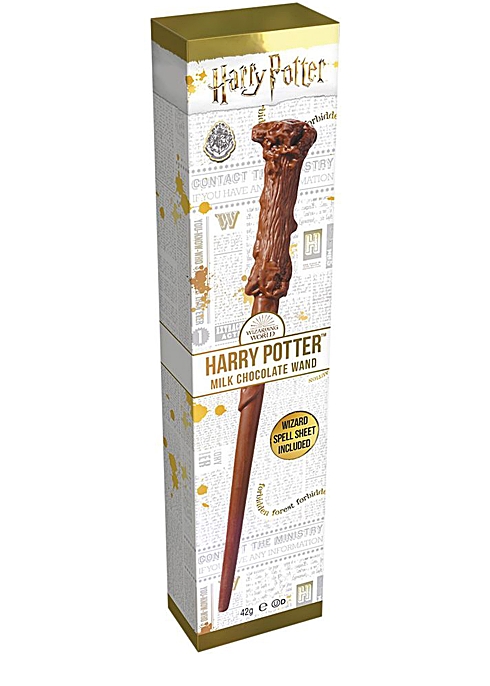 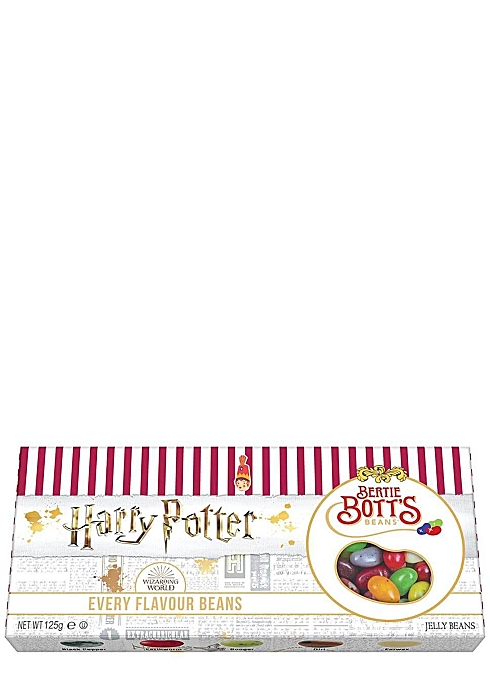 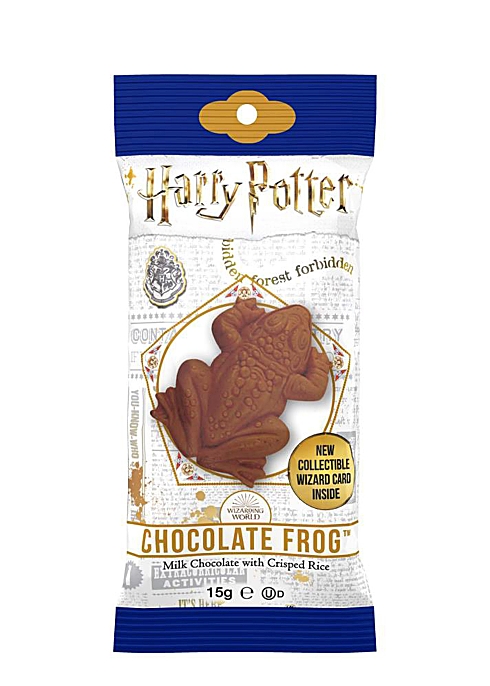 A spellbinding present for Harry Potter fans, this approximately 25cm Milk Chocolate Wand is simply magic. Complete with a collectable spell sheet, it’s perfect for trick-or-treating at Halloween or maybe a Christmas gift for any students aspiring to a place at Hogwarts School of Witchcraft and Wizardry. Disarmingly charming. Expelliarmus!

True to the Harry Potter stories, these magic beans are “a risk with every mouthful”, because although there are lots of delicious ordinary flavours, they also come in some deviously strange and downright disgusting ones. This gift box contains ten flavours that seem to lean towards the latter type: black pepper, booger, dirt, earthworm, earwax, grass, rotten egg, sausage, soap and finally, Professor Dumbledore’s nemesis, vomit. Sure to cast a spell on you, they’re the perfect Halloween trick-or-treating gift for Harry Potter fans, and – as you’ll know – they always prove a popular Christmas present for the students of Hogwarts School of Witchcraft and Wizardry.

The students at Hogwarts School of Witchcraft and Wizardry collect and trade Chocolate Frog Cards, and now you can too. This Chocolate Frog – made from deliciously creamy milk chocolate and crispy rice puffs – comes with ONE collectable lenticular card. There are fourteen different cards to collect in total, and they feature the following famous witches and wizards: Albus Dumbledore, Hengist of Woodcroft, Helga Hufflepuff, Salazar Slytherin, Gilderoy Lockhart, Godric Gryffindor, Rowena Ravenclaw, Jocunda Sykes, Artemesia Lufkin, Bertie Bott, Devlin Whitehorn, Merlin, Daisy Dodderidge and Garrick Ollivander. Which one will you get? 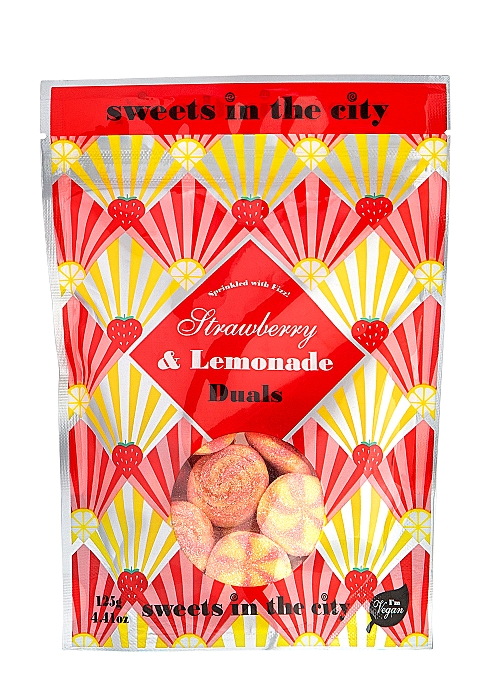 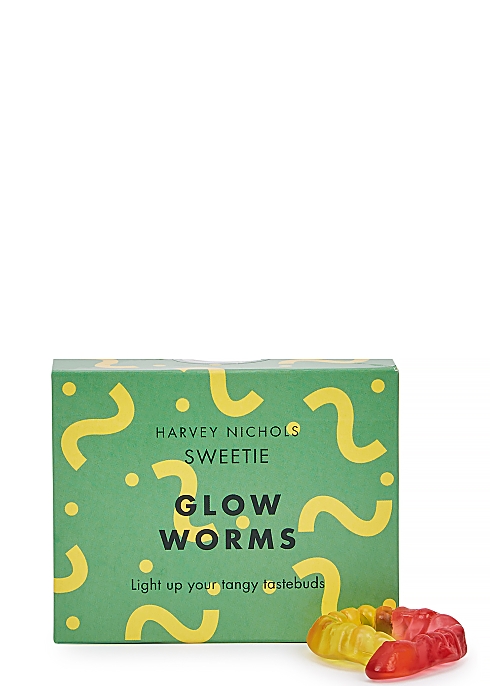 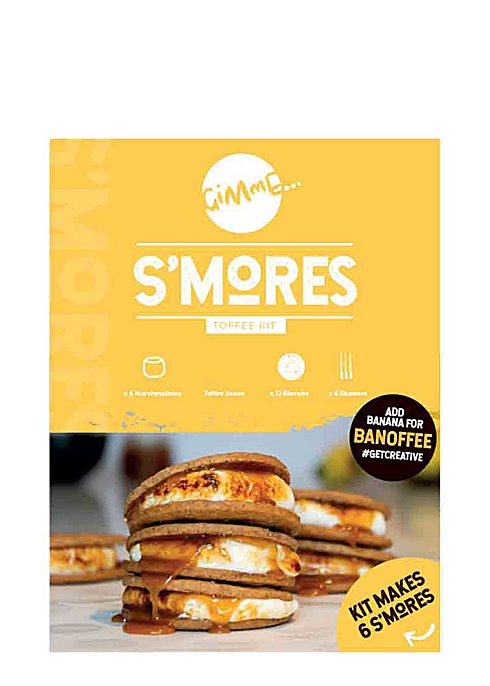 Double the taste for double the fun. Sweets in the City’s super-inclusive new Duals are vegan-friendly and gluten-free fun for everyone, with all-natural flavours and no artificial colours.

The Strawberry & Lemonade Duals are a chewy delight with a jelly centre that’s bursting with real fruit juice flavour. But the summery excitement doesn’t stop there, because they’re also sprinkled with a sugary fizz to keep you sweet.

Entomophagy has long been touted as the next superfood craze. But it hasn’t quite happened. Even The New York Times asked: “Why aren’t we eating more insects?” But the answer is simple: it’s just a bit gross. But opinions on eating creepy-crawlies could all be about to change. Introducing Harvey Nichols Glow Worms. Tangy, chewy, fruity and completely bug-free, these jellies are about to light up your world.

To make the perfect toffee s’more, simply take two biscuits and spread one with a thick layer of toffee sauce. Toast your marshmallow (either over an open flame or grill rotating slowly) until golden on the outside and gooey on the inside. Place the marshmallow on the naked biscuit, then place the one with the toffee sauce on top to create a sandwich. Squeeze it gently and leave it to cool slightly before diving in. Why not try adding fresh banana to make them banoffee s’mores? 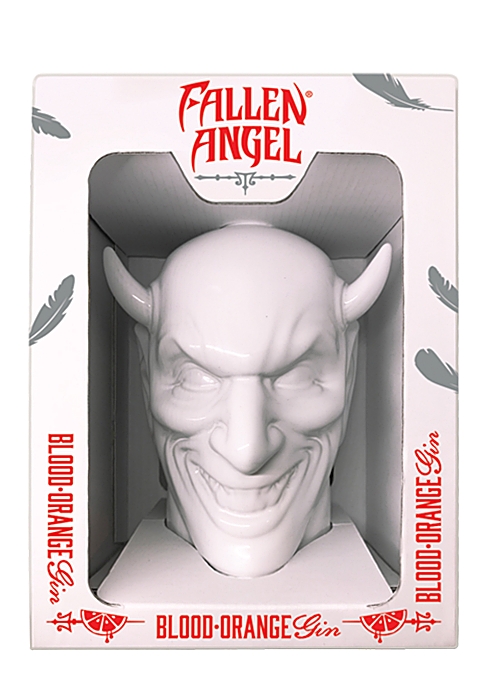 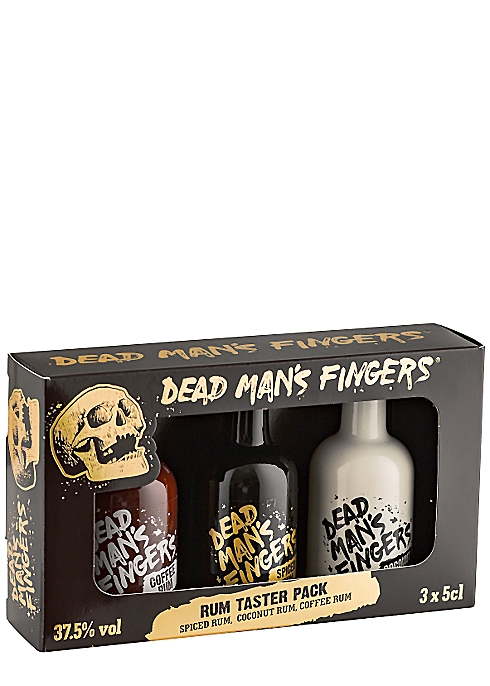 Toast to the Spooky Season

This white ceramic Lucifer head contains a gin so wicked, it would be worth selling your soul for. However, far from being an evil spirit, Fallen Angel’s DT5 Blood Orange Gin is a blend of a particularly powerful English gin, a secret concoction of botanicals and blood orange. It glows the reddish pink of flickering eyes in the dark, but don’t expect it to chill you to the bone, this is a warming brew of spicy marmalade and peppery juniper. Achieving perfect balance, its sweetness is offset by the sour bite of blood orange, and the feather-light spices are not overwhelmed by the richness of the gin.

Offering incredible value and a highly giftable way to explore the Dead Man’s Fingers Rum range, this Rum Taster Pack provides a double tot of the Spiced Rum, the Coffee Rum and the Coconut Rum. The San Francisco World Spirits Competition 2018 medal-winning Spiced Rum tastes like Christmas cake meeting vanilla ice cream doused in Pedro Ximénez Sherry; the Coffee Rum is a wake-up call to the senses; and finally the Coconut Rum will whisk your taste buds away to a Caribbean island paradise. Sip them neat, top them with cola, mix them into cocktails or drizzle them over ice cream; it’s all dead good.

As the weather cools off and vibes become more autumnal and eventually wintry, we all start to look forward to pumpkin spiced latte reappearing on the menu at our local coffee shop. This luxurious limited edition from Mozart means you can add that joyful flavour to all manner of things. It’s sure to be a spooky hit at any Halloween party and it makes a perfect partner to pumpkin pie on Thanksgiving Day. The possibilities are endless for this winning combination of pumpkin, nutmeg, ginger, vanilla, clove, caramel and creamy chocolate: create shooters with spiced rum, mix a Pumpkin Spice Martini, add it to iced coffee, beer, cakes and brownies, or simply drizzle it over ice cream. Simply gourd-geous.