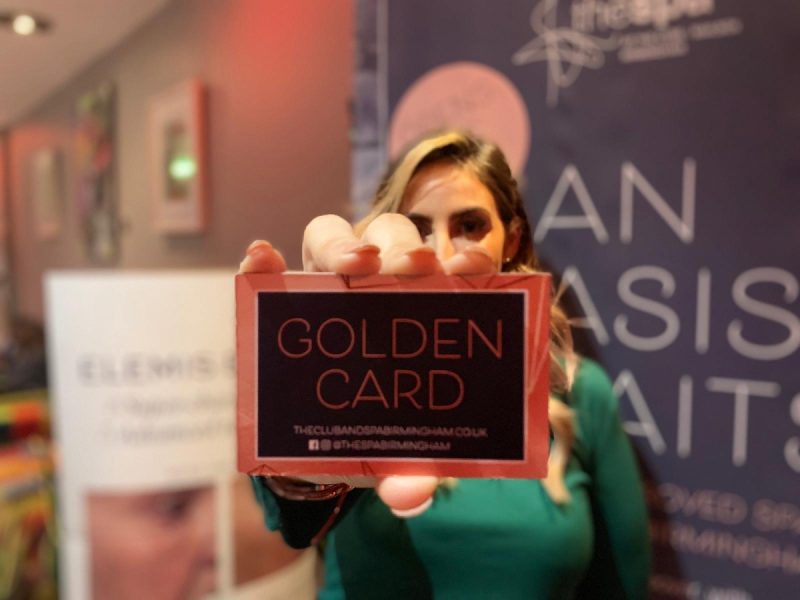 Residents in Birmingham city centre are being advised to look out for 10 golden cards that will give those lucky enough to receive them a prize of a lifetime.

Forming part of the relaunch activity of thespa at the Cube on Wharfside Street, the popular venue is giving away 10 ‘super’ prizes following a £500,000 refurbishment programme.

Exclusive to a defined leaflet drop within a half mile radius of the B1-postcode venue, residents who now receive an envelope through the door over the next few weeks are being advised to take a look inside before they discard it to the recycling bin!

That’s because 10 will contain exclusive golden cards that will give the bearer £1,000 worth of prizes including a year’s free membership to the health club, a series of PT classes and £200 worth of treatments in the newly opened spa.

Jennifer Butters, manager at the popular spa said: “We employ a lot of local people and use a lot of local suppliers and like to think we form an integral part of the community, so it’s our way of giving something back.

“The team will be out and about over the next few weeks delivering envelopes through people’s letter boxes which will include news on the reopening of the spa. All I can say is take a look inside as we don’t want those who receive these special golden cards to miss out.

“If you receive one of these keep it safe and get in touch with the spa as soon as possible. We’ll then arrange a day and time for the winners to pop in to start enjoying the facilities.

“A lot of local people already use the club and spa, and is certainly a hub for health and well-being, while the new spa facilities have elevated it to being one of the best spas not only in Birmingham but possibly the whole of the Midlands.”