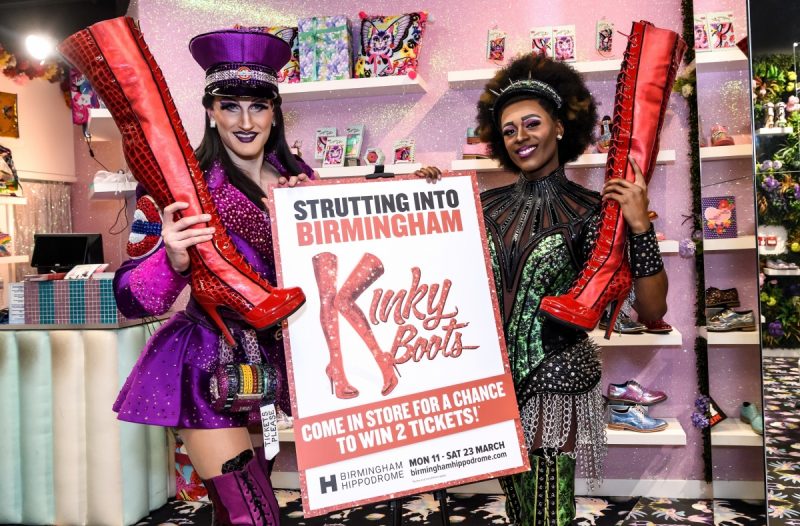 Donned, with knee-high boots, rhinestones and plenty of sparkle, cast members of the smash-hit musical Kinky Boots left shoppers in Birmingham’s Bullring and Grand Central head-over-heels as they brought the windows of Irregular Choice to glittering life. 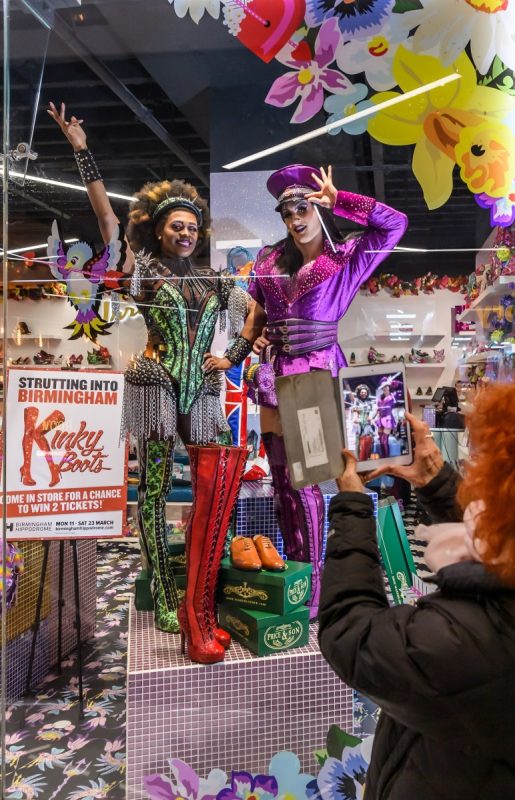 Posing as living mannequins, the ‘Angels’ surprised passers-by as the shop windows burst to life with a rainbow of colour thanks to some of the spectacular boots, shoes and costumes featured in the award-winning production.

Currently playing at Birmingham Hippodrome until 23 March, Kinky Boots tells the story of Charlie Price, a young man struggling to live up to his father’s expectations and continue the family business of Price & Son. With the shoe factory’s future hanging in the balance, help arrives in the unlikely but spectacular form of Lola – a fabulous performer in need of some sturdy new stilettos. 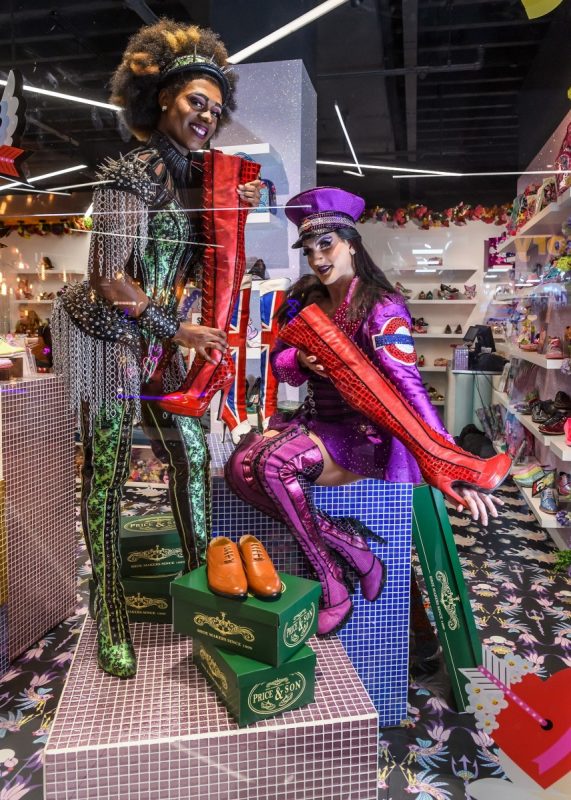 Kinky Boots was nominated for 7 Olivier Awards during its West End run and won the award for ‘Best New Musical’. The production has now won every major Best Musical award across the globe and was seen by over 1.4 million people during its time in London alone.