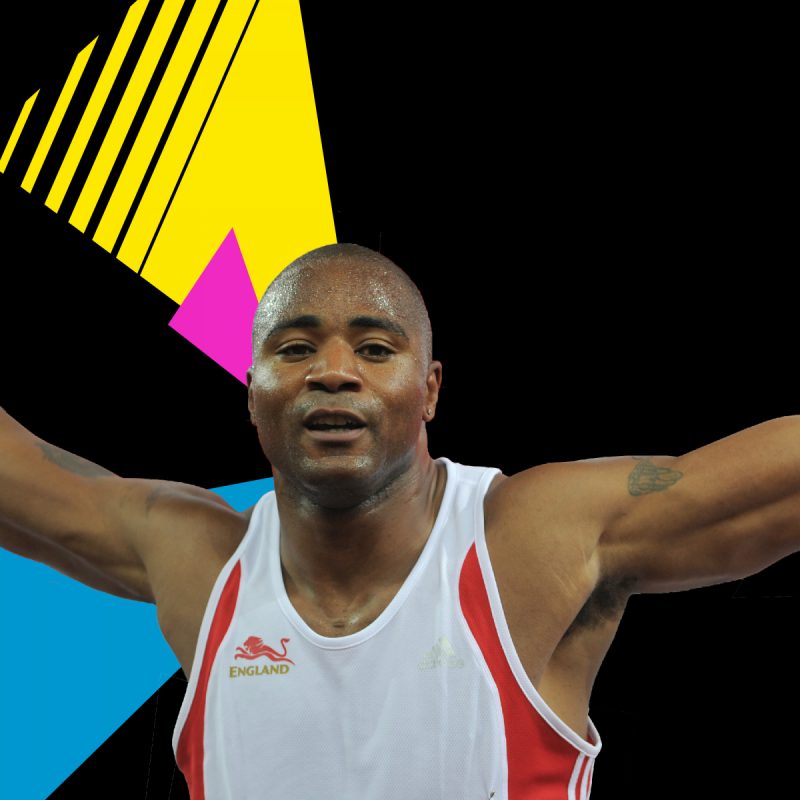 Olympic and Commonwealth sprint relay champion Mark Lewis-Francis says the Birmingham 2022 Commonwealth Games is going to deliver a lasting legacy for the region, and that he wishes he could have competed in his home city next summer.

The Black Country-raised sprinter is the latest guest on the Birmingham 2022 podcast series 22 Voices, featuring sporting legends and cultural trailblazers in the run up to the Commonwealth Games.

Speaking to presenter Vital Powers, Mark Lewis-Francis says the Games will have a huge impact on Birmingham and the West Midlands:

“Birmingham is definitely going to put on a good show. We always deliver. I’m a proud Brummie, born and bred, and some of the changes that have been made already, are going to create so many jobs, so much opportunity.

“I want the people of Birmingham to embrace it. We deserve this. It’s all about leaving a legacy for our future. Birmingham has got so much mad talent, and what these Games are going to do is open up a door for so many youngsters.”

The sprinter, who won gold and silver medals at the 2010 Commonwealth Games in Delhi, says athletics turned his life around after a difficult time at school, and he discovered the sport by chance after driving past the Alexander Stadium in Perry Barr with his father:

“I got expelled from high school, and spent six months at home. I remember driving past Alexander Stadium and asking him [his father] what that was. I’d never seen it before. So, we came back and I got introduced to my coach Steve Platt. Within a couple of months, I learned the ropes and things started to happen straight away. My schooling got better. The athlete was born in that very time.”

Mark Lewis-Francis says his Jamaican upbringing on the Grove Lane estate in Smethwick helped him learn the discipline to succeed in athletics:

“My Mom was a strict Jamaican woman. Every black child that lived in Smethwick back then had rules and regulations you had to abide by. It made me the person I am today. My discipline really did start from home, watching my Mom work the amount of jobs she worked, and provide and put food on the table for us.

“That gave me my drive in sport to never give up and always try and aim high. My Mom came over here [from Jamaica] with nothing and she ended up getting an education and a good job. That was my first interpretation of what hard work is.”

In the podcast, the retired sprinter also reflects on his journey to an incredible Olympic gold medal at the 2004 Athens Olympics, when he led the Great Britain 4x100m sprint relay team to victory, holding off the challenge of the American legend Maurice Green on the final leg. He says that despite the odds, he always believed the team could win:

“I always knew something special was going to happen at that Games. I remember feeling the Olympic buzz. We really tuned in as a team. We went out there as the underdogs; no one expected us to win an Olympic gold medal. I remember saying to the guys just before we went out there, ‘If you give me the baton in first place, I will not allow anybody to pass me’. And they gave me the baton in first place.

“I remember running down that track and everything just going blank, then crossing the line and there was no one there. It was one of the best feelings I have ever had.”

Mark Lewis-Francis also reflects on the injury problems that cut his career short, the impact of the death of his childhood coach Steve Platt, how Linford Christie helped resurrect his career, and the quieter life he now enjoys in South Wales with his partner and four children.

He also speaks about the Black Lives Matter movement sparked by the death of George Floyd, and his own experiences of racism in the West Midlands.

22 Voices is available to listen and subscribe from www.birmingham2022.com/22voices, and from all major podcast providers.