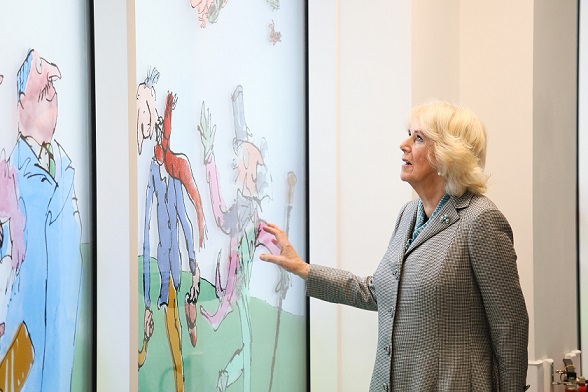 The charitably-funded project is the brainchild of Felicity Dahl, wife of the late author, who often used to visit the hospital as a child with her father Professor Alphonsus d’Abreu, then Dean of the Medical Faculty. She approached Sir Quentin Blake who was delighted to be involved and generously donated his original designs, which have now been transformed into a stunning series of stained-glass windows – the first-time Sir Quentin’s work or Roald Dahl characters have ever been produced in stained-glass. 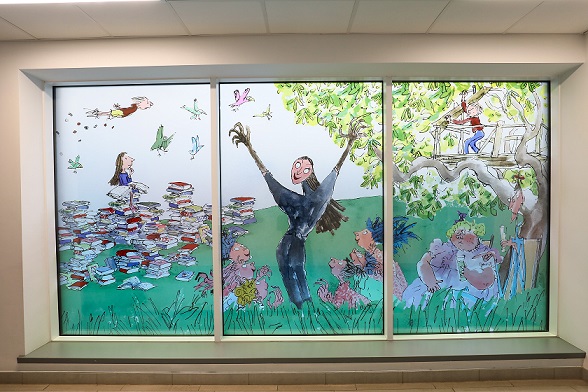 Birmingham Children’s Hospital Charity launched a campaign to raise the £234,000 needed to make the windows a
reality. Once the money was raised, work was able to start and the final installation is now housed inside Waterfall House, a state-of-the-art building, which is home to Birmingham Children’s Hospital’s world-class Children’s Cancer Centre and the UK’s first Rare Diseases Centre for children. The main window sits in the entrance to Waterfall House, while a series of nine smaller interior windows are situated along the building’s ground floor corridor.

HRH The Duchess of Cornwall was invited to the hospital to unveil the new installation and was able to get a closer
look at all of the windows, which feature favourite Roald Dahl characters that every child and parent will instantly recognise, including The BFG, The Enormous Crocodile and The Giraffe and the Pelly and Me, plus Matilda and Charlie and The Chocolate Factory. 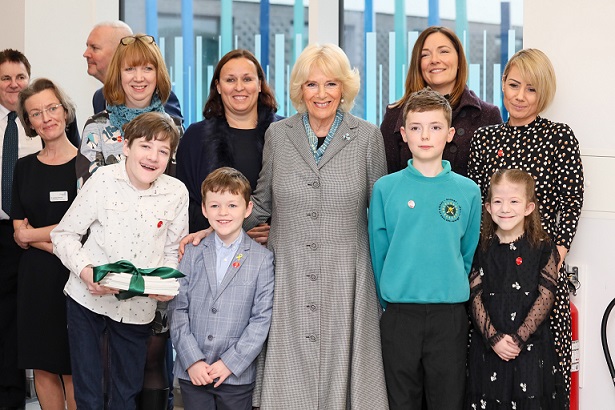