Style and rebellion set to be explored in new Birmingham exhibitions

New exhibitions, opening at Birmingham Museum & Art Gallery (BMAG) on Saturday 7 December, are set to explore the protests and people that have shaped the city and celebrate over 150 years of looking fabulous.

Birmingham Revolutions: Power to the People and Dressed to the Nines will showcase star objects from Birmingham’s collection and are part of a series of innovative displays that will encourage feedback from visitors to help shape the future of the museum.

From the Priestley Riots of 1791 through to the LGBTQ+ campaigns of today, Birmingham Revolutions: Power to the People, is a chance for visitors to discover the different voices and people that have fought for a better Birmingham. The exhibition will explore the city’s vibrant and varied history of protest and activism and the role Birmingham has played in some of the most important campaigns and movements in British history. The exhibition will look at a range of campaigns from the past 250 years including voting reform, nuclear disarmament, trade unionism, anti-racism and human rights.

Displays include banners used by the Birmingham Political Union in 1830s, a painting by one of the most famous war artists of World War I, C.R.W. Nevinson, and news bulletins from the 1926 General Strike. Also on show will be a Birmingham Women’s Suffrage Society Banner from 1908, and a portrait of pioneering peace campaigner Sophia Sturge, painted by conscientious objector Lawrence Deller while he was in Dartmoor Prison. 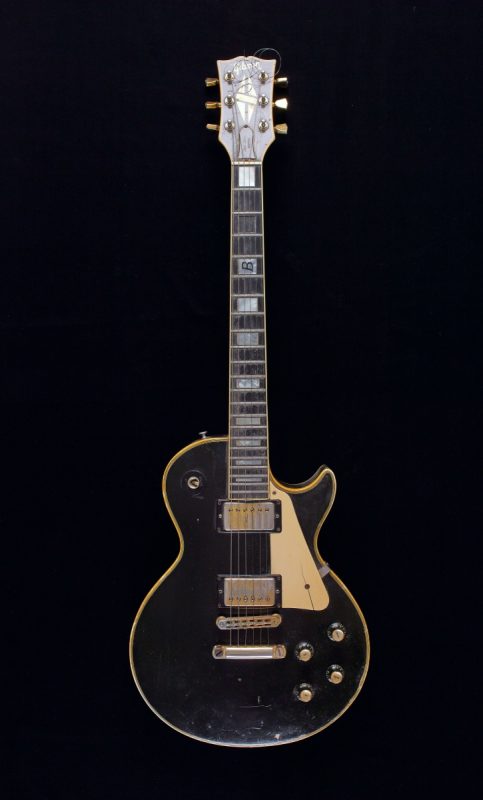 For the first time a Gibson Custom Les Paul guitar, played by Basil Gabbidon of Steel Pulse, will be on display as part of the exhibition. Formed in Handsworth in 1975, Steel Pulse became one of Britain’s most successful roots reggae bands, going on to win a Grammy award. Their first album Handsworth Revolution (1978) spoke of the racism, violence and discrimination experienced in Birmingham in the 1970s and 1980s. The guitar was acquired for the city’s collection as part of the National Lottery-funded Collecting Birmingham project, along with two photographic portraits by artist Pogus Caesar, who grew up in Birmingham, which will also be on display.

Both exhibitions will include photographs by internationally renowned photographer Vanley Burke documenting life in Birmingham, including images from the Handsworth Riots, which occurred in 1981 and 1985. 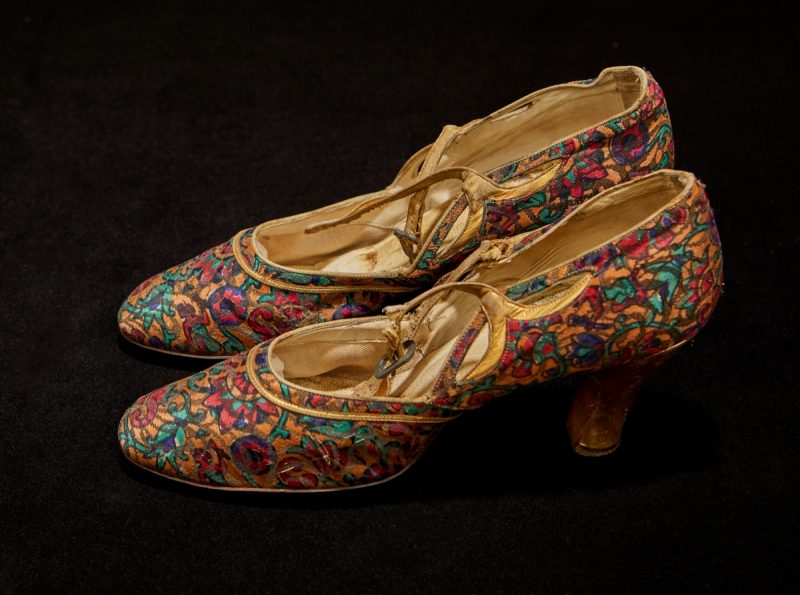 Showcasing gems from Birmingham’s costume collection, Dressed to the Nines explores how fashion and dressing up for special occasions has changed since the 1850s. From formal balls to contemporary drag, clothes play an important part in going out and often become cherished items.

The exhibition includes a selection of garments, accessories and works of art, many of which have never been on display before. Expect fabulous outfits, from a 1958 Christian Dior cocktail dress to a colourful lurex maxi by Bill Gibb, a renowned Scottish fashion designer in the 60s and 70s.

See a full 1930s outfit worn by Lady Canning, wife of the Lord Mayor, which was worn to the Birmingham Centenary dinner at the Grand Hotel in 1938, where the city celebrated a hundred years since it incorporated as a Borough. A court uniform by Prime Minster Neville Chamberlain will also be on display, as an example of the kind of clothes that would have been worn to state balls and evening parties in the early 20th century. 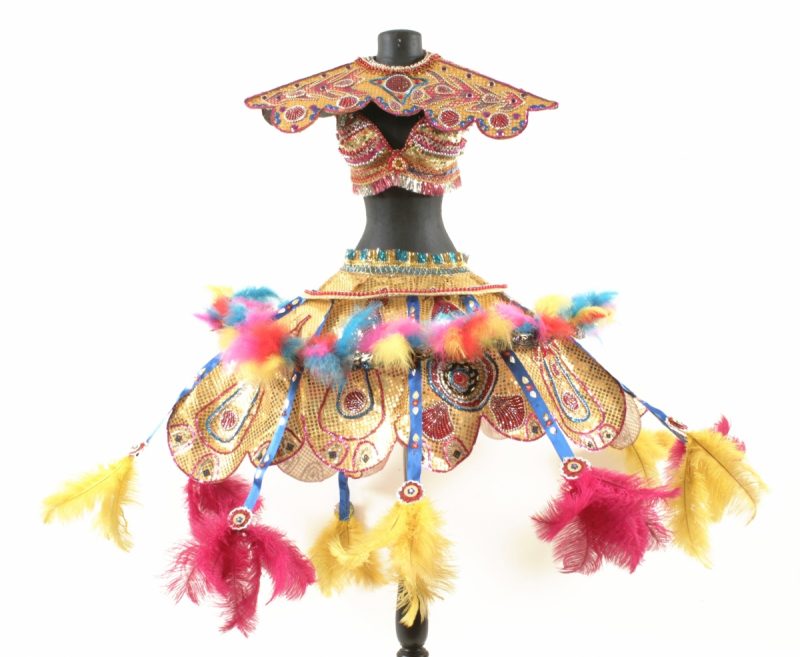 Dazzling shoes from across the decades will adorn the exhibition, along with a carnival queen costume designed and made by Professor Black, who has been creating costumes for the Birmingham Carnival since it began in 1984. The event, which celebrates Afro-Caribbean culture, happens every two years and starts with a parade through Handsworth led by the Carnival Queen.

The exhibition will also include a display of works of art which explore fashion, including watercolours, drawings and photographs by Laura Knight, John Everett Millais, Vanley Burke and Dante Gabriel Rossetti.

Visitors are encouraged to help to bring the exhibitions up to date. Birmingham Museum & Art Gallery wants your images to form part of the Dressed to the Nines exhibition. Share your pictures and memories of dressing up and going out in Birmingham, past and present. Find out more here: birminghammuseums.org.uk/blog/posts/dressed-to-the-nines-call-for-photos. 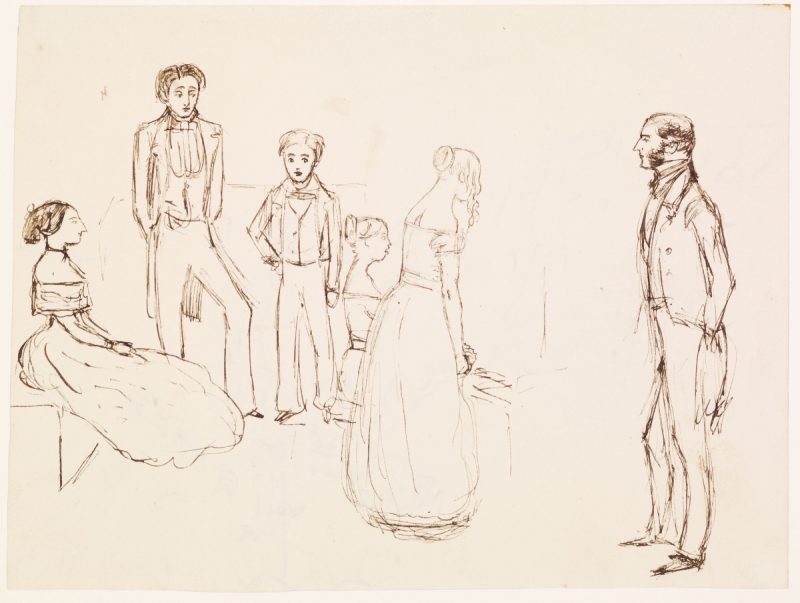 In Birmingham Revolutions there will be a community noticeboard to share campaigns happening today. The exhibition teams are also interested in hearing about areas of Birmingham’s protest history that are not yet represented in the collection, to help inform future plans.

Dr Ellen McAdam, Director of Birmingham Museums Trust, said: “Birmingham’s collection helps us reflect on how the city has changed and evolved and how the people of Birmingham have influenced this. We are delighted to be showcasing these objects from the collection to tell these important stories, but we also know there are gaps we need to fill. With visitors help we can continue to collect and gather stories that will have a long-term impact on the museum and the city’s collection.”

The free exhibitions in galleries 12 and 13 open on Saturday 7 December running until Friday 4 September 2020.

Find out more at www.birminghammuseums.org.uk/whats-on.