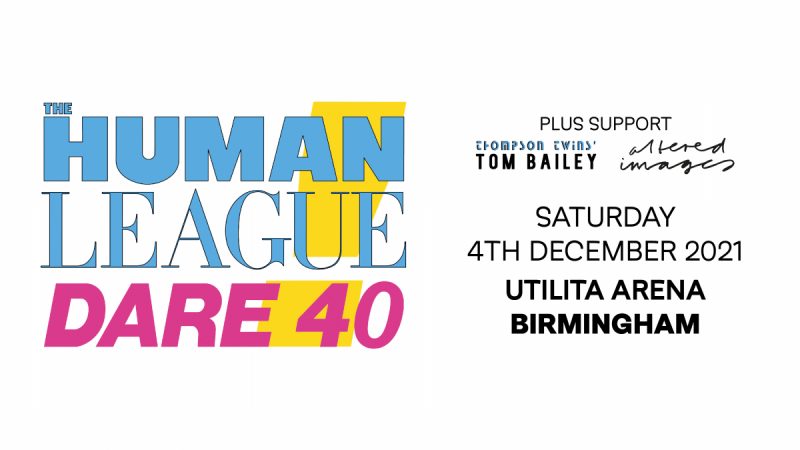 Celebrating forty years since the release of DARE, The Human League will be performing this classic album in its entirety, as well as other hits from their extensive back catalogue, on Saturday 4th December, at Utilita Arena in Birmingham.

Originals of the British New Wave/Synth scene, The Human League dominated the airwaves and charts throughout the 80’s with their dark yet stylish post punk electronica, which remains as fresh, current and highly influential today as it did with the release of DARE on the 16th October 1981. DARE contained four hit singles, including the No 1 ‘Don’t You Want Me’, staying in the charts for five weeks and making the 1981 Xmas No.1 slot.