We’re A Knockout Comes To Birmingham 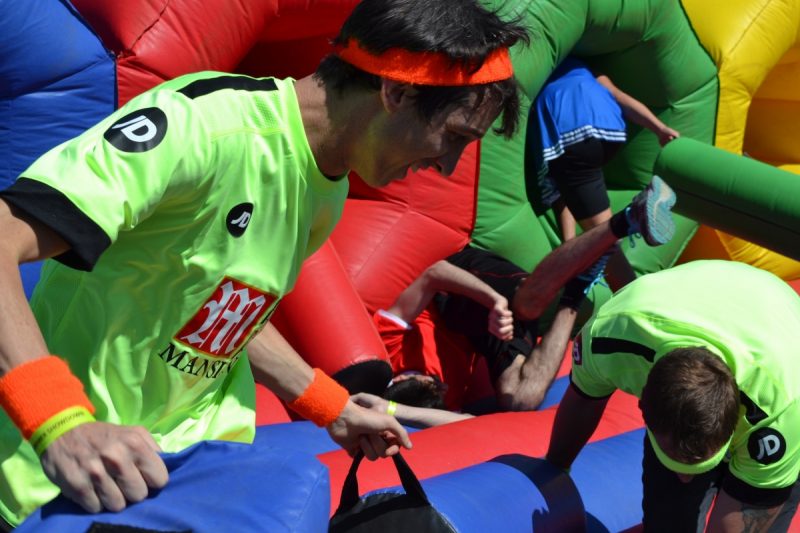 Take part in Midlands Air Ambulance Charity’s version of the hit TV show It’s a Knockout to raise much needed funds for the lifesaving service.

The event, which takes place in Wythall in Birmingham on Sunday 12th August, will see twenty-four teams of ten compete across nine different inflatable obstacle courses, including the Teletubbie Challenge, the Canon Run, the Boat Race, the Foam Pit and the Dam Buster Run.

Jason Levy, fundraising and marketing director for Midlands Air Ambulance Charity, said: “This is a fantastic day out that everyone can get involved in, and is guaranteed to be a huge hit with Midlands Air Ambulance Charity fundraisers. Having fun whilst raising money for a very worthy cause is one of the best ways to support us, and I’d encourage anyone to get a team together and get involved.

“Each Midlands Air Ambulance Charity mission costs on average £2,500, and with no Government or National Lottery funding, events such as We’re a Knockout keep our helicopters in the air and delivering vital pre-hospital emergency care every day.”

To find out more or register your team, call Abbie Hawkins on 07841 489157, or sign up online at midlandsairambulance.com.