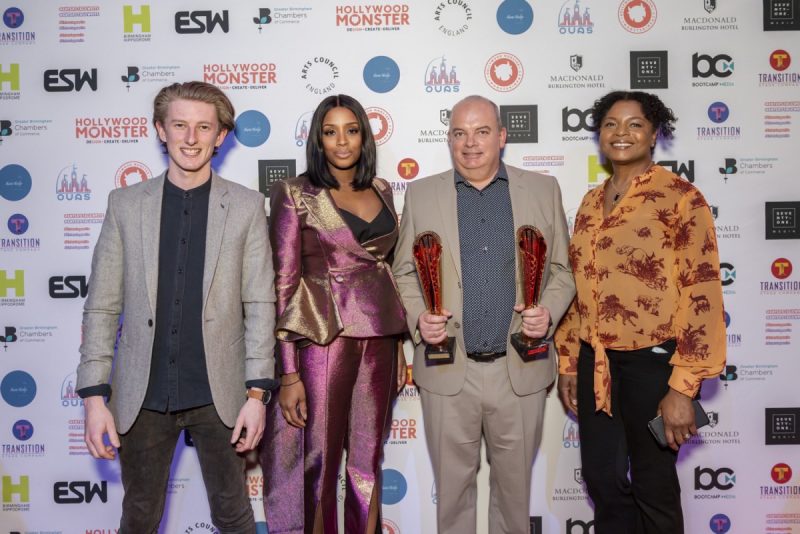 Enter Stage Write, an annual West Midlands scriptwriting competition with an international judging panel from the world of film and TV, is set to reach a global audience this year.

The innovative competition, which gives budding writers a chance to see their work brought to life, was faced with the Covid-19 lockdown restrictions. However, multi-award nominated entrepreneur and founder, Natalie Edward-Yesufu, has proven to show resilience in the face of adversity and adapt the competition for 2021 by streaming the competition online.

The hugely successful competition encourages script writers to submit a script for a short film. Six of the shortlisted scripts, chosen by a panel of judges made up of prolific industry professionals, will then be performed by local creatives and filmed, rather than performed on stage as done in previous years. This will allow the judges, and members of the public, to view the works of art online.

The winning wordsmith will receive £1,000 of prize money and a year of support and meetings with TV and film professionals.

Previous winners of Enter Stage Write have gone onto achieve colossal success within the industry. A previous winner, Abraham Adeyemi, won a Tribeca Award for Best Short Film and is working with ITV. Abraham will be returning this year as a judge alongside the highly-esteemed international judging panel. Last year’s winner, Jonathan skinner, had their script picked by the judges to make into a short film.

“I am ecstatic to relaunch Enter Stage Write 2021 competition and play a leading part in creating an even playing field in the creative sector. Even though the world of theatre has taken a massive hit during the pandemic – ‘The Show Must Go On’.  Enter Stage Write is a scriptwriting competition for the screen too and now more than ever, there is a demand for fresh new voices and content while we watch more TV at home and, of course, the streaming wars. There has never been so much opportunity for writers” says Transition Stage Company Founder, Natalie Yesufu-Edwards

Louise le Puloch will also be joining the panel for the first time. Louise works within Frenchkiss Productions based in Paris, who specialise in script development and produces TV shows for Netflix.

Enter Stage Write was founded in 2017 by actor, producer and solo-entrepreneur Natalie Edwards-Yesufu of the multi-award nominated company Transition Stage Company, in Birmingham to promote regional inclusion and better representation in the creative arts industries in the United Kingdom.

Scripts can be submitted here