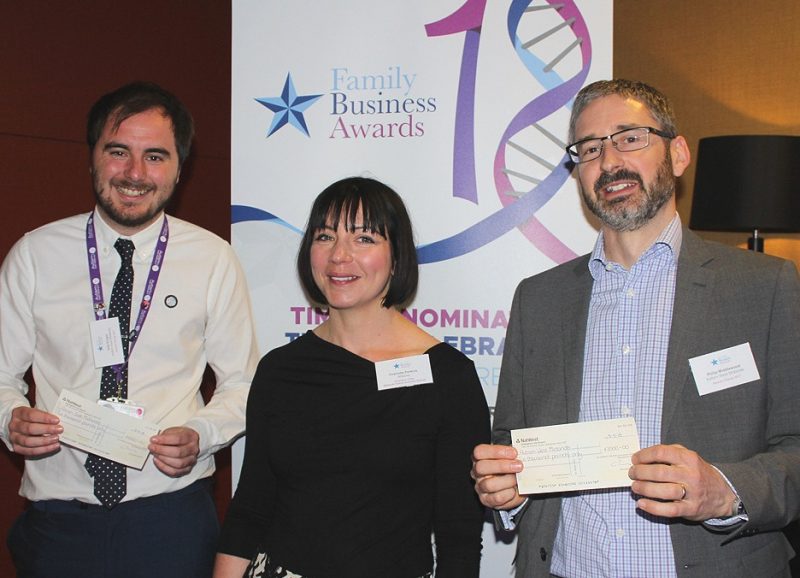 Entries for the UK’s only independent, not-for-profit annual Awards showcase for family businesses in the Midlands, are now open.

Organisers of the 2018 Midlands Family Business Awards hailed this year’s search officially open at their official breakfast launch last week, when past winners joined representatives from family firms from across the region, the Awards’ sponsors and supporters, and their organiser The Wilson Organisation.

Now in their ninth year, the Awards are the only initiative dedicated to celebrating and recognising the success, achievements and innovations of family run and owned businesses across the Midlands.

Details of the full line-up of categories and sponsors of the 2018 Awards were revealed at the Birmingham event, which also marked the official handover of the funds raised by the Awards last year to their chosen charities – £3000 to Alzheimer’s Society, and Autism West Midlands and Autism East Midlands each received £2000.

Business management software company OrderWise, the current titleholder of the flagship Midlands Family Business of the Year, was announced as this year’s headline sponsor.

The full line-up of categories and their sponsors in 2018 is:

Speaking at the launch, Charlotte Perkins, MD of third generation family business The Wilson Organisation, explained: “The Awards are firmly established as a highlight in the Midlands calendar, and this year look set to be even bigger and more exciting than ever.

“Year-on-year, the Awards grow in strength, popularity and awareness, and bring together a network of over 1,000 family businesses.

“We are indebted to all our sponsors and wider Awards team for their continued support, and thrilled last year’s Awards successfully raised so much for our chosen charities.”

The 2018 Midlands Family Business Awards climax with a black-tie dinner and ceremony on Thursday 22nd November 2018 at Leicester’s Athena, where the winners and highly commended in each category will be announced.

Entries for the 2018 Awards are free, open to all Midlands family businesses, and can be made via the Awards website www.familybusinessawards.co.uk, from now until midnight on the 13th July.