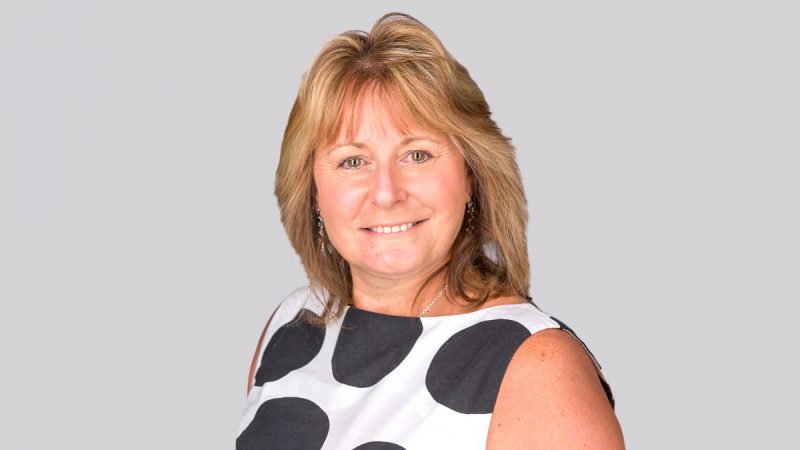 In a year that has seen High Streets being brought to their knees, we talk to Trish Willetts, BID Director at Coventry BID about how Coventry is fighting back into business and using arts and culture to heal the high street and strengthen the city centre.

Could you tell us a bit about who you are and what you do?

I’m Trish Willetts, I’m the BID Director for Coventry city centre, which is a Business Improvement District (BID) of 700 businesses that sit within the Coventry Ring Road. But as we call it in the BID, our beautiful moat! Once people get over our moat and come and see us in the city centre, they get to see this beautiful, medieval city being regenerated and brought to life before their very eyes.

The aim of the BID is to promote, develop and boost the city centre to make it a great place to work and visit. We get involved with all different types of projects but our priority areas are security and environment, enhancing the city and promoting its businesses and giving those businesses a voice and supporting their growth.

Every five years those businesses involved are asked whether the scheme should continue. Each business has one vote and in order for the scheme to be renewed there must be a clear majority by both the number of votes received and the total aggregate rateable value of the votes and I’m pleased to say that this is the BID’s fourth term. 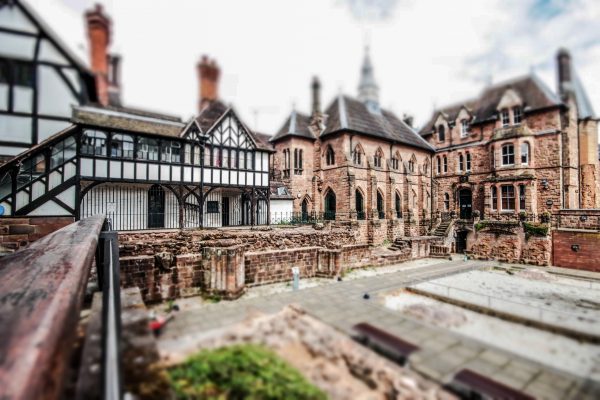 What a time to be involved in the growth of Coventry, not only as it celebrates its year as UK City of Culture, but as the country takes stock and rebuilds after a global pandemic.

Yes, we’ve been on quite the rollercoaster ride since the 7th of December 2017, when Coventry was announced as the UK City of Culture but, as you would expect, the last 12 months have been the hardest of my career. We had to put the whole team on furlough, but I stayed and worked through it with support from our businesses and partners like Fraser Urquhart Media who, God Bless them, would listen to my rants every week, as we talked through and planned how we could help the city rebuild. It became like a therapy session!

So, it’s been a really tough year, but Coventry is a strong city and, for me, working hard to make sure there is a positive future when we can get back to normal has really helped. I’m a lucky girl in that I’ve got an incredible, supportive family that have allowed me to work all hours. I became a Grandma to baby Hugo in late 2019 so, like so many of us, have really missed his first year. I’ve also got a 90-year-old Dad, so we’ve been WhatsApp calling, FaceTiming and Zooming at both ends of the spectrum. Thank God for technology!

So how have things progressed with the UK City of Culture plans?

Well, it’s got off to a fabulous start hasn’t it! We’re honoured to be a delivery partner for it. We first got involved in 2017 and we visited other cities such as Nantes and Toulouse in France to see what they had done and it was really helpful as they are both, as cities, hives of industry like Coventry but that are extremely focused on their cultural heritage and legacy. Seeing that relationship between business and culture really whet my appetite for what we could do here in Coventry.

For example, many of the shops in Nantes had wonderful windows and they has a really positive impact on the city so we thought, could we do that in Coventry? And the answer was yes, we could! So we commissioned a designer from ITV Creates, Charlie Levine, to take inspiration from this and make it something unique to Coventry which she has done working with local artists for The Show Windows Project. 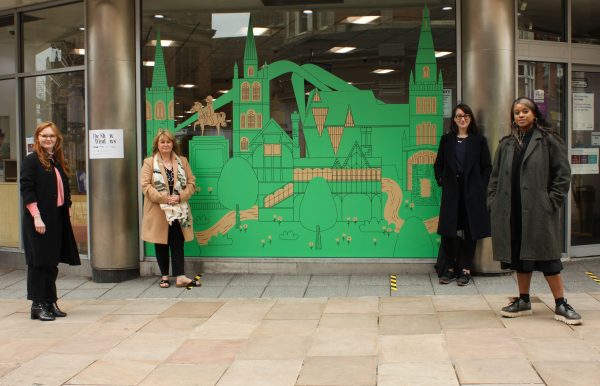 Tell us more about The Show Windows.

Inspired by Wizard of Oz author L. Frank Baum’s book, The Show Windows about shop window design, the idea has been to turn the city’s windows into places of fantasy. In tribute to Baum and with the concept of a land beyond the rainbows in mind we’ve had local artists Ben Javens reimagine Coventry as the Emerald City from The Wizard of Oz – even the river Sherbourne that runs right underneath the city is captured.

The Show Windows project has actually now received funding from Arts Council England, the first time nationally that a BID project has received a grant from ACE. That’s quite a coup…

It’s been wonderful that Arts Council England have seen the value in the work that we’re doing here in Coventry and are investing in it. And that it’s supporting work that is designed to drive people back into our city centres, at a time when they’ve never needed it more. We’ve worked really hard throughout the lockdown period towards becoming the UK’s first Cultural BID team, to make sure that culture and business work hand in hand to develop and improve the city and to keep the high street at its heart. We all know that going forward we need to look at keeping the life within our city centres differently and that’s what we’re committed to. All the money we receive from the projects we work on gets ploughed straight back into the city. It opens the door to keep working with Arts Council England to revitalise our city centres. 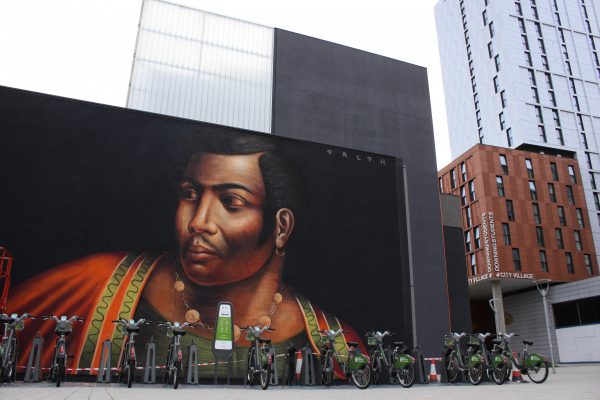 Tell us about your other City of Culture partnership project, In Paint We Trust.

We’ve worked with the wonderfully talented Street Art Strategy to produce new artworks across the city in unusual and unexpected spaces both in the city centre and neighbourhoods. Local street artists have been given the opportunity to tell the stories that are important to the city on spaces that have been previously unloved. They’re vibrant, challenging, bold and beautiful conversation starters all across the city.

What is it about Coventry that makes it so special?

Coventry is the best city I’ve worked in. Ever. Everybody cares. If the people of Coventry want to tell you something, then they will. There’s nothing hidden behind a curtain. They come out and tell you to your face because they care about their city, and they want it to succeed.

Coventry is a strong city. The way people look at the city now is a million miles from how they did five years ago. I’m really proud of the part we have played in that. We’re regarded within the city, I think, as a bit of a maverick team that’s always pushing forward with new, fresh ideas to support the city’s businesses.

If you had to use just three words to describe Coventry, what would they be?