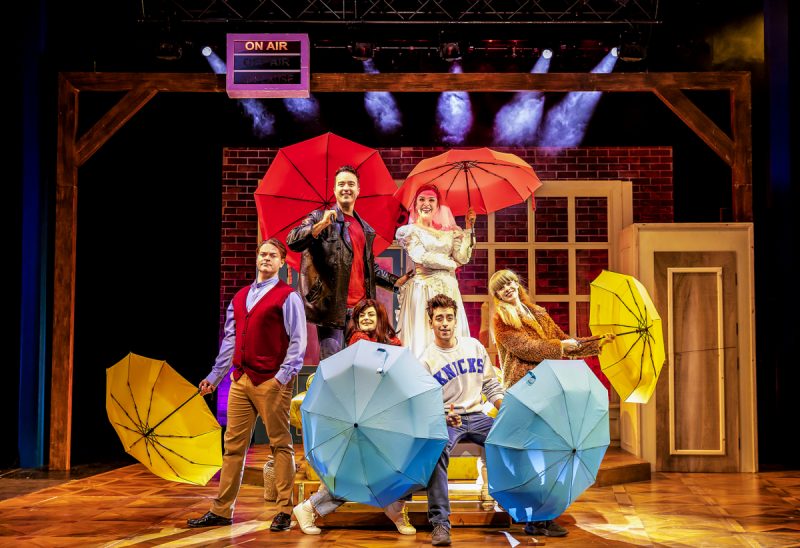 The Belgrade Theatre is getting set to bid 2020 goodbye with an exciting programme for spring 2021, leading into the start of Coventry’s year as UK City of Culture.

Running from March-July, the Belgrade’s Spring Season will include an eclectic mix of musicals, drama, family shows and live music, with highlights including West End hits SIX and Groan Ups.

First up, from 19-24 April, the Belgrade will be rolling out the red carpet for the multi-award-winning musical SIX, rescheduled from its previous dates in summer 2020. Get ready for a rebellious remix of 500 years of historical heartbreak as the queens of musical theatre prepare to conquer Coventry.

Then from 26 April-1 May, Mischief Theatre are back with their latest comedy caper Groan Ups, a show which asks whether any of us ever really grow up. Expect mishaps, quickfire gags and outright anarchy in this hilarious journey from the classroom to the workplace from the award-winning producers of The Play That Goes Wrong.

Also rescheduled from its original 2020 dates, tongue-in-cheek Friends parody Friendsical promises an irreverent but loving tribute to the classic TV sitcom. From 26-30 May, join the gang as they take on naked Thursdays, a power cut, a dinosaur convention and a raft of original songs including “(He’s Her) Lobster!” and “Richard’s Moustache”.

Plus, there’ll be even more fun for musical lovers on Sat 3 July, with Sing-Along-A screenings of The Greatest Showman and The Rocky Horror Picture Show.

Those looking for edge-of-your-seat entertainment can enjoy a thrilling night out from 10-15 May with Looking Good Dead, adapted from Peter James’ hugely popular Roy Grace novel. EastEnders’ longest-serving actor Adam Woodyatt stars as Tom Bryce, a witness to a murder who finds himself in danger after reporting the crime to the police.

The tension continues from 8-12 June in Dial M for Murder, a new production of the blueprint for the modern thriller, led by stage and screen star Tom Chambers as the charismatic and manipulative ex-tennis pro Tony Wendice.

For families, Shakespeare innovators Oddsocks will be back from 15-17 June with their own unique spin on The Comedy of Errors – a chaotic and outrageously funny story of separated twins and mistaken identity. For little ones, CBeebies superstar and preschool favourite Justin Fletcher presents an all-singing, all-dancing extravaganza in Justin Live on Wed 2 June.

As ever, there’ll also be an eclectic mix of live music including a celebration of reggae music and the Windrush story in RUSH on 1 April; a chance to relive the greatest hits of the 80s in 80s Mania on 3 April and Calling Planet Earth on 17 July; the return of the always popular Magic of Motown on 6 May, and best-loved numbers from Bond films across the decades in Bond in Concert on 22 June.

Look out too for tributes to a whole range of iconic artists from Elvis to Ariana Grande, from Luther Vandross to George Michael and from The Everly Brothers to Whitney Houston, as well as something a little different in An Evening of Burlesque on Sat 8 May.

Priority booking for all of these shows is now open to My Belgrade Members at Gold level and above at www.belgrade.co.uk, ahead of general sale on Tuesday 15 December. Please note that box office phone lines are closed while staff continue to work remotely.