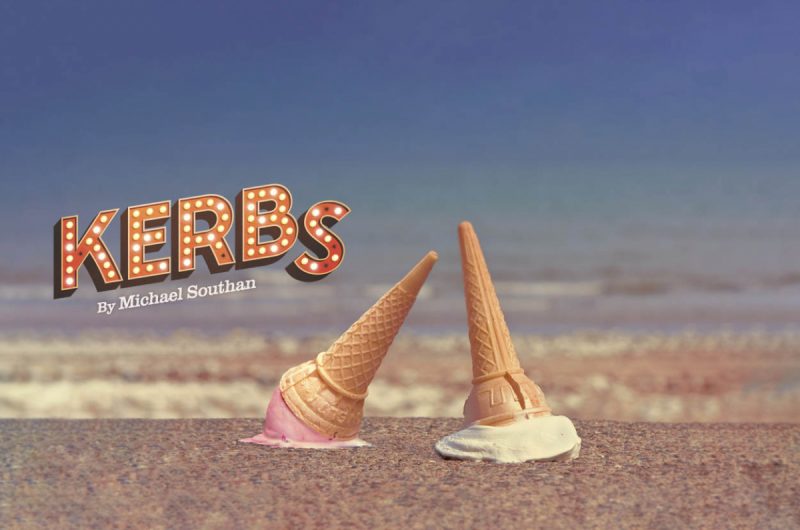 The Belgrade Theatre is delighted announce its full Autumn / Winter 2021 Season, running from Weds 1 September through to Sat 5 March 2022, with an eclectic programme of drama, music and entertainment.

As part of the venue’s work for Coventry UK City of Culture 2021, highlights include the world premiere of This Little Relic by Karla Marie Sweet, a metaplay about producing Ira Aldridge’s The Black Doctor, directed by one of the Belgrade’s three Co-Artistic Directors for 2021, Justine Themen, as part of the BBC’s Contains Strong Language Festival; the world premiere of Kerbs in association with Graeae Theatre Company; and the world premiere of SeaView, a unique digital project in partnership with Strictly Arts based on an original idea by Corey Campbell, one of the Belgrade’s other Co-Artistic Directors for 2021.

The Belgrade’s Autumn Season is completed by a variety of previously-announced shows including Dirty Dancing, The Play That Goes Wrong, A Christmas Carol starring Harry Potter and Game of Thrones actor David Bradley, and the brand-new musical The Ruff Tuff Cream Puff Estate Agency, co-produced with Cardboard Citizens for Coventry UK City of Culture 2021.

The Autumn season launches at the Belgrade with a series of one night music acts. The musical theatre concert show Masters of the House takes to the Main Stage on Fri 3 Sept, followed by the Dolly Parton and Kenny Rogers tribute act Islands in the Stream on Weds 8 Sept.

From Thurs 28 Aug – Sun 26 Sept, the Belgrade plays host to a variety of events as part of BBC’s Contains Strong Language – the biggest poetry and performance festival of new writing. Featured in this line up is This Little Relic by Karla Marie Sweet, a metaplay about producing Ira Aldridge’s The Black Doctor. Directed by the Belgrade’s own Co-Artistic Director for 2021, Justine Themen, This Little Relic will perform to a live audience on Fri 24 Sept and will be broadcast on BBC Radio 3 at a later date. All events in Contains Strong Language are free to attend.

This Little Relic then continues to run in the Belgrade’s B2 auditorium from Weds 29 Sept – Sat 2 Oct.

The Why? Event takes place on Fri 8 Oct, an exploration of why people stay in domestic abuse relationships. Delivered in a creative and unique way using dramatisations, spoken word and dance, it features special guest speakers Janika Cartwright and Naomi Donald. 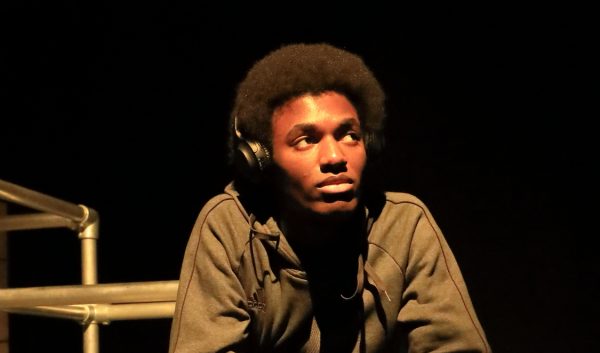 Mandala Theatre Company in association with Oxford Playhouse present Though This Be Madness from Weds 20 – Fri 22 Oct. The new play written by Avaes Mohammad and directed by Yasmin Sidhwa unravels what is happening to young people in relation to education, exclusion, gang grooming and too often, a pipeline to prison.

Sing-a-Long-a also makes a welcome return to Coventry with family favourites Grease and The Greatest Showman on Sat 23 Oct. Come along in fancy dress and sing your heart out to the iconic songs of these beloved films.

On Thurs 28 Oct, Voices of Legends brings the glitz, glamour and music of Bollywood to Coventry for one night only, starring award-winning singer and entertainer, Navin Kundra.

The Unremarkable Death of Marilyn Monroe arrives in Coventry on Weds 3 Nov. Written and directed by Elton Townend Jones and performed by Lizzie Wort, the life of the immoral Marilyn Monroe is unravelled. Be taken back through the memories of her closest relationships, leading us in real time to the very moment of her death. 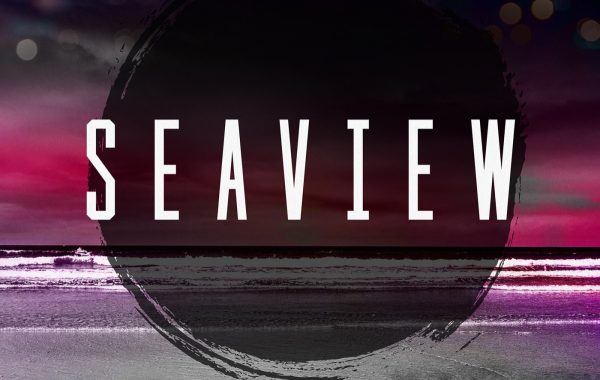 On Weds 10 Nov, the Belgrade hosts the world premiere of SeaView, their digital project for Coventry UK City of Culture 2021 in partnership with Strictly Arts Theatre Company. The ground-breaking family drama with a supernatural element follows two sides of one family, as they struggle to escape the often brutal reality of their lives. SeaView is based on an original idea by Corey Campbell, one of the Belgrade’s Co-Artistic Directors for 2021. The first three episodes of the six-part series will be screened at the Belgrade every day from Thurs 11 – Sat 13 Nov.

Following their annual pantomime (this year it’s Beauty and the Beast – oh, yes it is!), 2022 kicks off with a series of one night music and drama events. The Circus of Horrors returns with a new show celebrating their 25th anniversary on Thurs 20 Jan, followed by Roy Orbison and the Traveling Wilburys Experience on Fri 21 Jan and The Magic of Motown on Sat 22 Jan.

On Thurs 27 Jan, Here’s What She Said To Me takes to their B2 stage for one night only. Written by Oladipo Agboluaje from an idea conceived by Moji Elufowoju, the story of what it is to be a daughter and a mother is a kaleidoscope of music, ritual, poetry and movement.

Come What May, a tribute to Moulin Rouge and a fantastic range of other movie musicals plays on the Main Stage on Thurs 27 Jan, followed by Whitney – Queen of the Night on Fri 29 Jan and You Win Again, a musical celebration of the Bee Gees on Sat 29 Jan. 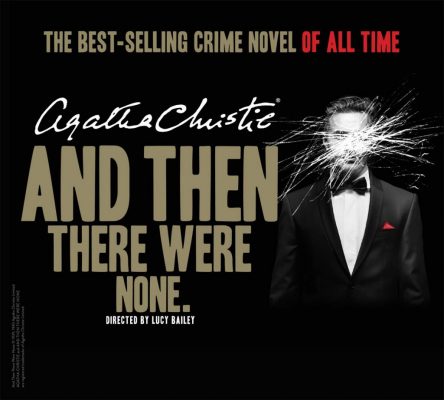 Agatha Christie’s classic crime novel And Then There Were None arrives on the Belgrade’s Main Stage from Mon 7 – Sat 12 Feb. Directed by Lucy Bailey, the story follows ten stranger who are lured to a solitary mansion off the coast of Devon. When a storm cuts them off from the mainland, the true reason for their presence on the island becomes horribly clear.

From Weds 9 – Sat 12 Feb, queer playwright Tom Wright brings the premiere of his hard-hitting and hilarious new play, I Ain’t Dumb, to his hometown of Coventry. A tough inner-city school, proud of its inclusivity, suddenly explodes in a rapidly escalating culture war.

A brand-new stage adaptation of Dan Brown’s best-selling novel The Da Vinci Code arrives at the Belgrade from Tues 22 – Sat 26 Feb. Adapted by Rachel Wagstaff and Duncan Abel and directed by Luke Sheppard, experience the international phenomenon live on stage for the very first time. 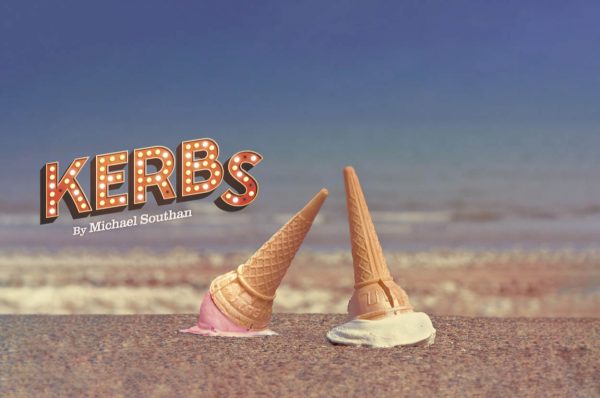 The Belgrade has teamed up with Graeae Theatre Company to present the world premiere of Kerbs as part of Coventry UK City of Culture 2021. From Sat 26 Feb – Sat 5 March, Michael Southan’s play tells the story of Lucy and David, whose much-needed holiday is plagued by problems including broken toilets, patronising staff and Lucy’s constantly interfering mum.

From Mon 28 Feb – Sat 5 March, multi-award winning Mischief Theatre return once more to the Belgrade with Groan Ups. Follow an unruly classroom of six year olds on their journey through anarchic high school teenagers to the challenges of adulthood.

Tickets go on general sale from Mon 26 July at www.belgrade.co.uk