COMMEMORATING THE BLITZ – ONE NIGHT IN NOVEMBER GOES ONLINE 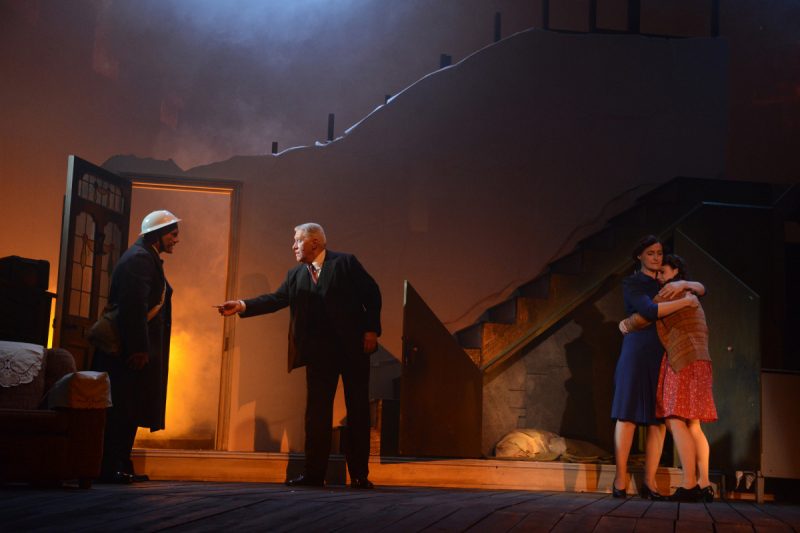 Commemorating the 80th anniversary of the Coventry Blitz this November, the Belgrade Theatre is streaming  its critically acclaimed production One Night in November.  Filmed in 2013, the breathtaking wartime drama will be available to stream online via the Belgrade’s website from 14-30 November.

Written by local playwright Alan Pollock and directed by Hamish Glen, One Night in November is one of the Belgrade Theatre’s most successful productions to date. It follows the story of one family’s harrowing experience of the Blitz, examining the idea that Winston Churchill may have had advance warning of the attack on the city.

The 2013 production, which is set to be streamed this month, starred Charlotte Ritchie, (Call the Midwife, Ghosts) as 18-year-old teacher-in-training Katie Stanley, who encounters Michael (Jason Langley), an Oxford lecturer, stranded at a railway station while awaiting the all-clear signal after an air-raid warning. This could be the beginning of a straightforward love story, but in wartime, nothing is simple. 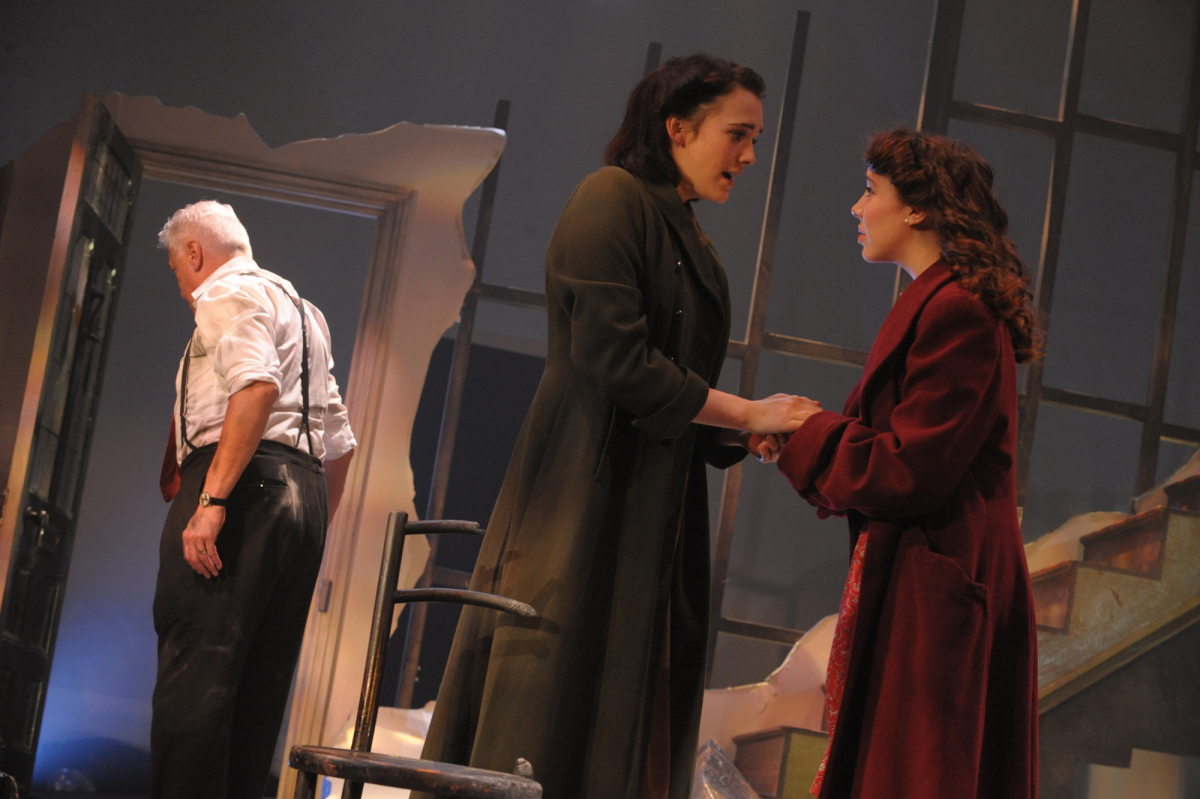 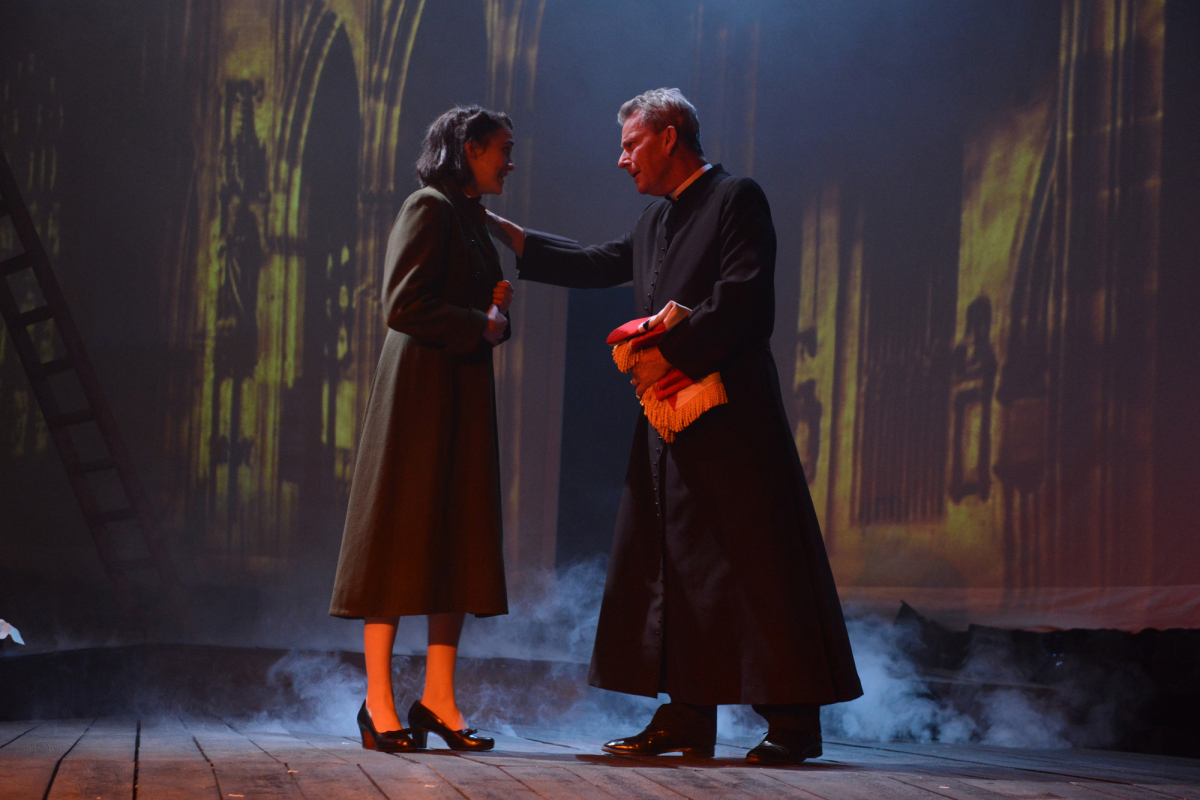 Meanwhile, the Coventry Lord Mayor’s Committee for Peace and Reconciliation are also marking the occasion with the release of a new film looking back on the Blitz from the perspectives of five different people who lived through it.

Set to premiere online at 8pm on Saturday 14 November, the film will feature the voices of two Belgrade Young Company members – Semilore Kaji-Hausa and Georgina Gibson – along with three volunteers from the Lord Mayor’s Committee – Paul Maddocks, Pru Poretta and Rhys Davies. 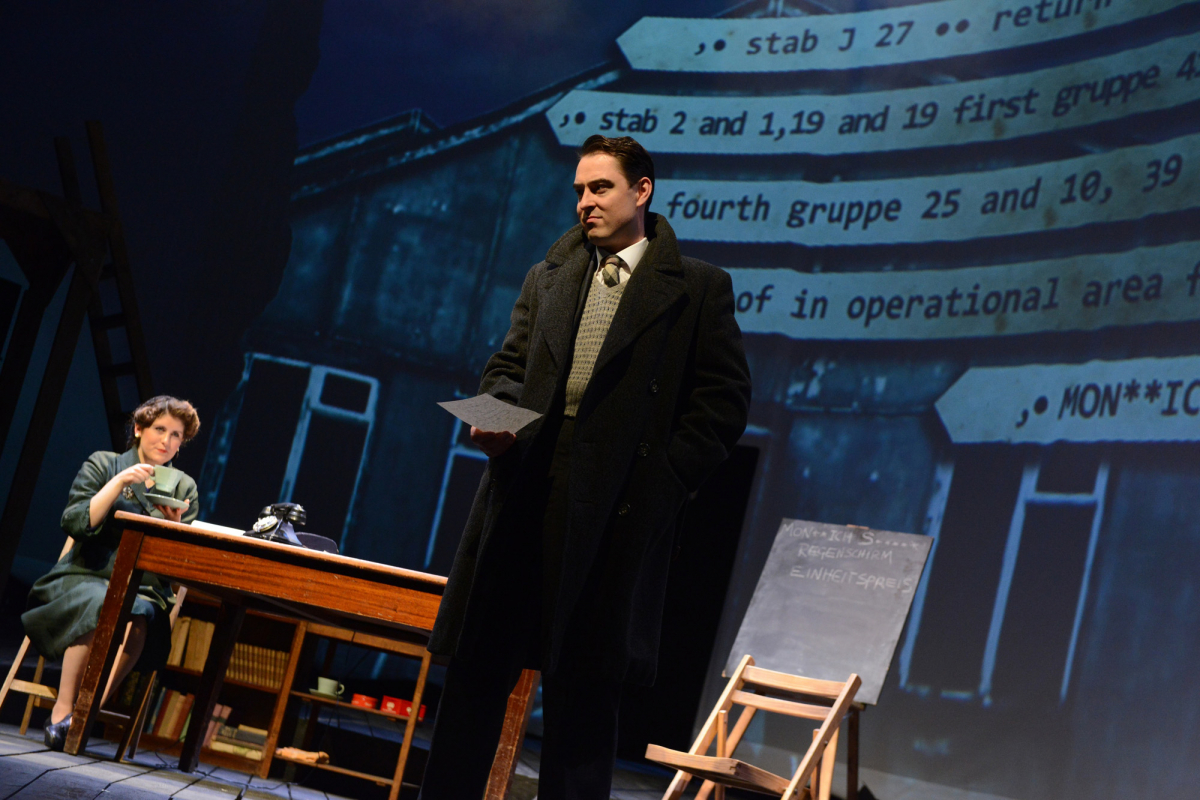 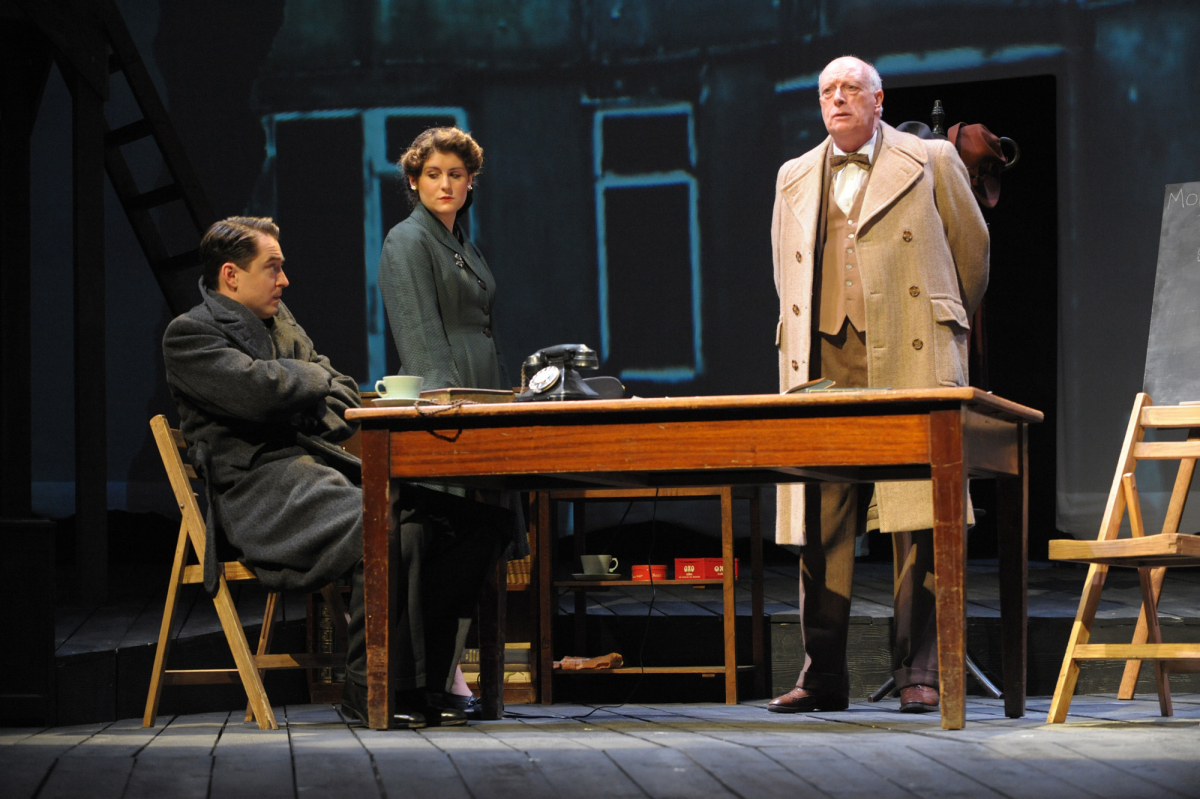 The idea for the project came about after the Committee published a book on behalf of Coventry Cathedral last year. The publication, Ruined and Rebuilt by Provost Howard, tells the story of the night bombs fell on Coventry, when Provost Howard and three other men ran through the Cathedral, trying to put out the fires. The very next morning, Howard resolved that the Cathedral would be rebuilt, and it was largely through his vision and leadership that Coventry was established as a city of peace and reconciliation.

Originally, the Committee had planned to host readings from the book in the ruins of the old Cathedral on the night of the 14 November. Over time, however, the idea developed of telling the story in a different way, with Dean John Witcombe reading the words of Provost Howard, alongside perspectives from a range of other people from the city. 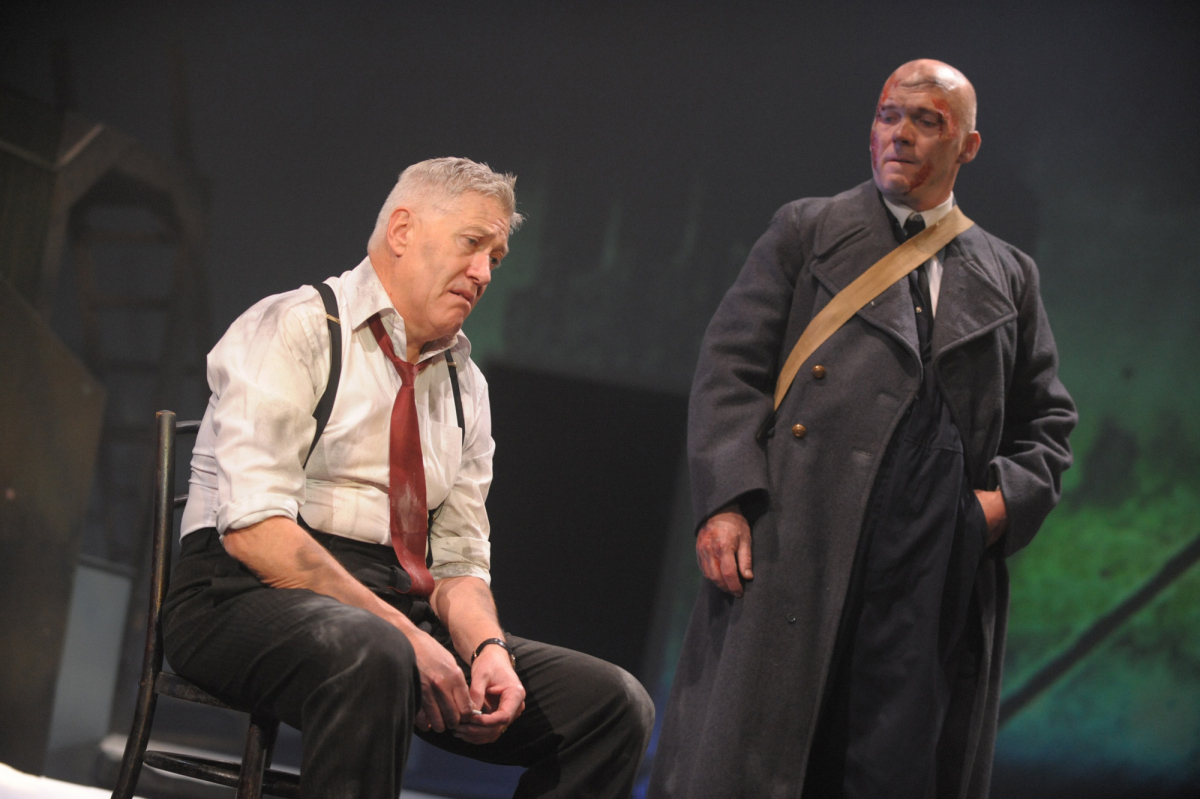 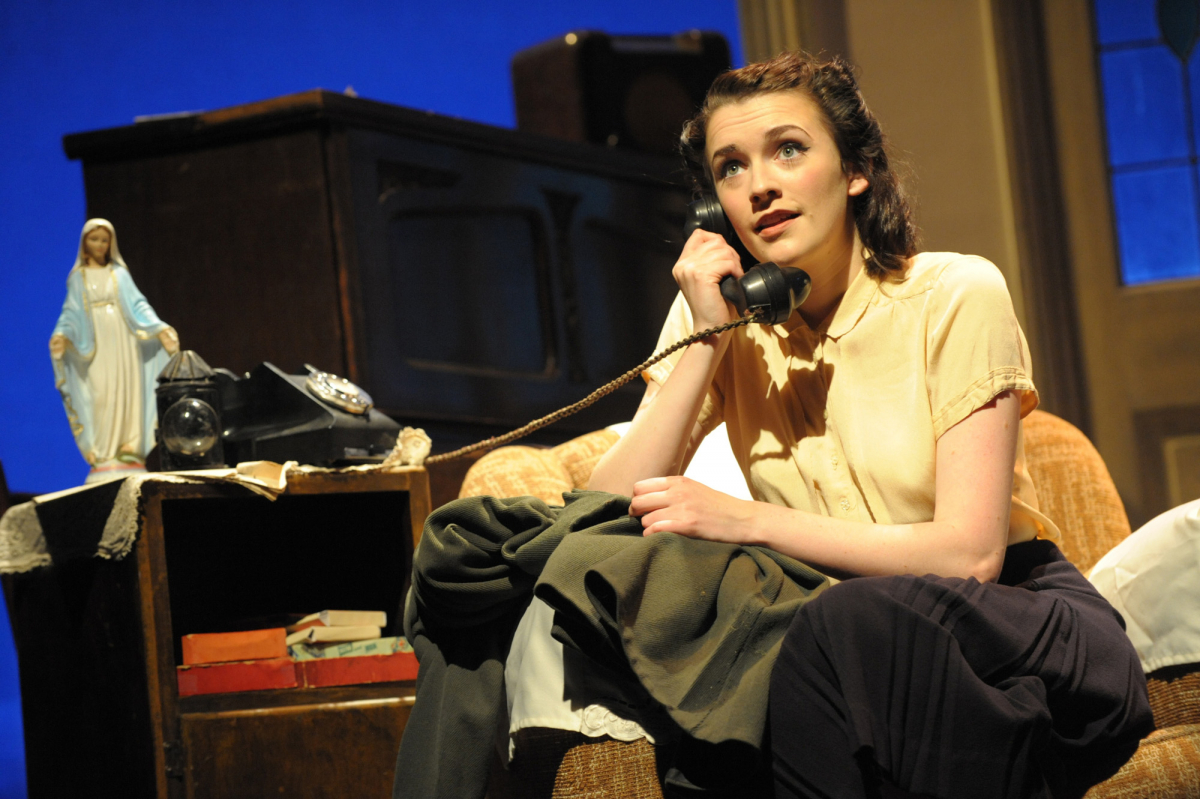 Committee Chair Philip Brown, who narrates the film, said, “We think it is important to get young people involved in the work of the Committee. In our daily lives, most of us seldom give any thought to how lucky we are to live in a time of peace and tend to take it for granted, but we all need to be aware that it is fragile and its loss can lead to terrible consequences.

“It is the purpose of the Cathedral ruins to remind us of this fact, and the 80th anniversary of the Blitz is a time when we can reflect on this and strengthen our determination to live in harmony and friendship with our neighbours and people in other countries.

“We hope that the engagement of young actors from the Belgrade Youth Theatre, speaking the words of young people who lived through the war, will stimulate other young people to reflect on this.”

The film produced by The Lord Mayor’s Committee for Peace and Reconciliation will premiere at 8pm on Saturday 14 November at 14nov.coventrycityofpeace.uk