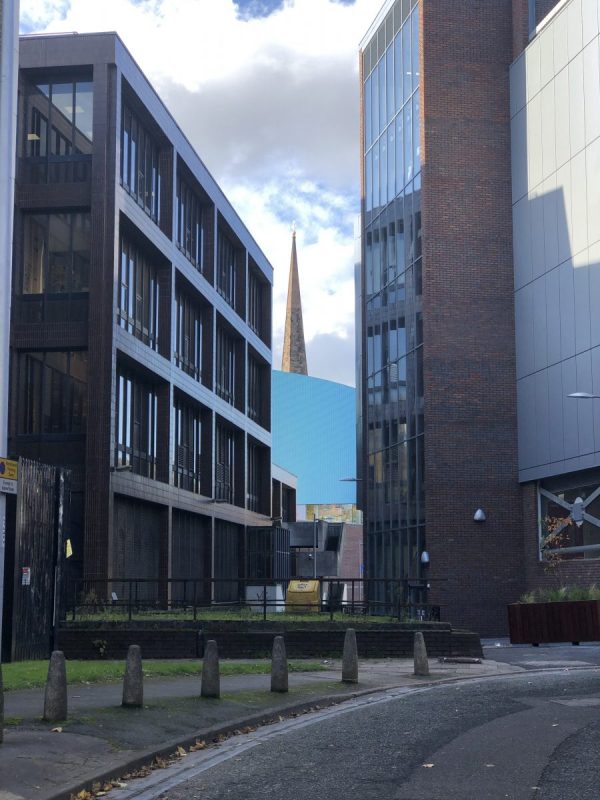 Coventry City of Culture Trust, today Friday 3 July, announced that it will officially commence its programme for UK City of Culture in May 2021. The programme will include major international artistic events, world premieres and commissions across theatre, music, dance, literature, comedy and visual art.

Over the next 18 months, the Trust is committed to working with at least 120 community-led or charitable organisations in the city.  It will also reach out to local, regional and national arts organisations, to create and deliver the wide-ranging UK City of Culture 2021 programme.

Today also coincides with the release of the first details of a signature event, directed by Nigel Jamieson and Justine Themen, at the centre of the programme. The event, described as a mass city-wide celebration, will be co-created alongside thousands of residents of all ages from across the city.

Jamieson is internationally-renowned for his set piece spectacles, including ‘Tin Symphony’ for the 2000 Sydney Olympic Opening Ceremony,.  He is working alongside Justine Themen, co-Artistic Director of the Belgrade Theatre in Coventry.

The 365-day Coventry 2021 cultural programme will reflect Coventry as a diverse, modern city, demonstrating that culture is a force that changes lives, moving Coventry and the region forward.

Coventry is known internationally as a city of welcome, a city of activists and pioneers, a city of peace and reconciliation, a city of innovation and invention, and now a City of Culture.

Further details of the 365-day cultural programme will be announced later this year.

“Coventry has always moved, to respond to circumstance, to innovate and reimagine the way things can be done for the better. As the sector and the City continues to map its road to recovery, we hope that today’s announcement can provide a bedrock on which many other positive decisions can be made. Change can come when we invest in culture. Today’s announcement reaffirms our commitment to delivering a year with impact, but it will also be a chance to celebrate for the city and the UK at a time when it has never been more important to do so.”

“Coventry 2021 is about the people of Coventry and their stories. We will reflect and address the issues that matter to all of us. At this time of uncertainty our determination to create connections, memories and commit to making a change is unwavering and we are determined to create an amazing year. With support and resources the cultural community can play a significant role in the reset of the UK and we plan to shine a spotlight on culture’s important role in this recovery.”

“UK City of Culture will see Coventry take its place on the national stage as a go to destination for arts and culture. Now more than ever it is important that we focus on what unites us and the positive and transformative impact culture can have in local communities. I have no doubt that Coventry will put on a spectacular show.”

“This is Coventry’s moment. In 2021, the artistic and cultural spotlight will be shining on this great city. That moment might be starting a little later than we’d all anticipated but it’s still going to be life changing. The city’s artists and cultural organisations are ready and waiting to propel Coventry onto the world stage. Taking part in world class cultural activities and sharing in creative experiences helps people to live happier, healthier and more fulfilled lives. That will be the legacy of Coventry 2021 for decades to come.”