Coventry brought to life by major City of Culture event 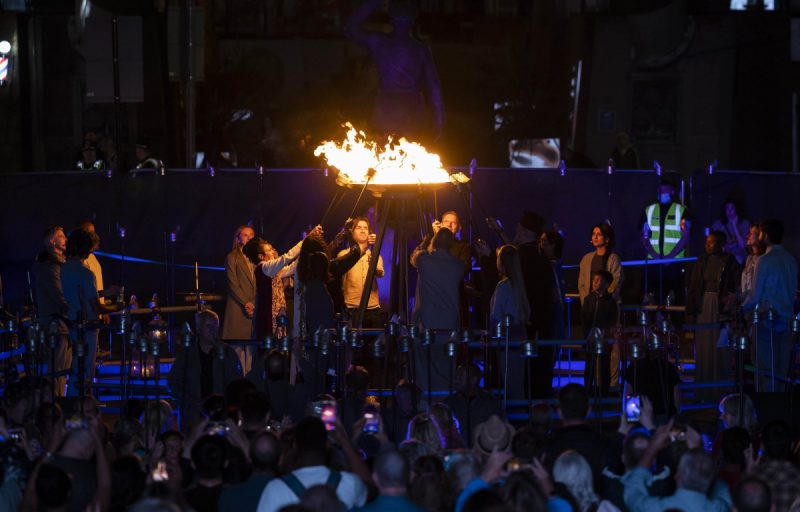 Coventry was brought to life by theatre, poetry, lights – and 20 kilometres of blue ribbon – at a major event at the weekend.

Faith was a co-production between Coventry City of Culture Trust and the Royal Shakespeare Company and created with faith communities, City Voices and artists from across the city.

The 24-hour event began with dinner in Swanswell Park at dusk on Friday, with 200 people from Coventry’s faith communities coming together to break bread and share their ingredients for a good life.

On Saturday, 17 faith centres and four faith groups opened their doors to welcome visitors to learn more about different cultures while four new plays led audiences on journeys around the streets of Coventry.

The production ended at dusk with a dramatic Ceremony of Lights in Millennium Place. 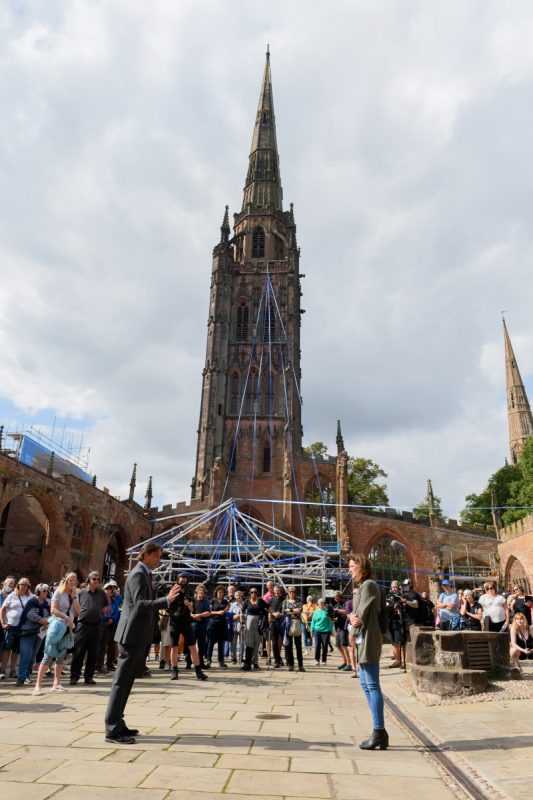 City Voices, a project led by Theatre Absolute, gave a platform to citizens to share their thoughts and stories of Coventry, which were brought to life in pop up events in the city centre and as part of the pledge during the Ceremony of Lights.

Theatre designer Tom Piper created a visual connection of what ties the city’s communities together as blue ribbons adorned more than 20 faith buildings and joined them together with a trail of Coventry blue.  Artist Laura Nyahuye collaborated with Tom to create a beautiful reflective installation in the Cathedral Ruins exploring the relationship between faith and mental health.

Coventry-based composer Sayan Kent (Maggie May, Liverpool Royal Court, Calcutta Kosher, Kali Theatre) composed an original score/soundscape for the day culminating in a magical finale for the Ceremony of Lights.

The whole event was broadcast live and recorded on the Coventry City of Culture YouTube Channel, while a number of pre-recorded films were made, including a series of cook-alongs, to help learn create new dishes from different faiths and cultures. 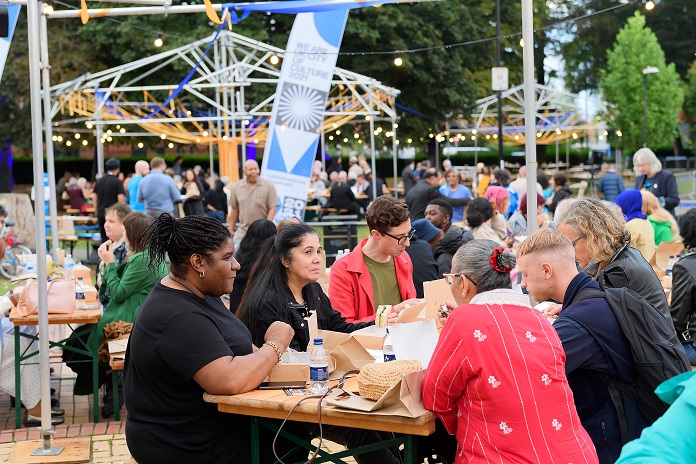 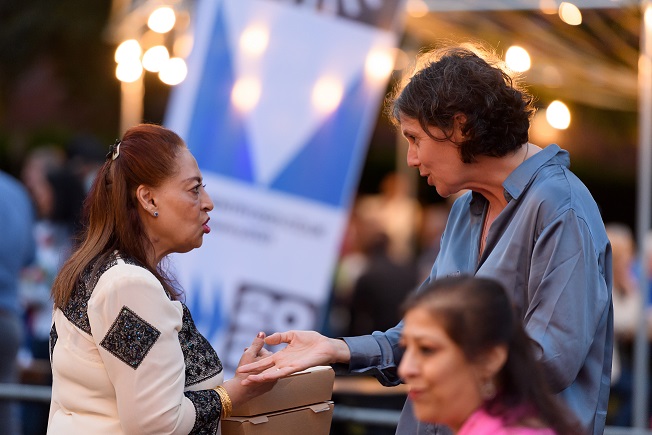 Erica Whyman said: “It was wonderful to see so many people getting the opportunity to enjoy Faith and be part of such an ambitious event for the city.

“Audiences moved with the plays as they made their way through different parts of the city and told stories that were relatable for people from all backgrounds, communities and faiths.”

Chenine Bhathena, Creative Director of the Coventry City of Culture Trust said: “Faith is the culmination of many months of discussions, partnerships and creation with our faith communities and local artists in the city, and it was more poignant taking place on 9/11, when the world is reflecting on faith, understanding and unity.

“The collaboration between our faith communities, local artists and the team at RSC has really delivered something so special for the city, a one-off event that will live in all of our memories for a long time and help us all to be even better friends and neighbours with each other.

“If you didn’t catch the action this weekend, don’t worry, you can watch the films that were made online and enjoy the stories of people arriving, returning and living in Coventry.  Friendship, love and community are central to these stories of hope and faith.

“It was so magical to see the city transformed and to discover hidden places and stories.  Big congratulations to all that played a part in delivering this wonderful event.”

The plays and the Ceremony of Lights can be viewed again at Coventry City of Culture 2021’s YouTube channel here.