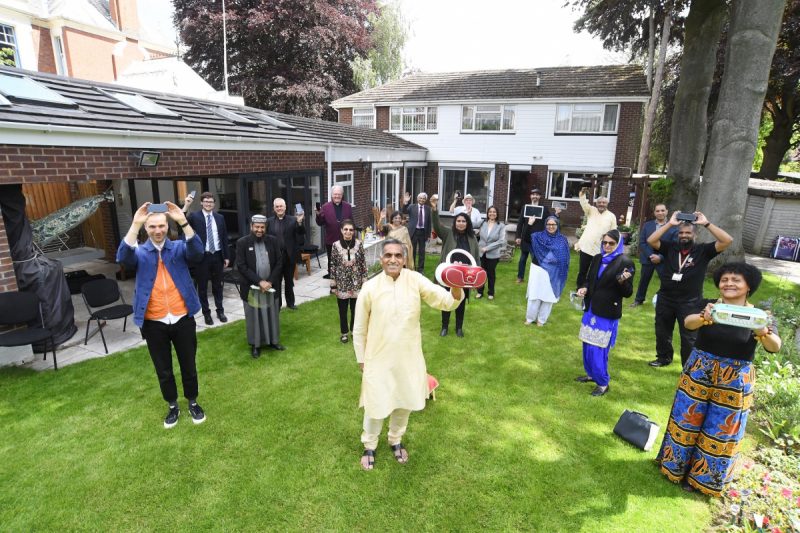 Due to Covid-19 restrictions, the team behind the event have had to move away from their original plans for a mass gathering in the city but will, instead, deliver an incredible day’s worth of activity from dawn through to 20:21 that can be enjoyed online, on your timeline or through broadcast.

It will culminate in a special moment where the whole city can come together and play a crucial part in the spectacular end to the event.

What is Coventry Moves?

Coventry Moves will start at 8am and is scheduled to run at intervals throughout the day. It is being created for people in Coventry, Warwickshire and across the UK to experience from home – online, on their radio or on their social media feeds.

The city’s past, present and future is highlighted by six Energies played by well-know people from Coventry.

The stories will be told through a series of films throughout the day that will also include the legend of Lady Godiva – a pioneer for activism and social justice whose story is known throughout the world.

Fourteen modern day Godivas have been chosen to represent the famous figure after a public nomination process. 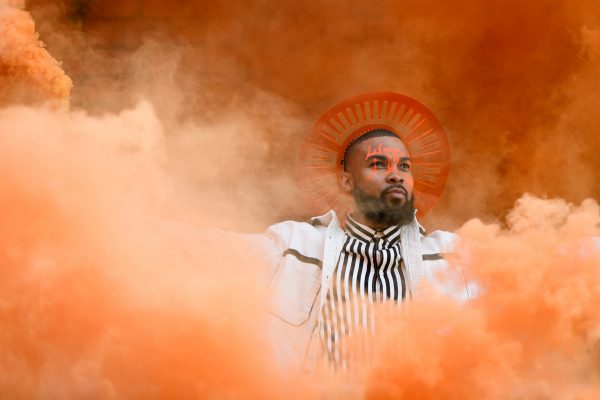 Who are the Energies and what do they represent?

Youthfulness – John Bernard
John Bernard is a poet & rapper based in Coventry who uses his artistry to inspire, influence and invigorate his listeners.

Pauline Black is the lead singer of acclaimed Two Tone band The Selecter. 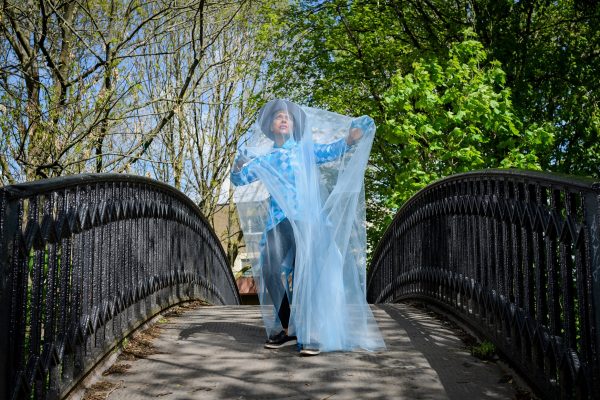 When and where to watch

You can watch the whole day unfold from your home, online or on your timeline.

The whole event can be viewed at coventry2021.online

There will be also be live coverage on the BBC News Channel and on BBC CWR and BBC online.

The full schedule for the day is:

Pauline Black, our energy of Sustainability, celebrates our hidden river with a song written specifically for Coventry Moves in a magical moment that starts our journey.

Five Friends, our River Runners, trace the path of the hidden river which runs under Coventry. Exploring through Parkour, BMX Biking and Dance.

An introduction to the city’s long-standing commitment to sustainability and protecting our environment. The story behind the name of Coventry, Cofa’s Tree, will be explored as we look to the future and the impact we can have across the world. 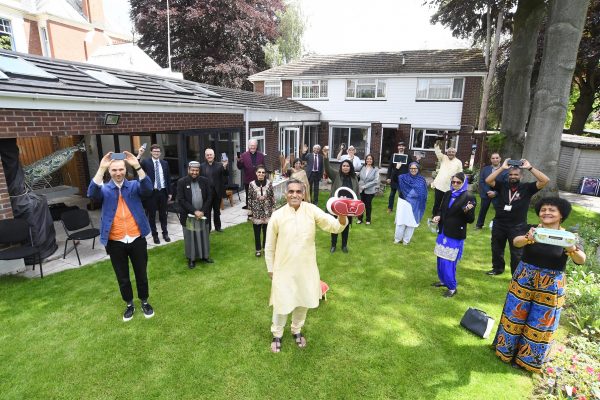 Focusing on the personal stories of individuals and communities who have traveled from across the world to build Coventry.

We meet Navin Kundra, the energy of People Power, as city residents and some well-known faces, bring the streets alive in a whirl of music and dance celebrating our car manufacturing history and the people who made Coventry. 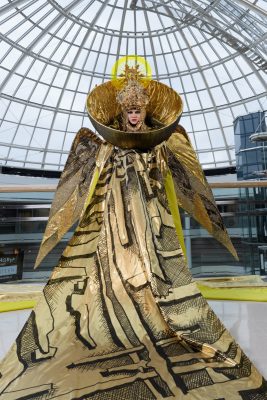 Meet some of the people who inspired the stories of Coventry Moves, with a focus on our theme of Innovation.

The energy of Innovation, Daniel Lismore, guides us as the spokes turn and we’re off again. Coventry created the bicycle and we’ll celebrate the city’s innovation from past, present and future with extravagant custom trikes. 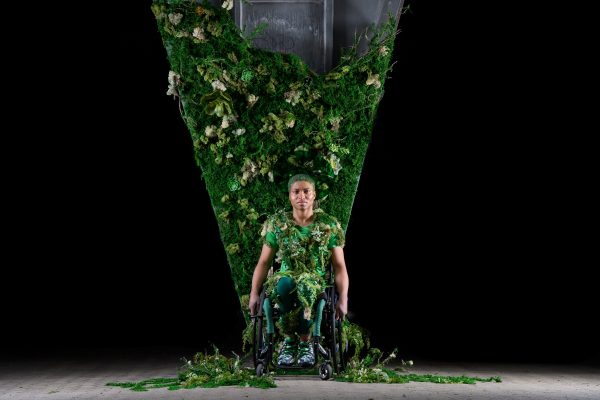 Meet some of the people who inspired the stories of Coventry Moves, focusing on our theme of Resilience, before we meet our energy, Kare Adenegan.

Meet some of the 14 Godivas, who share what being a Godiva means to them. 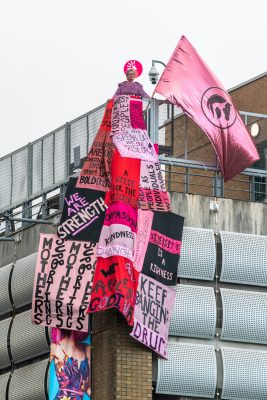 We’re introduced to our energy of Social Justice, Sue Bent, as 14 powerful modern day Godivas arrive at their destination having ridden on horseback from across the city.

We are joined once more by the River Runners and Pauline Black to see that something has grown from the concrete, here to be discovered as we look to the future. A gift from Coventry’s schoolchildren will appear with an incredible AR experience ready to be enjoyed in person over the coming weeks in Coventry.

As the tree starts to pulse, vibrating with energy. The sounds of children’s voices are heard in the canopy above ushering in the future, moving us into towards the end of our journey. 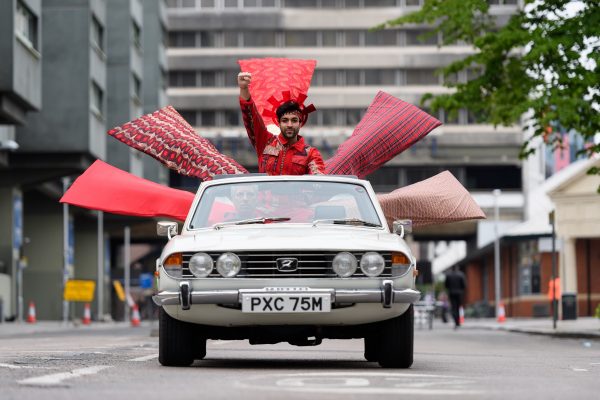 How to get involved

The day will culminate at 20:21 with Coventry Moves Together with a piece of music composed by Dan Jones. The whole city will form an orchestra – simply by switching on radios or web-based devices and tuning into one of several local or community radio stations taking part.

The track has been split into multiple streams and will come together as a full piece of music when radio stations can be heard at the same time.

So, families, friends and neighbours are being asked to head out to their doorsteps, into their gardens or on their balconies and tune into different streams so that the whole city can hear the full, eight-minute piece.

And if you miss it…

The BBC are providing major support for the event, not only with live coverage but also with the creation of a fast turnaround documentary called Curtain Up On Coventry, which will bring the energy of Coventry City of Culture’s signature event into people’s homes.  It’ll be broadcast across the Midlands on BBC One on Monday 7th June at 19.35, and nationally on BBC Four at 19.00 on Wednesday 9th June.