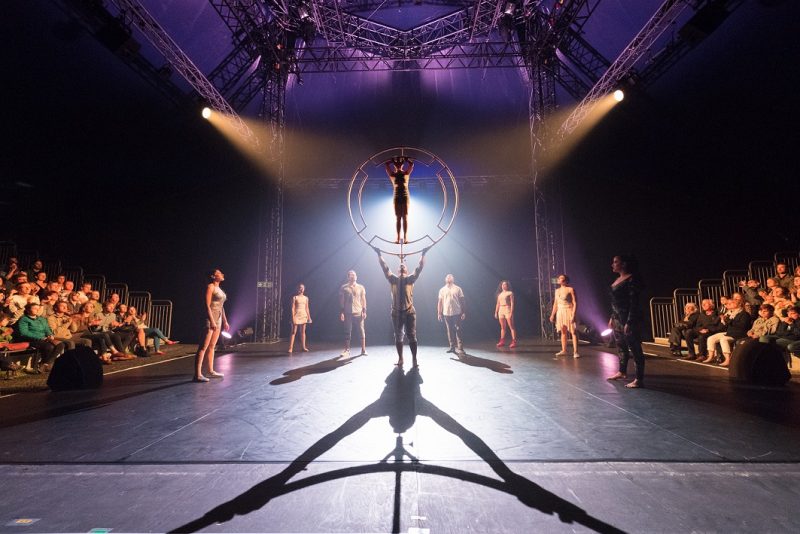 An incredible circus spectacular and a feel-good music event will be the first shows that will take place in the Assembly Festival Garden this summer, the Coventry City of Culture Trust has announced along with a whole host of new programme activity.

Circolombia and Choir of Man are the first shows to be announced at the Assembly Festival Garden, a major new festival hub in the city centre that will present live theatre, cabaret and comedy.

Performances will take place in the Spiegeltent; the Piccolo, a smaller 180 seat Spiegeltent; a treehouse that will look out over the site; and an outdoor venue in front of the Piccolo which can play to the entire audience in the Garden. 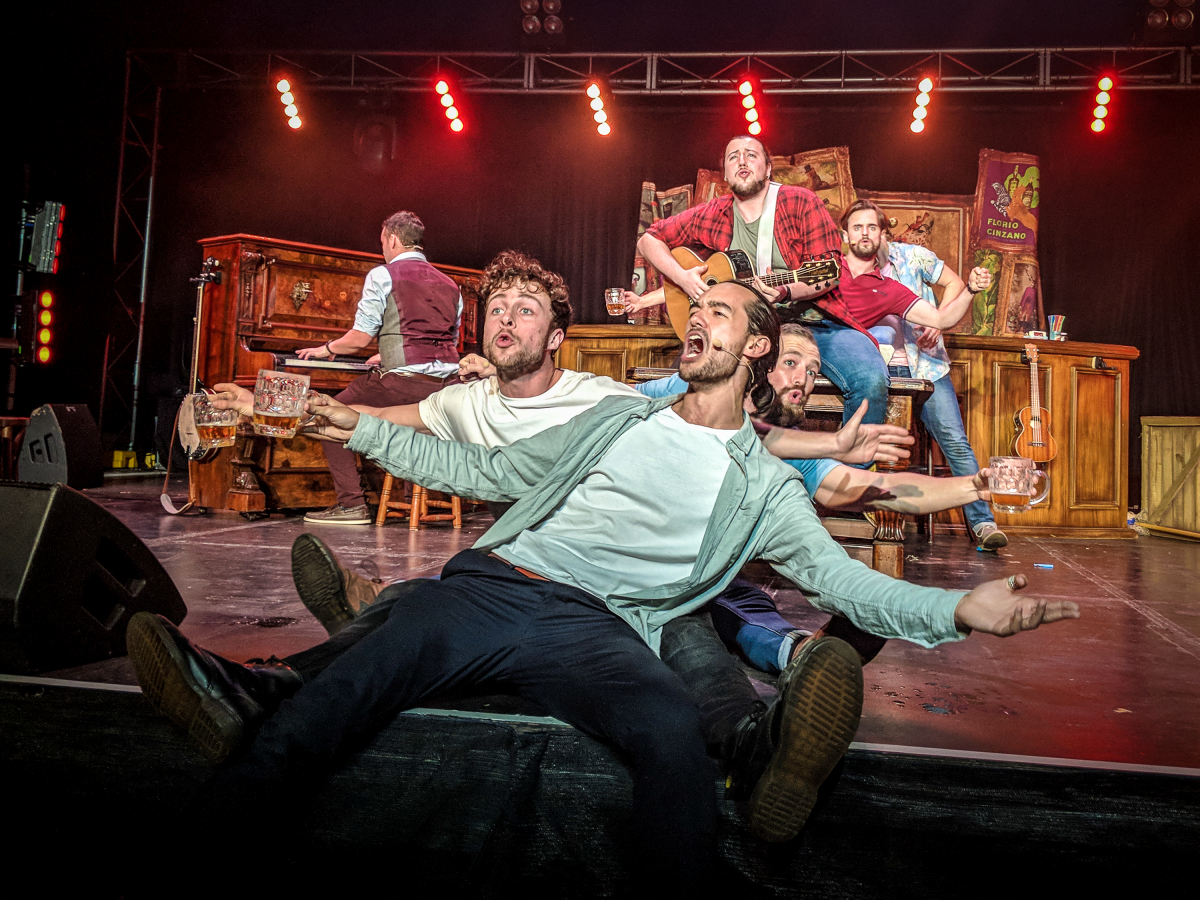 The site will be run by Edinburgh Fringe favourites Assembly Festival and be a centrepiece for the city’s year of cultural celebrations opening, with Choir of Man opening on 1 July and Circolombia on 2 July.

Fresh from Bogotá, Circolombia will see one of the world’s leading contemporary circus companies bring their sassy show featuring jaw dropping acts, transporting the raw energy of Colombia’s capital city to Coventry. Runaway global sensation, Choir of Man, sees “the ultimate feel-good show of the Fringe,” come to Coventry. Audiences can expect the most incredible pub gig they’ve ever been to as they enjoy pop tunes, folk, rock and Broadway numbers with world-class tappers, singers and multi-instrumentalists.

Also, as part of Summer of Surprises, Coventry Pride will present Classically Queer, a special performance of classical and contemporary music in the stunning setting of Coventry Cathedral Ruins celebrating the best of LGBTQI+ musicians in the region. 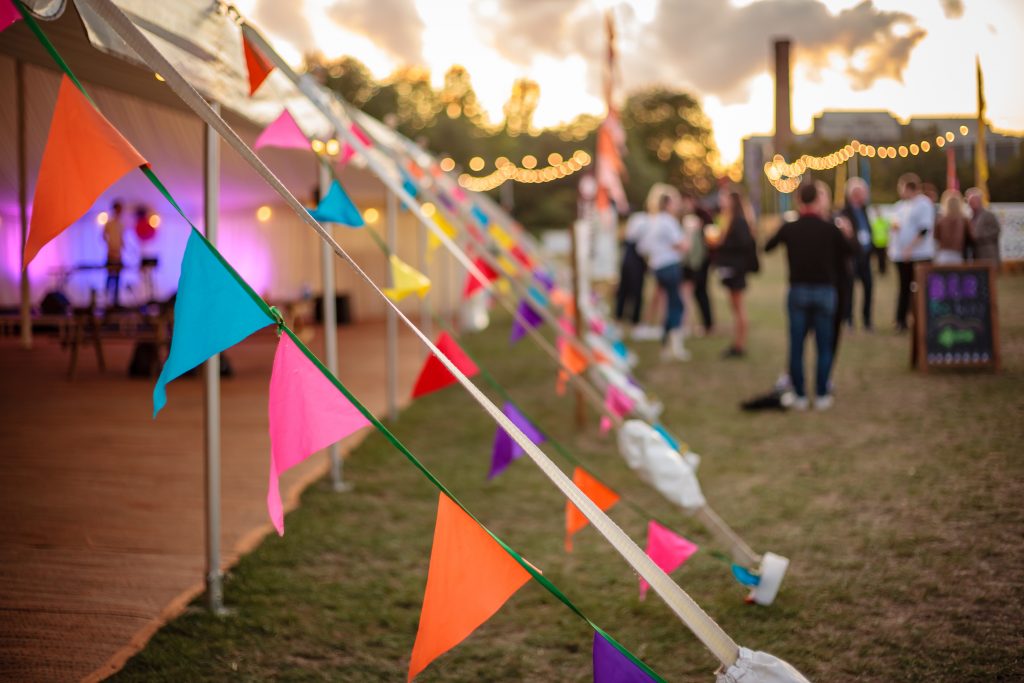 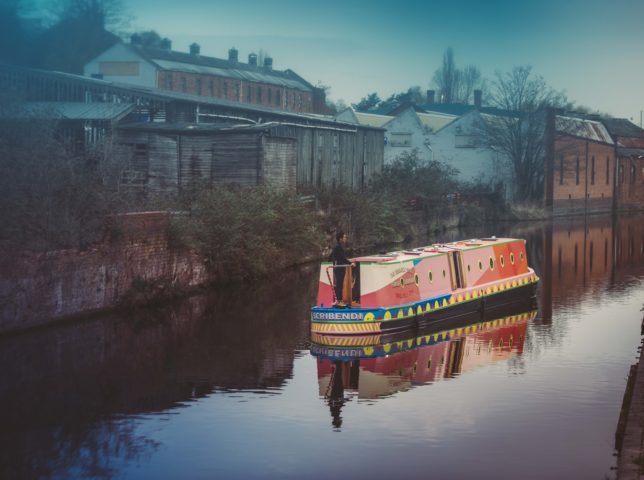 Starting from July, the Festival of Ideas will be a year-round programme of talks, debates and conferences confronting the big issues of our time.  It will see national and international collaborations with ground-breaking organisations presenting everything from political debate and citizens’ assemblies to intimate interviews. Programme announced today includes the Psychology of the City Summit, The Big Tent Ideas Festival 2021, and Made in the Midlands, a new podcast featuring interviews with well-known faces from the region.

Home, Coventry’s first Art and Homelessness Festival will open 8 to 16 October with a programme that explores art for social change. Highlights include Cardboard Citizens with the first ever homeless musical with music composed by Chumbawamba and an exhibition with socially engaged-photographer Anthony Luvera as part of his Assisted Self Portraits series, working with people with experience of homelessness to develop their photography skills and curate the exhibition.

Coventry City of Culture Trust and the Irish community of the city will host FÉILE 2021, an annual event run by Comhaltas in Britain, with a weekend of traditional Irish music, dance, activities and storytelling in the city and around the UK. This culminates in the All-Britain Finals of the Online Comhaltas Competitions, an incredible display of musical talent. 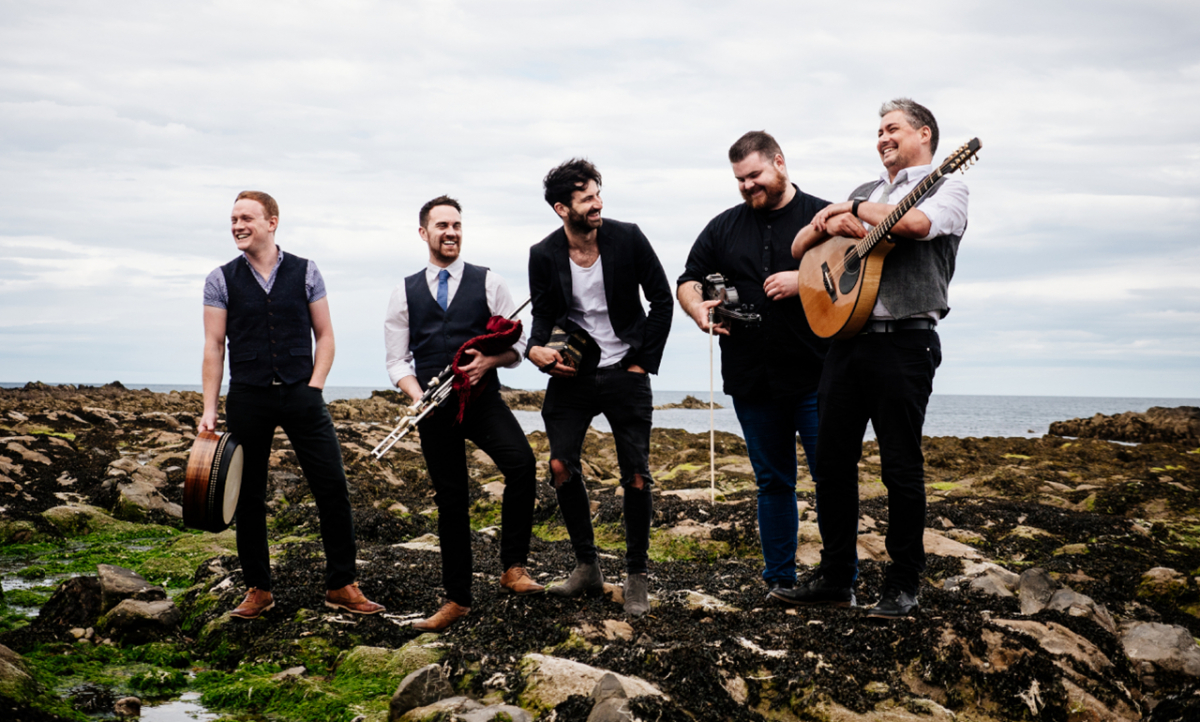 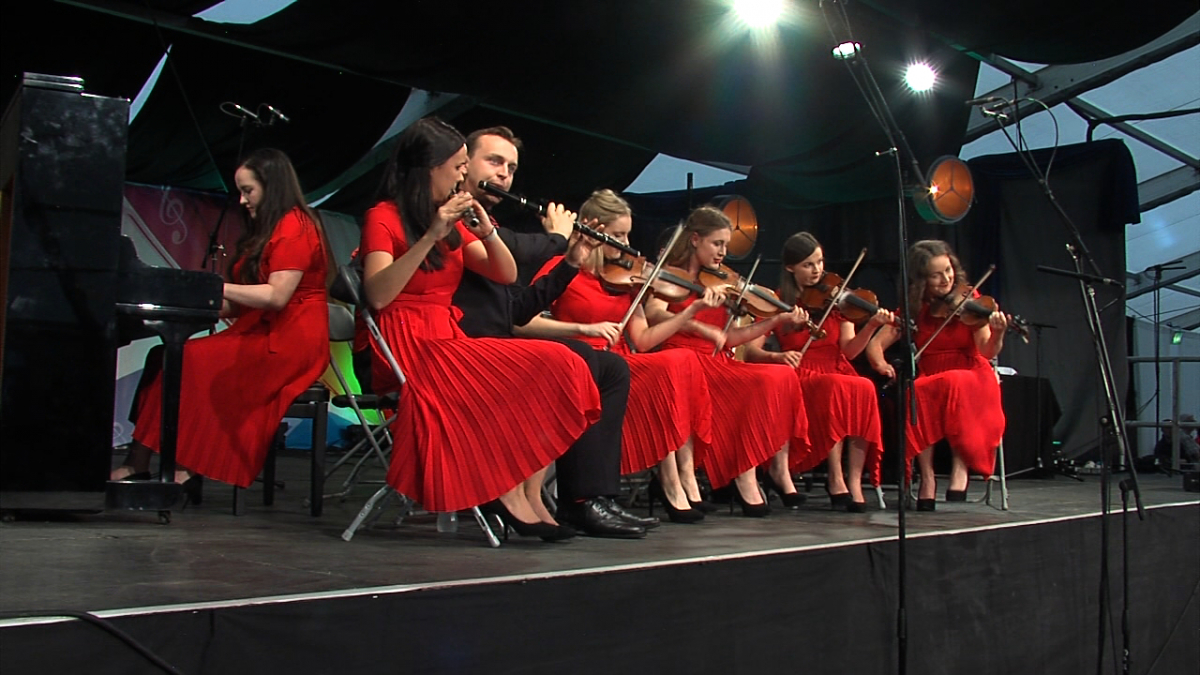 The Trust has also added further events and detail to its flagship Green Futures programme, supported by National Lottery Heritage Fund, which works with local and global partners to connect communities with nature and heritage, grow social connections, and build green knowledge. Flock Together challenges the underrepresentation of people of colour in nature on a series of scouted bird watching walks, and We Come Far is a Black led artist walk in green spaces to encourage wellbeing in men, especially those who are Black, Asian or from the global majority groups.

Meanwhile Open Theatre presents Uncover/Discover, with a variety of artistic works created with young people with learning disabilities and inspired by the waterways of the city. Tickets also go on sale for Small Bells Ring, an extraordinary floating library crammed full of short stories created in partnership with the Coventry Library Service, which arrives in Coventry Canal basin this summer.

Running from 15 – 17 June at Warwick Arts Centre, Petticoat Council, tells the story of the ‘Petticoat Council’ which was formed by a group of women from Bishop’s Itchington in rural Warwickshire. They became the first female majority council in Britain, breaking down barriers to transform their community. Presented by BoysClub & Steph Hartland Productions, supported by Warwick Arts Centre and Coventry City of Culture Trust.

In Radford, a purpose-built photo studio is being created in the Jubilee Crescent Community Centre by local designer Ella Clarke to celebrate the support bubbles that helped people get through the pandemic. Portrait photographer Fran Monks will lead a group of community studio photographers to capture images of people in a commission known as Radford Bubbles. 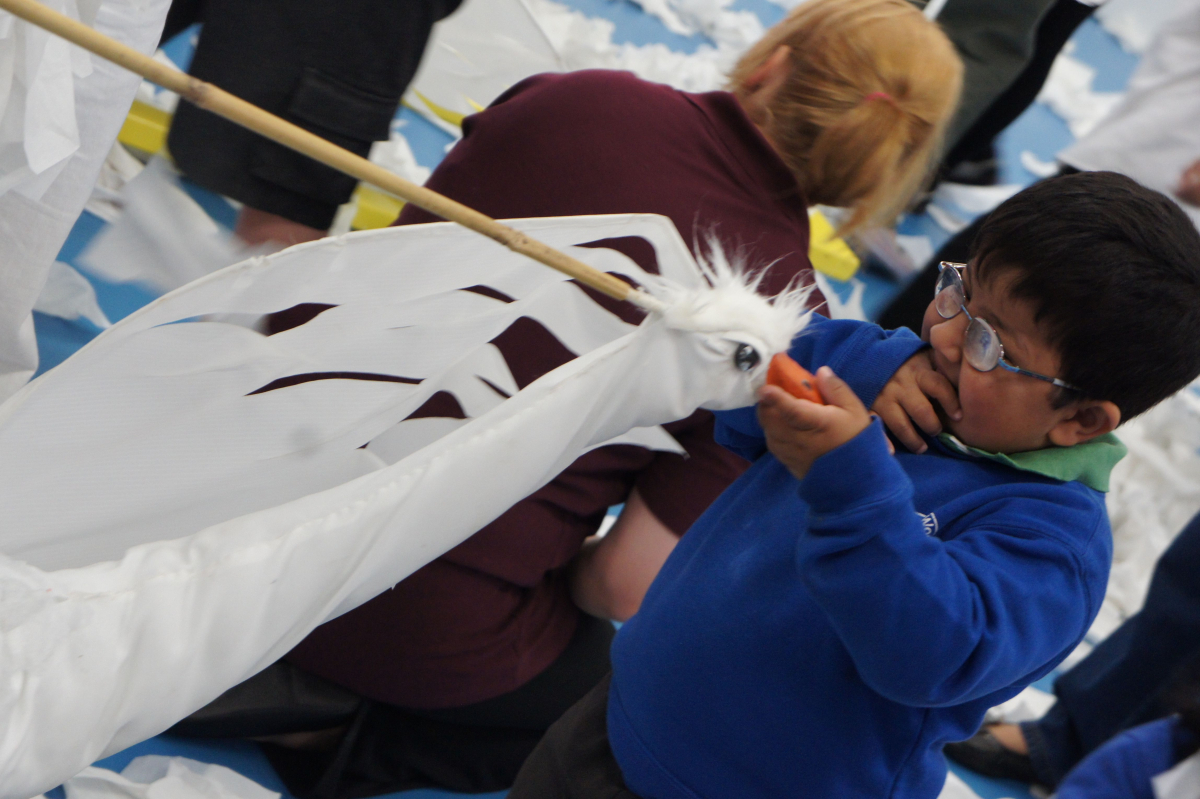 Chenine Bhathena, Creative Director for Coventry City of Culture said: “From our Summer of Surprises and the arrival of the Assembly Festival Garden in the city, Coventry is going to be buzzing with incredible experiences, events and activities. Whether you are from Coventry or visiting us for the first time, there are plenty of ways to get involved, see a show, and share some live experiences with family and friends in the coming months.”

“The first two events from the Assembly Festival Garden and Feile 2021 will inspire and excite audiences and will provide opportunities for new talent and leaders to emerge from the city. We know that arts and culture can play a key part in enhancing wellbeing, so we hope that experiencing world class arts and culture on their doorstop will be uplifting for local people.”

For more information or to buy tickets go to: coventry2021.co.uk