The owners of an award-winning family-run cidery in Warwickshire have launched a new crowdfunding campaign to help mount a post-pandemic recovery of their business.

Jolyon and Charlotte Olivier are inviting supporters to apply for at least £40,000 in shares of Napton Cidery following the success of their first round of investment two years ago.

The eight-week campaign is central to the entrepreneurs’ plans to re-emerge from the pandemic once again robust enough to build on the early success of their business – which started life as a hobby nine years ago.

The couple were first introduced to the taste of craft cider on a family holiday to Devon. Returning home with an apple tree, they soon started experimenting in their back garden.

Jolyon said: “We made our first batch of cider, as most do, from the apple tree in our garden. Turns out we were born to be cider makers! We started Napton Cidery several years later with the sole mission to collect unwanted apples from our village and surrounding orchards to create amazing ciders and, before you know it, we’re producing 90,000 litres of cider!” 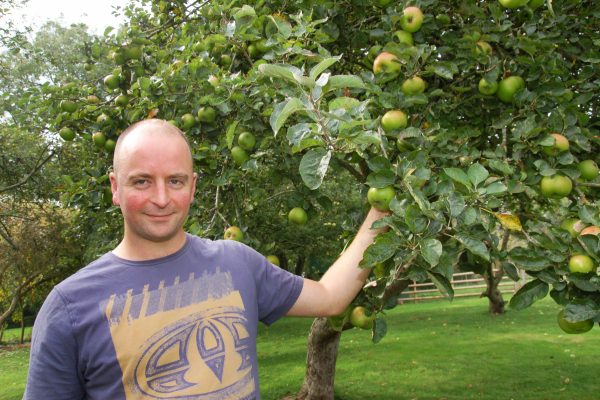 Today, an eight-strong team at Napton harvests, presses, bottles and distributes more than 90,000 litres of cider a year, using 17 types of apples from six orchards across the Herefordshire region.

They also produce limited-edition ciders and perry as well as juices, spirits and vinegars.

Exciting expansion plans were under way following the introduction of their tap room earlier this year, only to be halted by the pandemic.

Jolyon recalls: “The tap room was closed before it even opened. Our licence was issued on the Monday immediately after the Government shut the pubs in March. We had been planning a big launch to celebrate. We also had six pubs lined up ready to install our kegs, all of which had to close as well.”

The business has also been impacted by cancelled tours, tastings, cider making workshops and monthly live music events at the cidery in a year which Jolyon believes has cost them more than £100,000 in lost revenue. The focus was then forced to pivot to home deliveries.

“The business side has been hit really hard. Up to 30% of our products were sold through our events and festivals which had to stop. We had to do some crisis management and rewrote our business plans in March but we were determined to find a way through. I don’t know where we would be without the web shop’s home delivery service. We would have been in a lot of trouble,” said Jolyon. 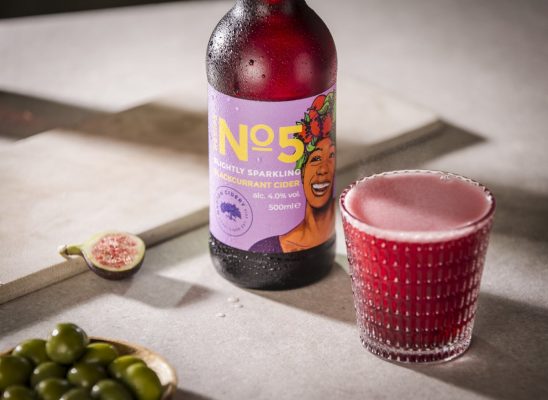 “We were a business that was ready to grow but had its wings clipped. The funding round would not have been needed without COVID.”

But he admitted there had been one lasting positive effect on the business.

“We’re selling more directly to the consumer now so we’re actually getting to know our consumers a lot better. And it’s helped small businesses come together and help each other out.”

Central to Napton’s growing popularity among customers is its strong sustainability ethos, from harvesting through to packaging. All of its apples come from traditional unsprayed orchards, organic and biodiverse growers, so no unnatural chemicals are introduced into the ecosystem. The cider is also naturally fermented using only wild yeasts and packaged in recyclable materials and all ingredients sourced as locally as possible.

Jolyon said: “We prefer not to use bush orchards which are long rows of apple trees all bunched quite close together. With these, once a disease hits a tree it spreads around the whole orchard which is why they have to be sprayed with pesticides.

“We decided very early on that we wanted to make cider that is environmentally friendly through using apples that aren’t over farmed. 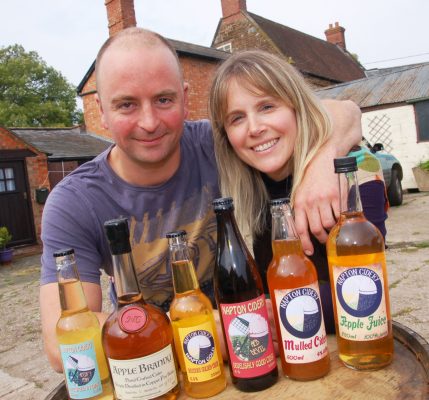 “Environmental sustainability is one of our top priorities and we’re always looking into how we can improve. We have a lot more ideas we’re also working on. Our goal has always been to build, manufacture and sell high quality cider made in the most natural way possible.”

The challenges of the pandemic have not grounded Jolyon and Charlotte’s ambitions who, armed with their newly acquired spirits licence, plan to produce a new line of apple brandies to their repertoire within the next 18 months.

In the short term though, as well as juggling the demands of home-schooling their two children, aged eight and five, the couple have set their sights on a gentle period of regrowth and recovery for their business. This starts with the new investment opportunity, without which they admit, some tough decisions would have to be made.

“Our first crowdfunding campaign two years ago raised £148,000 which allowed us to expand, rebrand our products and bring staff on board. This new campaign is about sustaining growth. If we didn’t do this we would be having to make some cutbacks which would stunt that growth,” said Jolyon.

“It is a very good time to be helping out local businesses if you can. We have some great rewards available to our investors. There is no better time to get involved with Napton Cidery, we have an exciting future ahead of us.”

Further investment information and registration of interest form are available by visiting: https://www.naptoncidery.co.uk/investment