FROM DIRTY DANCING TO SWAN LAKE, AUTUMN IS ANNOUNCED AT BELGRADE THEATRE 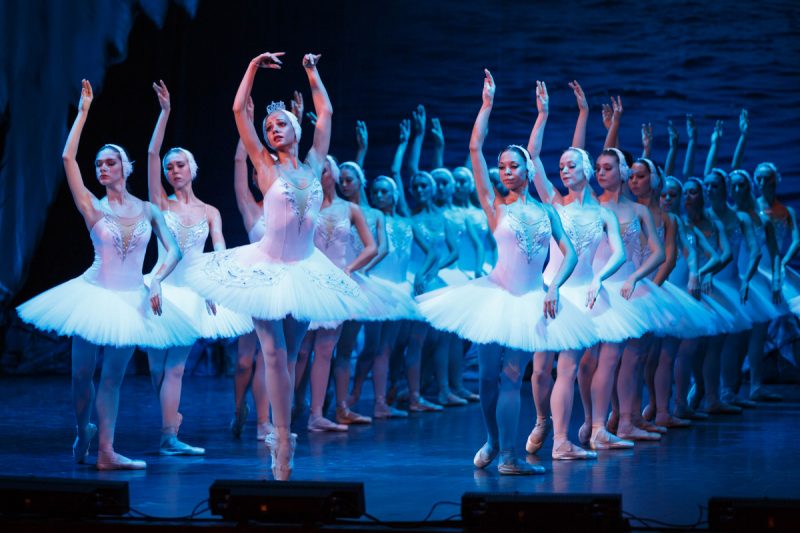 Following the reopening of it’s doors, Belgrade Theatre has announced a whole host of new shows for its upcoming seasons are now on sale with highlights including the return of Dirty Dancing and Mischief Theatre’s The Play That Goes Wrong.

The Belgrade’s Autumn Season kicks off with a series of live music acts. The Best of Take That featuring Rule the World celebrates 30 years of Take That dominating the charts on Wednesday 1 September. The Illegal Eagles then take to the stage on Thursday 2 September, celebrating 50 years since the formation of the legendary West Coast Country Rock band. The Real Thing also arrive in Coventry on Friday 10 September, with original vocalists Chris Amoo and Dave Smith and a live band.

Later in the season, The Bluejays present Rave On, a celebration of ‘50s and ‘60s Rock n Roll, on Friday 22 October.

Acclaimed Mischief Theatre once again bring The Play That Goes Wrong to the Belgrade this autumn. The multi award-winning international smash hit comedy has been hailed “a gut-busting hit” by the New York Times and is now in its seventh year in the West End. The slapstick comedy can be seen in Coventry from Monday 13 – Saturday 18 September.

From Thursday 30 September – Saturday 2 October, Original Theatre Company present Being Mr Wickham. Adrian Lukis, who starred in the renowned BBC TV adaptation of Pride and Prejudice, returns to the role of Mr Wickham to set the record straight. Written by Adrian Lukis and Catherine Curzon and directed by Guy Unsworth.

As part of its Coventry UK City of Culture programme, the Belgrade has teamed up with Cardboard Citizens to co-produce the new musical The Ruff Tuff Cream Puff Estate Agency from Saturday 9 – Saturday 16 October. Based on a true story from the 1970s, we follow the story of the workings of the world’s first ‘estate agency for squatters’ and the foundation of a new nation, Frestonia. The show is enlivened by a chorus of Coventry citizens who have experienced homelessness. Prior to this, a brand-new performance, carefully created with local people with experiences of homelessness in Coventry as part of their threeweek Cardboard Camps residency, will be staged on Friday 23 July.

Following two West End runs, four UK tours, and multiple international productions, Dirty Dancing is back at the Belgrade this autumn from Tuesday 2 – Saturday 6 November. Featuring the iconic hits Hungry Eyes and (I’ve
Had) The Time Of My Life, we follow two fiercely independent young spirits from different worlds, who come together in what will be the most challenging and triumphant summer of their lives.

The Russian State Ballet will also return with three classic ballets, accompanied by a 30-piece orchestra. Experience the beauty of Swan Lake on Thursday 11 November, Sleeping Beauty on Friday 12 November and The Nutcracker on Saturday 13 November.

Finally, from Monday 13 – Thursday 23 December, the Belgrade and Chipping Norton Theatre present A Christmas Carol, starring David Bradley (Broadchurch, Game of Thrones). Charles Dickens’ classic novel has been adapted for the stage by Simon Callow. Bradley will be joined on stage by acclaimed folk musician and actor Sophie Crawford.

Tickets are available to book now. Call the box office on 024 7655 3055 or visit www.belgrade.co.uk where prices are cheaper.