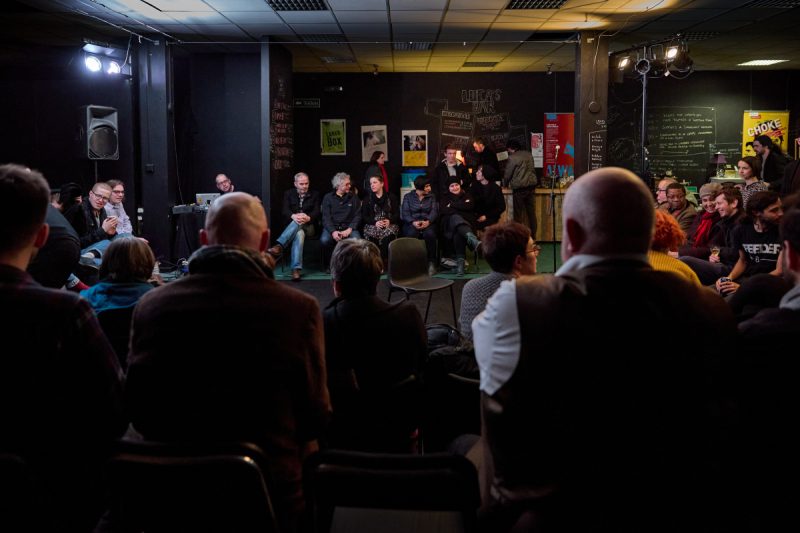 Coventry’s independent theatre company, Theatre Absolute, who are based in the Shop Front Theatre in City Arcade, are proud to be a recipient of a national award.

The Writer’s Guild of Great Britain (WGGB) have awarded the company an Olwen Wymark Award for Exceptional encouragement of theatre writing over the last year. The award ceremony will be held online on Thursday 8th April from 1 – 3pm with a welcome speech from WGGB President Sandi Toksvig OBE.

Nominated by Coventry writer Alexandra Johnson, the company’s founders, Julia Negus, Producer and Chris O’Connell, Writer/Artistic Director, have been supporting writers in the city for many years. Recently from 2018 to the present, Theatre Absolute have commissioned over 25 writers, whose work has been performed or read at the Shop Front Theatre under various artistic programmes including ‘Are We Where We Are’ and ‘Humanistan’.

During 2020 in the pandemic, Chris, Julia and their projects co-ordinator, Lisa Franklin, have continued to offer development and mentor support including hosting their writing and dramaturg workshops online and even providing writing exercises through the post!

With support from City of Culture Trust, the company have also expanded their writing work with a city wide programme called City Voices, offering workshops for writers of all levels. Some of these writers have now secured commissions on the RSC’s Faith project as part of the City of Culture events for 2021.

Local writer Alexandra Johnson who nominated Theatre Absolute for the award says: “I nominated Chris and Julia as their support for writers has been amazing. With Lisa too, they share their knowledge, experience and space at The Shop Front Theatre. They’re always there for writers with advice, help and encouragement. They are such an asset to the Writing community. I’m really thankful for all of their help.”

Chris O’Connell from Theatre Absolute comments: “We are thrilled to receive such a prestigious national award from the Writer’s Guild of Great Britain. We have been working hard over the years to support and nurture writers and artists in the city, so this is a lovely accolade, not just for us but also for Coventry! Thanks to Alex for the nomination and the Guild, we’re really proud.”