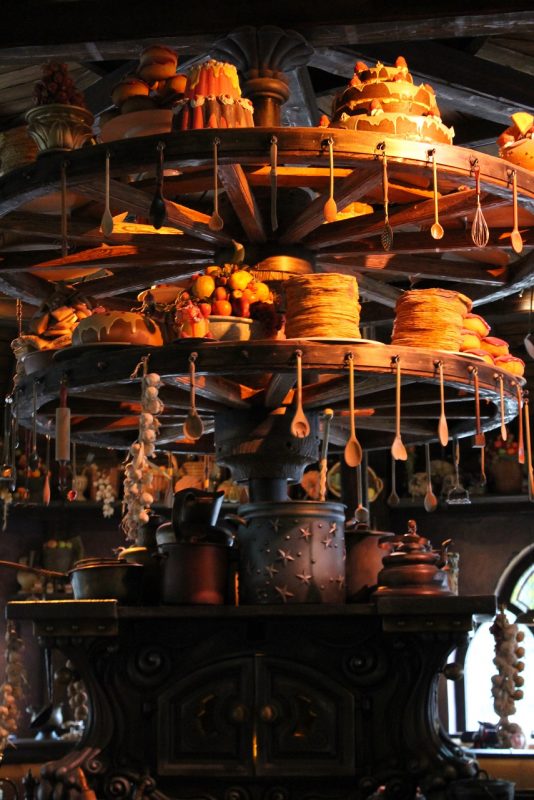 There’s so many reasons for us to love The Netherlands.  It’s a modern, highly efficient society. The people are open and friendly. The landscape is beautiful –  in a flat kind of way – and for us Brits it’s not just very accessible but you’ll find virtually everyone speaks English.

Now I’m guessing you’ve all been to Amsterdam – but why not delve a little deeper and explore the heart of this compelling country? The region of North Brabant has long been seen as the country’s  most hospitable area and with it becoming European Region of Gastronomy for 2018, the time is right to get it on your list for a food-themed short break.

Where to go in Brabant

The main city of the region, Eindhoven was for a long time derided of as the “company town” of electrical giants Philips. It has now reinvented itself as the nation’s design and technology centre. It’s best friends wouldn’t call it the most beautiful city – wartime destruction robbed it of most of its historic buildings – but it more than makes up for it with the creative buzz from the young design talent who flock to the place.

There’s a boom in really classy restaurants and food outlets that provide something for every budget. 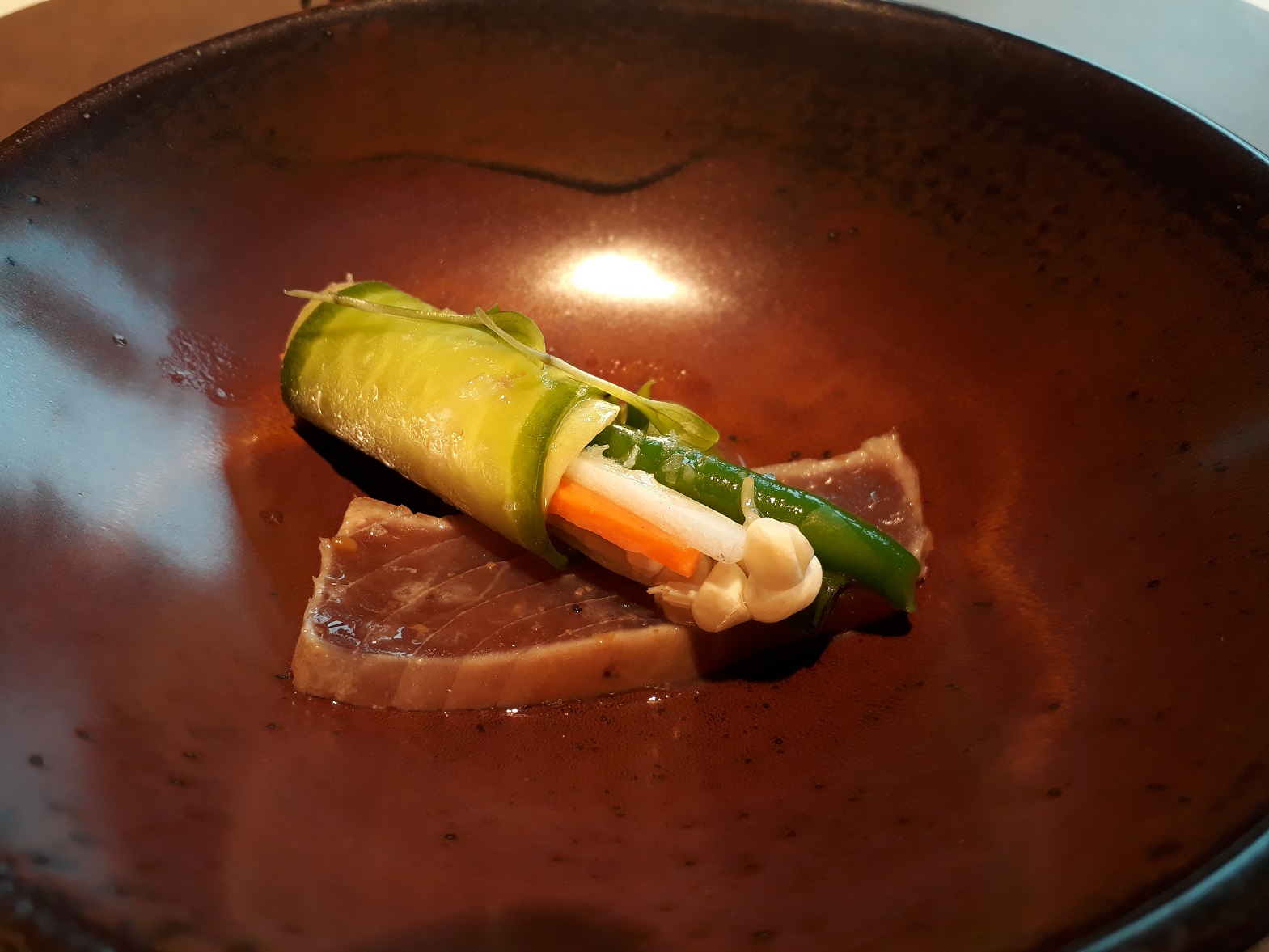 Try Vane, the new restaurant on the 13th floor of a tower  in the heart of the city that gives ever-changing panoramic views around the city.  The kitchen is headed by Casimir Evens, a local boy who returned home to open the restaurant after gaining two Michelin stars in Belgium. Look out for exquisitely crafted dishes and his famous flair with mushrooms.  The waiting list is crazy, but the restaurant is located within the NH Hotel (see below) and tables are held back for residents. 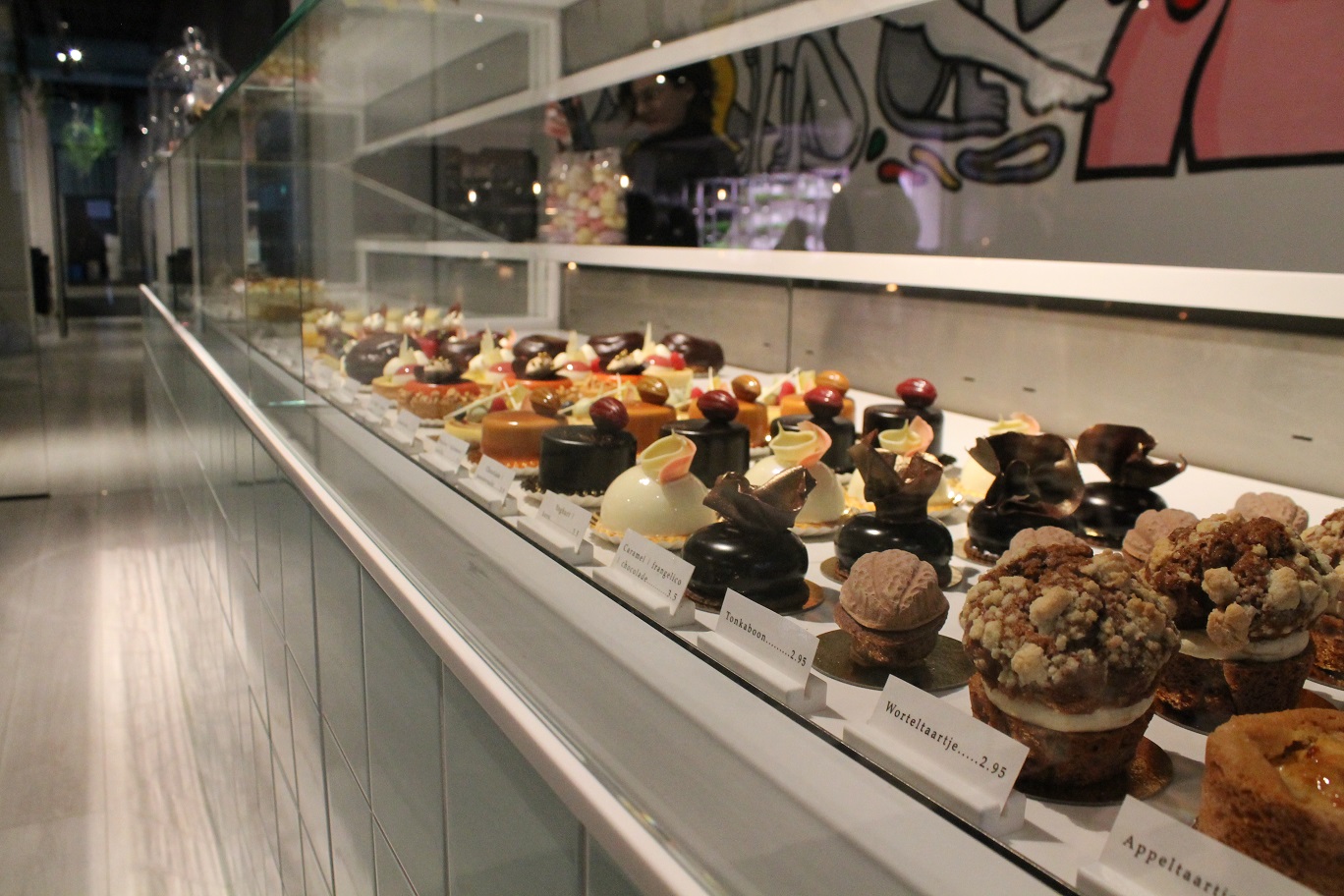 Restaurant and patisserie Emma is both achingly cool and nicely grounded. During the day it’s a cafe with top-notch patisserie from Ruud Adriaens. It’s famous for carrot cake, but the macarons are impeccable and as for the coconut and passionfruit slice  – oof. Cakes are also available from the attached retail outlet. In the evening full menus are served from the open kitchen and you’ll even see your salads and garnishes growing in the corner of the restaurant. Greenhouses with state of the art lighting – the Philips connection – mean seasonal plants can be grown all year round.

For the design conscious 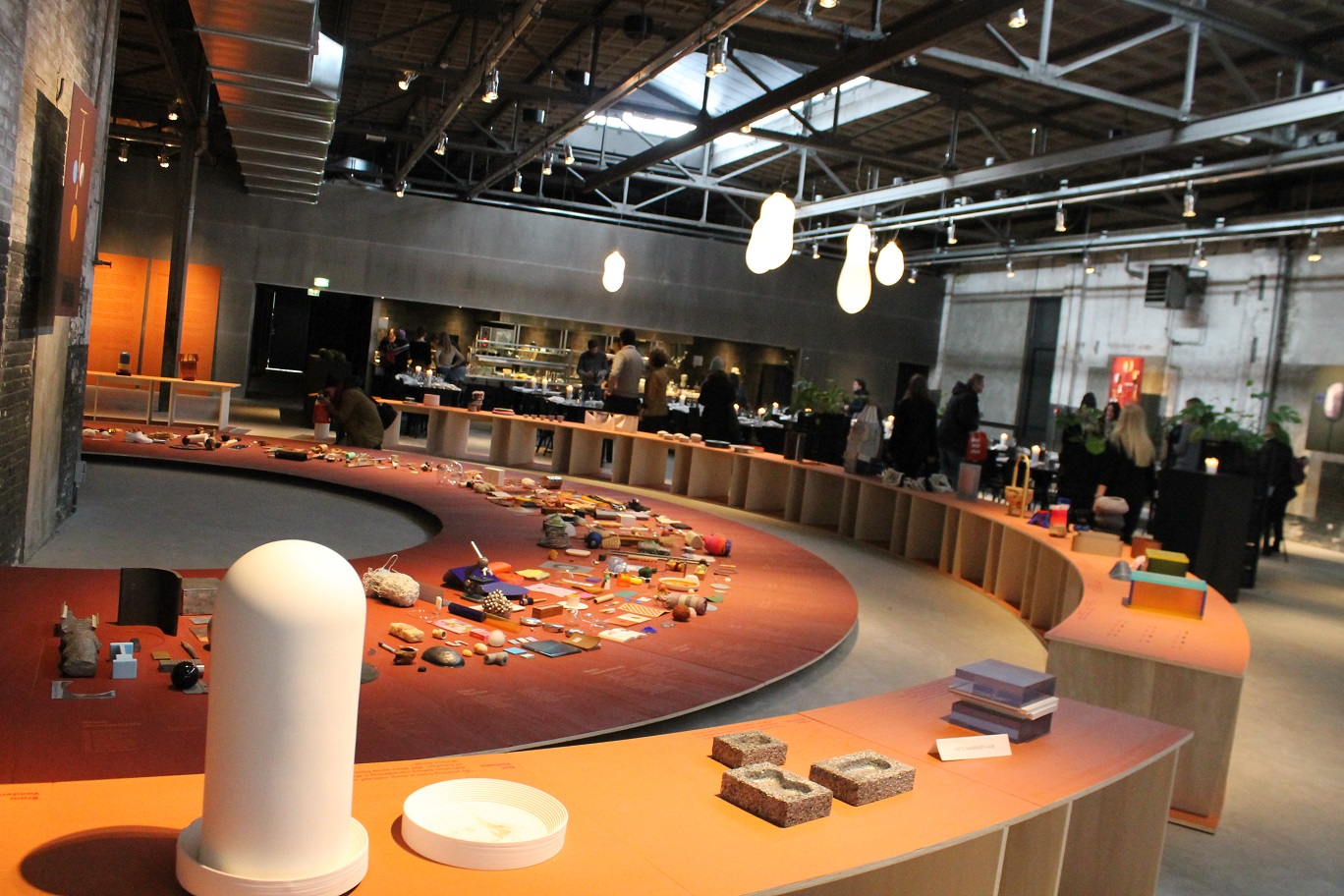 Kaserne is your definitive urban regeneration hangout. Once a police barracks and a garage for garbage collection trucks, this started as a pop-up during Eindhoven’s Design Week. Now it brings together the world of fine food and fine design, with a restaurant led by chef Carlos Blankers and a design museum that highlights the best of local and international talent. It also offers meeting and debate rooms where designers can get together and explore new ideas. In late 2018 they will be expanding with a seriously high-end restaurant and hotel, but for now you can still tuck in to the likes of cod with langoustine jus and fennel salad while surrounded by their latest exhibition 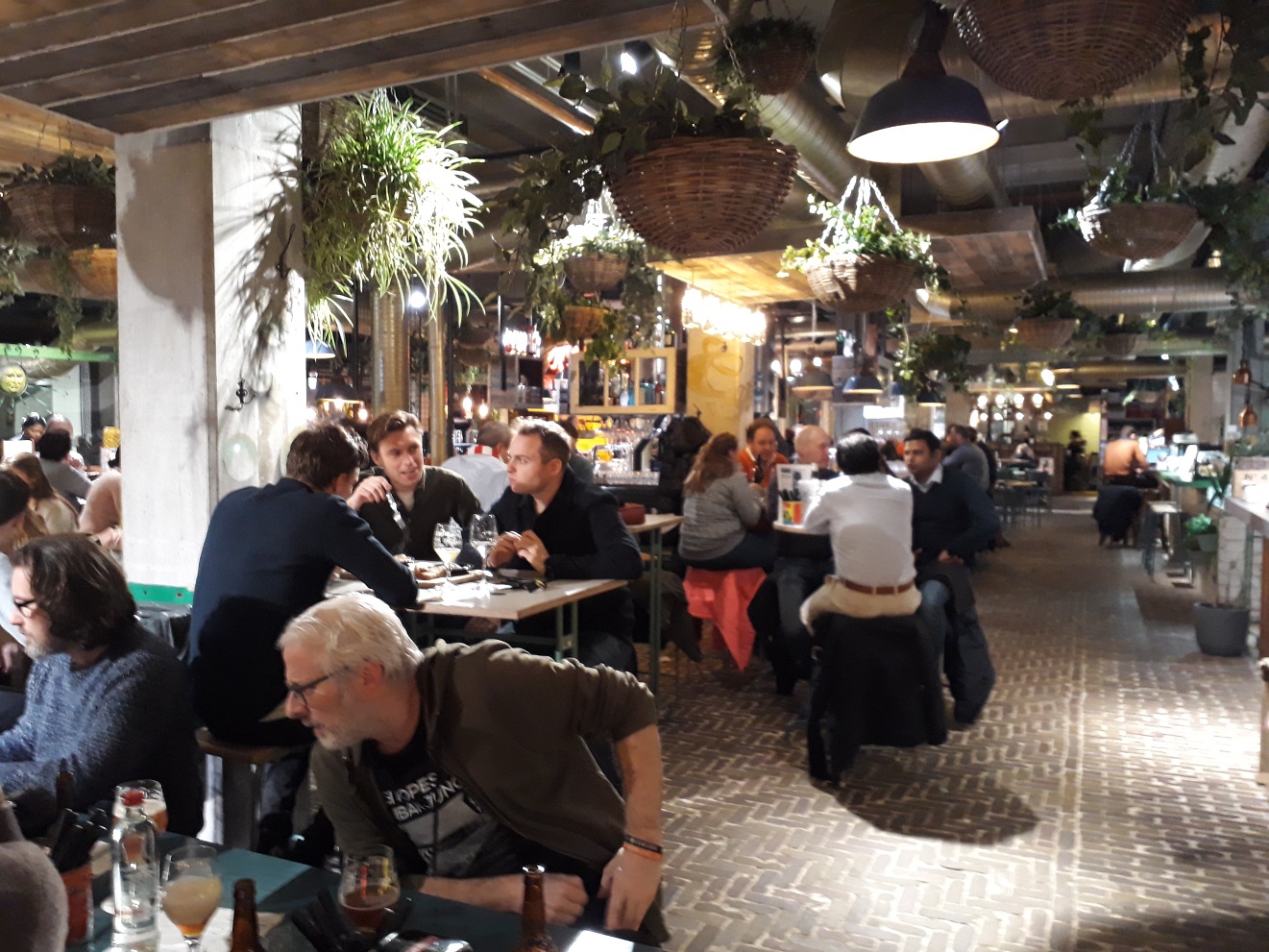 Downtown is the latest must-eat food venue that is getting the locals excited. Think of some of your favourite streetfood vendors and put them in a food court environment.  Billed as a “gourmet market”, it features 21 independent vendors from high-end seafood to US barbecue, Vietnamese pho and Afghan manto (stuffed dumplings). There’s even a profit-sharing element among the traders to encourage diversity.The businesses cluster around a verdant indoor seating area – outside space available too –  with a couple of bars with plenty of traditional and new wave Dutch beers. I had the superb, citrussy Vuur and Vlaam (“fire and flames”) IPA from de Molen.

Where to stay in Eindhoven

I was lucky to stay at the new NH Eindhoven Centre hotel – just 2 minutes from the rail station. Terrific service and elegant rooms with superb views over the city. Watch out for little extras such as a savoury canape in your room on arrival, along with a couple of the hotels own chocolates – designed in the shape of a Philips lightbulb. On the top two floors there’s the outstanding Vane restaurant and a skybar where the adventurous cocktails are dispensed by Tess Posthumus – voted the world’s best female bartender  in 2015.

The capital of North Brabant – fortunately known by the more approachable handle of Den Bosch – can be thought of as Stratford to Eindhoven’s Brum.  Medieval buildings, quaint back streets and the shadow of a massively important cultural icon. In fact in Den Bosch’s case there’s arguably two – Vincent van Gogh and Hieronymous Bosch both lived and worked here. The Noordbrabants Museum  has a great collection of early van Gogh’s from the period before he moved to France. 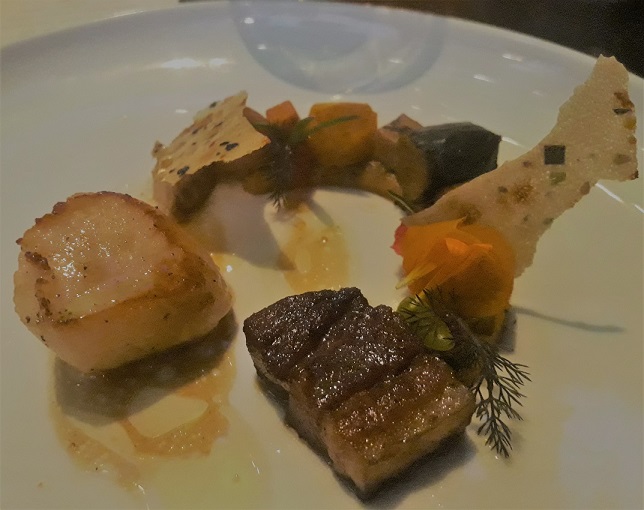 What’s pulling foodies there over the next two years is Gast – a remarkable initiative that will see 28 of the region’s best cooks, including all their Michelin star holders run pop up events in the Maria  Chapel during 2018 and 2019.  If the later events are anything like the extraordinary banquet I attended to launch the event it will be very special. Soehil Bahaoder of the two star Lindsehof restaurant in nearby Nuenen gave us some eight courses of food around the theme “Soenil loves Vincent”, while van Gogh-inspired images played around the chapel walls and ceiling. April 2018 will see chef Dennis Middeldorp serve a menu inspired by Hieronymous Bosch’s Garden of Earthly Delights. For details of future events under the Gast banner visit  http://genietenbijgast.nl/

Alternatively try one of the more 100 thriving cafes and restaurants. A day grazing Den Bosch specialities would be a day well spent  – try herring and shrimp croquettes from Visch on Kolperstraat, an enormous “Bossche Bol” chocolate and cream pastry from the Grand Cafe at 6-7 Parade,  or if you have had enough of High Tea  try the “High Beer” offered by the terrifically cozy Bar le Duc on Korenbrugstraat – make sure your try the 7% Jheronimus beer, brewed for the bar’s 40th anniversary.

Where to stay in Den Bosch:

Hotel Central is comfy rather than cutting edge but it is perfectly situated on the impressive Market Square and breakfasts are in the vast vaulted-ceiling basement.

This extraordinary theme park on the outskirts of Tilburg is Europe’s fourth largest and has been a rite of passage for virtually every Dutch child. The good news it is that even for hardened hipsters who wouldn’t dream of going anywhere near Disneyland, this is a complete joy. No corporate overkill, no cheesy blandness, just a deep love of fairytales, folklore and myth.  There are thrill rides, but it doesn’t really compete at this level, it’s more about indulging the imagination. 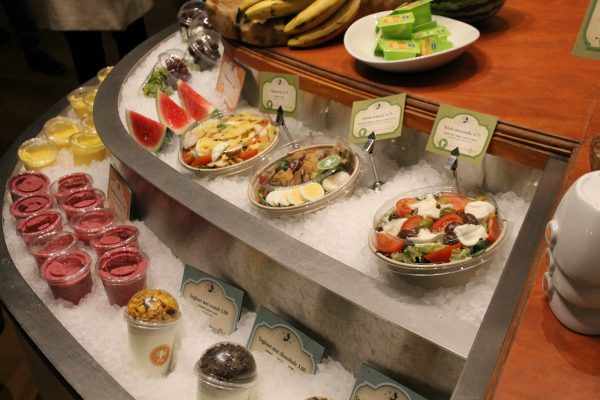 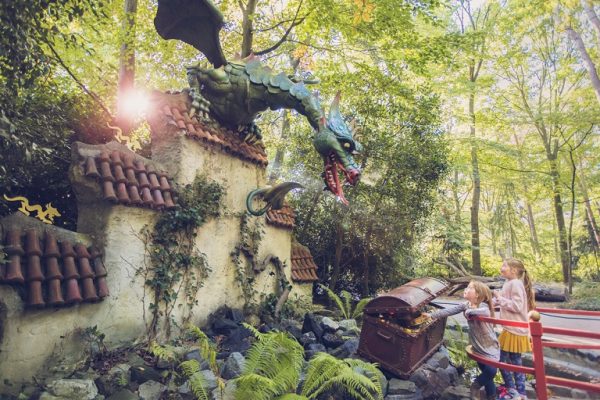 And I’d certainly back the Dailly Telegraph’s recent verdict that this offers “the best fair ground food in the world”.  Backing Brabant’s gastronic reputation they’ve cutback on burgers and pop-corn and emphasise their “Every Day Offering”, with fruit, vegetables and salads available at every outlet on the 180 acre site, alongside Dutch regional specialities such as pancakes served in the interactive fantasy environment of Polle’s Kitchen.

Day tickets are around 36 Euro in 2018, with under 3s going free. Full details here: www.efteling.com

How to get there

Flights to Amsterdam Schiphol are available from many UK airports including Birmingham and East Midlands and take around one hour twenty minutes.  Den Bosch and Eindhven are around an hour away by train. The Dutch rail system is easy to understand and Schiphol rail station is right by arrivals.

If you would rather, direct flights to Eindhoven are available from Manchester, Stansted and London City.

If trains are your thing, take Eurostar to Brussels and the Thalys to Rotterdam or Schiphol where you change to local trains.