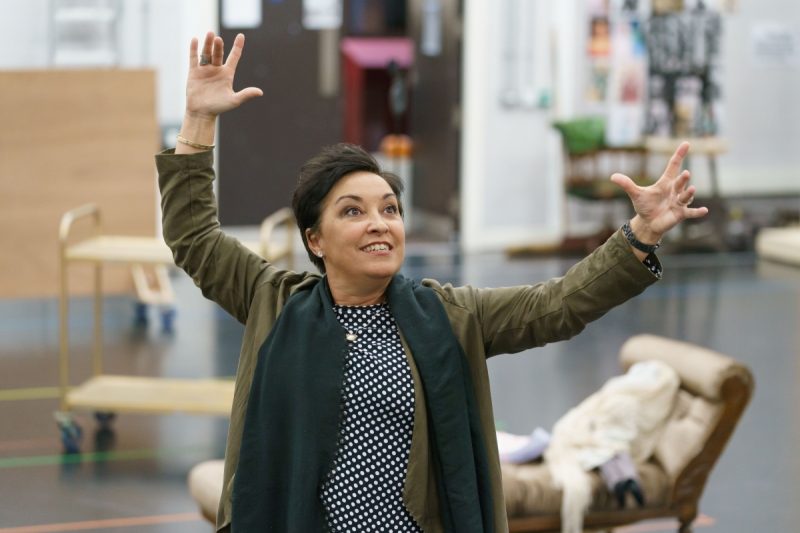 Ria Jones received standing ovations every night in the West End production of Sunset Boulevard in the role of Norma Desmond at the London Coliseum in what has become the embodiment of the fairy tale journey of understudy to star. So impressed with her performance in Andrew Lloyd Webber’s a compelling story of romance and obsession, based on Billy Wilder‘s legendary film, with Don Black and Christopher Hampton‘s wonderful book and lyrics that plans for a tour with Jones in the lead of a new production directed by Nikolai Foster were immediately put into place.

One of the all-time great musicals, Sunset Boulevard is In her mansion on Sunset Boulevard, faded, silent-screen goddess,  Norma Desmond, lives in a fantasy world. Impoverished screen writer, Joe Gillis, on the run from debt collectors, stumbles into her reclusive world. Persuaded to work on Norma’s ‘masterpiece’, a film script that she believes will put her back in front of the cameras, he is seduced by her and her luxurious life-style before becoming entrapped in a claustrophobic world before his love for another woman leads him to try and break free with dramatic consequences.

With the show having opened this weekend at Curve before touring and visiting Birmingham’s Hippodrome, dluxe’s Jonathan Fraser caught up with Ria during final rehearsals.

It’s so lovely to talk to you today. What scenes are you rehearsing today?

We have been rehearsing the Paramount scenes including the song As If We Never Said Goodbye. There are two really big solos; With One Look in the first act and As If We Never Said Goodbye in the second. They’re my favourite scenes, they’re so theatrical, and I just love them. That scene especially, when Norma goes back to the Paramount Studios is almost like the climax of the whole show, the build up to that scene is quite immense.

You’ve had a very long association with the show haven’t you?

Yes I have.  26 years ago now I did the very first workshop of it, the very first showing of the score and script in front of agents, friends, producers at Andrew Lloyd Webber’s home. I joked with him one day during rehearsals, because he was wishing I was older, and I said oh never mind one day I’ll do the revival. Then jump forward 25 years to last year and there I was just about to walk on stage at the Coliseum, which was incredible. Andrew was in New York at the time but he sent me a beautiful message, a voicemail that I will forever treasure. I’ve still got the original letter from him after the workshop thanking me for bringing Norma Desmond to life. It’s very special.

I have to confess that when I heard you were taking the part of Norma in the tour I was very excited as I was lucky enough to see you when you understudied for Glenn Close at the Coliseum.

Yes I was there on the Friday and the response from the audience to your performance was absolutely phenomenal. To receive such rapturous applause and s standing ovation must have been fantastic.

It was incredible because at the beginning there was booing and shouts for their money back. When I walked on stage I could see about 10 of my friends in the audience and they started the applause as I walked on. And at the end of With One Look which is the first song she sings, the audience just went crazy, you know the whole theatre and they just kept cheering and cheering and I thought I’ve got to break this at some point. As much as I’m loving every minute of it, I’m going to have to break it. They all came on the journey with me which was wonderful. I will never forget it as long as I live. I have a lot of it filmed and it’s always there for me to remind myself every now and then what a wonderful time it was. 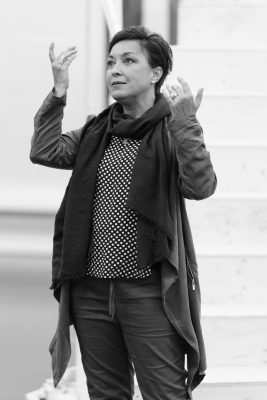 It did really feel as an audience member like you were watching something quite important happening, history and headlines being made. Did get a lot of attention afterwards?

Oh my gosh, loads and I could have got a lot more but I was also aware of the fact Glenn was poorly, so it was bittersweet really. She was ill, bless her and that is why I went on. I didn’t want to jump on the bandwagon and I had to be careful. It was lovely and I think I did just the right amount of interviews and the amount of press. With social media it just went crazy and I’m still getting messages, emails and people are coming back to see me on tour that saw me at the Coliseum.

You can wait a lifetime for the right role to come along and I feel as though I have waited a lifetime but at least I’ve got this opportunity.

There are so many spine-tingling moments in the show aren’t there?  A Perfect Year was a highlight for me, a song that was a big hit in the pop charts as well.

Yes it was, and that’s a duet in the show. Another big moment is With One Look and I also love the Greatest Star of All and Danny Mac singing Sunset Boulevard is another great moment. We’re all enjoying creating this beautiful piece of theatre and Nikolai Foster is just an amazing director. His vision is everything I hoped for and more. Adrian Kirk the Musical Director is wonderful too and the design is stunning, I saw my costumes the other day and they were really everything I hope they would be. 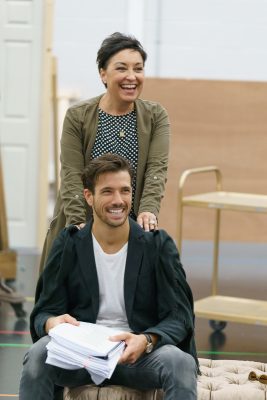 What can audiences expect to see differently from this show that they saw at the Colosseum? Is it quite faithful to that or is Nikolai putting a different take on it?

Nikolai is putting his take on it but this is the first fully staged production since 2002. I think 2002 is the last time it was fully staged with an orchestra in the pit as opposed to on stage. With all the technical advances we have nowadays with the computers and mixing film with theatre, which this show lends itself to so well, it’s so exciting so they can expect some stunning visual moments as well as the sound of it all.

Do you think there are still Norma Desmonds out there in today’s theatre and TV worlds?

Well they always say that there aren’t enough roles for older women in Hollywood so I suppose things haven’t really changed.  When the talkies came in the actors were just pushed aside and Norma was the biggest star of them all. Hollywood moves so fast. You’re only as good as your last movie I guess and that’s still the case today. Of course the show is all about feelings, emotions, love and aging. It’s a story I think that everyone can identify with on so many levels. Especially actresses like myself, I’m sort of the age that Norma is in the script so I feel that I’m at the right point in my career and in my life with life experience behind me that I can bring that to this whereas 10 odd years ago I didn’t.

I was going to ask what would be your dream role but these seems pretty much it.

This is my dream role to be honest, the only other one I would want to sink my teeth into is Mama Rose in Gypsy or I’d love to take on the role of Mame in the musical of the same show but we shall see. 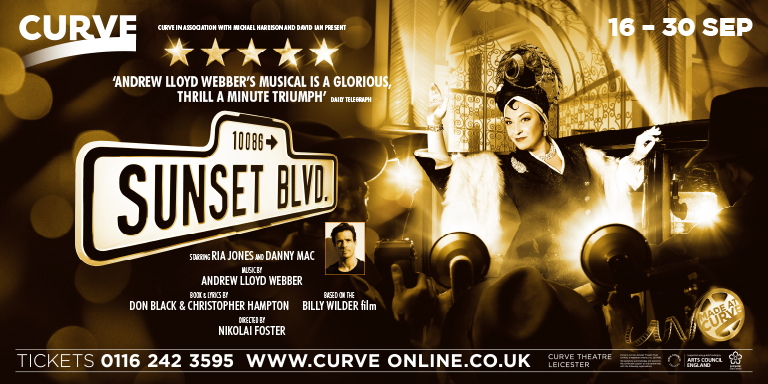 Sunset Boulevard is at Curve until the 30th September and at Birmingham’s Hippodrome from the 13-18 November.