Due to the demands of children (and their parents) across the land, HORRIBLE HISTORIES – BARMY BRITAIN is back to entertain families this Easter!

Having staged their unique Covid-safe production to delighted audiences over the past summer and then helping thousands of families plug the panto-less gap with Horrible Christmas, Birmingham Stage Company and Coalition Agency are delighted to add 30 HORRIBLE HISTORIES – BARMY BRITAIN shows to the Car Park Party Easter line up alongside David Walliams Billionaire Boy and Horrible Histories Gorgeous Georgians and Vile Victorians.

Neal Foster, Actor/Director, Birmingham Stage Company says, “I’m over the moon to be back on tour with Barmy Britain after it’s hugely successful tour last summer. It’s weird and wonderful to be performing in car parks and to see the audience having fun behind their windshields. We can’t wait to get back out there”. 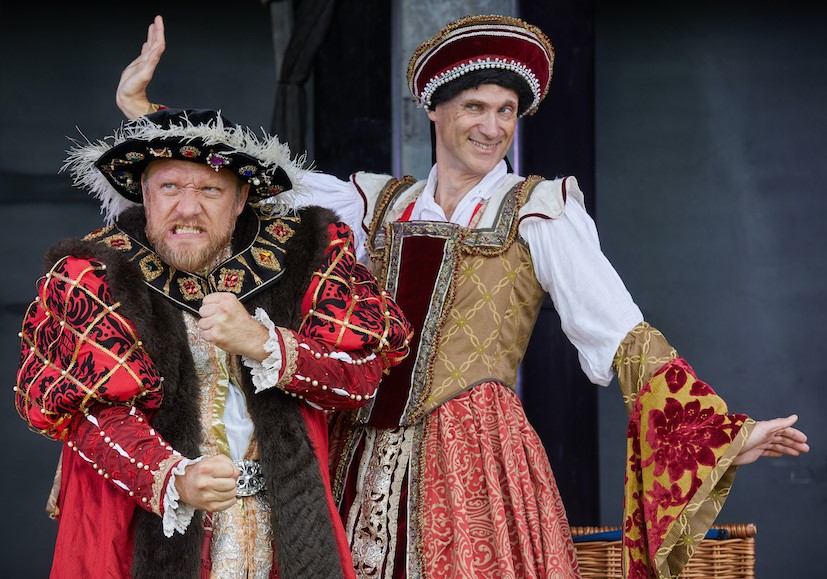 Horrible Histories Live on Stage is based on the bestselling books written by Terry Deary, illustrated by Martin Brown and published by Scholastic. It first launched in 2005 with the world premieres of Terrible Tudors & Vile Victorians. Since then, the Birmingham Stage Company has produced eighteen different Horrible shows, performing to over three million people in the UK, including the longest running children’s show in West End history, with its record-breaking series Barmy Britain.

Car Park Party know this fantastic show will entertain all ages with its hysterical historical journey through the barmiest bits of British history!

Perfect entertainment for those aged from 5 to 105!