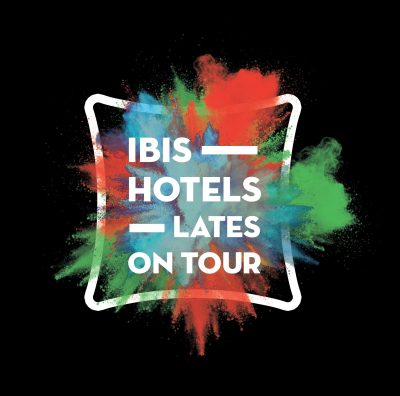 Birmingham music duo Ekkah returning to their homeland to headline.

ibis Hotels has announced it will transform its Birmingham hotel into an exclusive music venue to launch ibis Lates on Tour, a series of gigs providing a stage to showcase young, up and coming music talent in partnership with the Roundhouse.

Kicking off at ibis Birmingham New Street Station Hotel on Thursday 11th May, the gig will be headlined by Brum duo Ekkah, with support from Roundhouse Resident Artists Malunga, Kenan Kian and DJ Nikita.

Comprising of best friends Rebecca Wilson and Rebecca Pennington, Ekkah was formed in 2013 from the ashes of Birmingham angst-rockers The Arcadian Kicks, and have since played at Glastonbury and supported the likes of Jess Glynne, Shura, Chic ft. Nile Rodgers and Kylie Minogue. A combination of keys, saxophone, guitar and vocals, Ekkah’s unique sound is a funky fresh take on disco, mixed with 80’s RnB.

Malunga is an energetic and soulful artist from East London, whose upbeat brass melodies mix with powerful female vocals and a strong bass and quick tempo. Malunga’s songs are bursting with personality and love for music, which she will bring in abundance to ibis Lates. Rounding out the bill are London-based singer/songwriter Kenan Kian, and DJ Nikita, who will be spinning the best in alternative soul sounds, hip-hop and electronic beats.

Karelle Lamouche, SVP of Budget & Economy Brands at AccorHotels UK, says: “ibis Hotels provide everyone with access to great events and experiences across the UK. We are excited to welcome some of the UK’s talented young musicians into the hotel as part of ibis Lates on Tour starting first in Birmingham.”

Over the coming months, further gigs will take place at ibis Styles Manchester Portland Hotel, ibis Bristol Centre and Scotland. Each gig will be headlined by an emerging act handpicked from the local music scene and supported by some of the best up and coming acts from the Roundhouse Resident Artist programme, which offers backing and opportunities for emerging music and artistic talent.

All money raised through ticket sales will go directly to ibis’ charity partner, Teenage Cancer Trust, who provide specialist care and support for young people in the UK living with cancer.

proud to be partnered with ibis Hotels and look forward to working with them on this brilliant project. The hotel environment provides a unique and exciting platform to showcase the extraordinary talents of our Resident Artists.”

Head of Corporate Partnerships at Teenage Cancer Trust, Nicola Bott, says: We’re so excited to have been chosen as ibis’ charity partner. Currently, for every young person with cancer we support there’s another we can’t reach. We want to change this. Our amazing partnership with ibis will help raise the money needed for more specialist nurses so we can ensure no young person faces cancer alone. We can’t wait to see ibis Lates raising the roof across the country – what a brilliant way to kick off our partnership. A huge thank you to everyone who’s coming along, we hope you have a fantastic night.”

Tickets for ibis Lates on Tour are available for £5 via Skiddle at skiddle.com/e/12964029. Further dates and acts will be announced in the coming weeks and months. Follow all the action on the night at #ibislates. For more information please visit www.ibis.com.