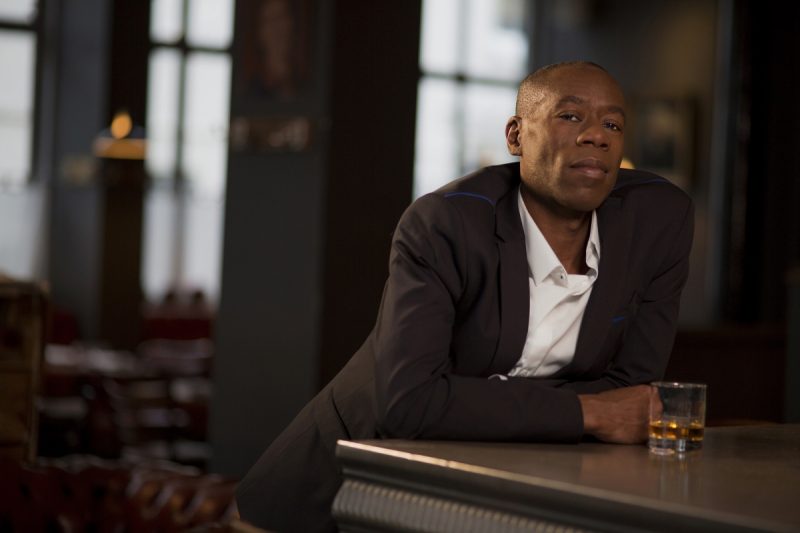 Born in London Andrew Roachford, 55, spent more than 20 years as the driving force behind his eponymous band Roachford, whose hits in the late ‘80s included Cuddly Toy and Family Man, before joining a relaunched version of Mike + The Mechanics, originally a side project of Genesis bassist Mike Rutherford.

Ahead of the release of his new solo album Twice In A Lifetime on April 3rd and a UK tour, he talks about receiving his MBE for services to music, duetting with Beverley Knight, sharing his success with his family, and how he hopes The Reverend Al Green will read this interview.

Congratulations on the new album Twice In a Lifetime’. It was a long time in the making, but well worth the wait. Why did it take so long and, when you went in to the studio, what did you want to achieve?

I actually recorded and released a “cover” album a few years ago called Encore that featured my take on some of my all-time favourite songs by other artists, so on Twice In A Lifetime I wanted to make an album that worked in the way the Motown and Al Green records are. They sound so effortless and uplifting and yet there is a real depth to them and a deep musical sensibility, not too indulgent.

You’ve been called on for your song writing skills by the likes of Michael Jackson, Joss Stone and Chaka Khan. Where/ how do you find your song writing inspiration? And how different is the process when you are writing for other artists compared to that for your own albums?

When I’m writing for other artists I try to step into their world and actually try to be them in my thoughts and feelings. It’s quite a different process because I’m in that 2nd position as a writer but everything I write is special to me.

Cuddly Toy was such a huge hit in 1988. Do you always feel pressure to write a ‘new Cuddly Toy’?

I’ve never felt pressure to write another Cuddly Toy because I understand that was just a moment in time caught in a snapshot, which resonated with many people for one reason or another. I feel I have since written much better songs and that’s all I need to do.

You have a duet with Beverley Knight on the new album, how did that come about and what does Beverley bring to the song?

I’ve always been a big fan of Beverley Knight and our paths had crossed many times. She actually did a great cover of Cuddly Toy, so when I had this song called What We Had it was really a no brainer deciding who should sing the female part, and so we asked her and she said yes, and when she came to the studio and started singing we knew it was going be special!

Are there other current artists you would you like to collaborate with?

I’ve always dreamed of writing a song for or with Al Green. I’ve been saying this in interviews for years hoping he would read it and maybe get in touch with me… I’m ready when you are Reverend Al.

You recently played a live session on the Radio 2 Breakfast show and, as well as your own songs, you played a cover of Human by Rag’n’Bone Man. Why that song?

I was blown away when I first heard that song because it sounded so unique on the radio and Rag‘n’Bone Man’s big voice has a bluesy vibe which is right up my street.

Radio 2 are playing songs from the new album – the first single Love Remedy was recently the most played song on the station. Do you still get a thrill when you hear your music on the radio?

There is something very special about hearing your own song on the radio; it’s still such a buzz for me, just in knowing that at that moment people all over the country are listening too. It’s something that can never be taken for granted.

In these days of the internet and streaming, is traditional radio play still important to you?

I think that a vast majority of my fans are of a “certain” age and still listen to the radio a lot, so it works well for me when my songs are played on the radio.

You’ve spent much of the last decade on tour with Mike & The Mechanics. What was that like and how has that impacted you as an artist?

Touring with The Mechanics is such a vibe! We have become mates over the years so it’s always fun. Mike has such a great take on making music and I feel I’ve learnt a lot from working with him live and on the albums. It’s made me a better artist.

When planning your own solo shows how do you decide what songs to play?

Choosing the songs for the live set can be tricky but, for me, it’s important that the show flows in the right way from start to finish. Having new songs is always a good thing because it keeps the show fresh but of course you have to drop in some well-known songs or you’re asking for trouble!

Earlier this year you were presented with your MBE for your services to music by Anne Princess Royal at Buckingham Palace. What did that mean to you?

The day I got the letter about the MBE I called my mother. She has always supported and encouraged me in my music and I knew how over the moon she would be. I was very shocked and honoured to receive an MBE.

You were accompanied to the Palace by members of your family including your brother Stephen who has worked with you since the days of Cuddly Toy, and is both your manager and guitarist. How do you balance your working and family relationship?

I’m very lucky to have a brother like Stephen. He is a rare breed; we are brothers and best mates, it’s lovely to have family on the road especially when you’re as close as we are. And will always be.

You are a musician, songwriter and singer, but perhaps often seen as primarily a singer. How would you like to be known?

I play a few different instruments but I guess I would like to be known as an artist. People like Stevie Wonder, Marvin Gaye, Joni Mitchell and Jimi Hendrix were recognised as true creative people and not just for whatever instrument they played.

You have an interest in astrology and reiki. How do those interests influence your work?

I’m a big believer in things like astrology and reiki healing. I know it’s sometimes frowned upon and dismissed by some people but I feel that music can have healing vibrational energy to it. Astrology has often helped me understand aspects of how different musicians I’ve worked with might approach playing and it makes a lot of sense to me.

What’s next for Roachford?

Next, well a lot of gigging and touring my new album Twice In A Lifetime. And I would eventually write some music for a film… something like Alpha Papa 3 maybe?!? 🙂

The brand new album Twice in a Lifetime is out 11TH SEPTEMBER , pre-order now: https://roachford.lnk.to/twiceID

See http://gigst.rs/Roachford and Ticketmaster for tickets