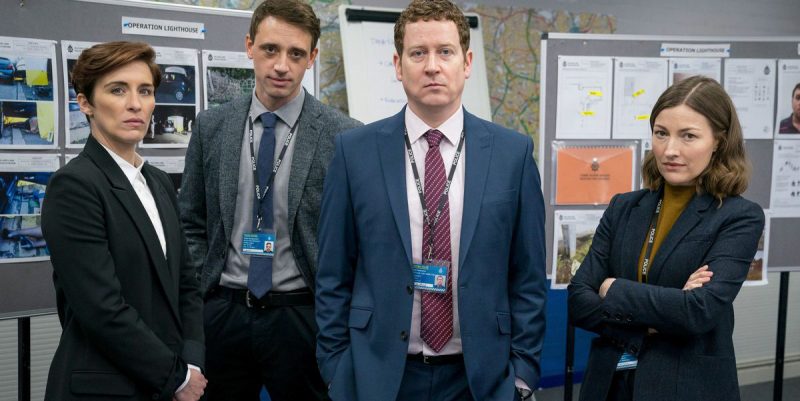 TV star Nigel Boyle, who plays Detective Inspector Ian Buckells in Line of Duty, has revealed his experience of working on the primetime BBC TV police drama during the pandemic, his civic pride in Birmingham, and his ambitions to work with a well-known comedy great.

Speaking ahead of an online masterclass with hundreds of Royal Birmingham Conservatoire Acting students, Nigel also shared advice for budding screen and stage professionals looking to pursue their careers once theatres and productions fully reopen across the UK.

Having graduated from Birmingham School of Acting in 2002 – now part of Birmingham City University’s Royal Birmingham Conservatoire – he hopes to see fellow alumni follow in his footsteps and make an impact in the industry.

“The pandemic has been tough for everyone,” the actor said, explaining, “We had to adapt like everyone else. I was one of the few lucky actors that had already begun shooting a project, so after the first lockdown we put systems and protocols in place to deal with it. Astonishingly, we managed to get it finished without any major hiccups. But it was very challenging and everyone had to play their part in making it work.”

The sixth series of Line of Duty, currently airing to UK audiences, saw its highest audience to date recently, clocking up a record 9.6 million viewers for. For Nigel, it’s been a real pleasure to be part of the smash hit show written by Jed Mercurio.

“It’s amazing to be part of such a successful show! I’m constantly grateful and never take it for granted. I remember auditioning for the pilot back in 2010. The first series was shot in Birmingham and the auditions were held there so I travelled up from London in a suit.

“When I read the first episode I knew I had to nail it as it was the best audition script I’d ever read and I knew I was right for the part. I spent two full days preparing for it so I was super ready when I got to the audition. I got a call back the next week and was offered the part. The major high for me was the read through – sitting around a table with such a huge cast of top class actors and me!”

Nigel has had fans on the edge of their seats as Buckells, with latest storyline developments seeing the Detective Inspector interrogated for suspicious behaviour, facing suggestions that he has been framed and accusations of being a ‘snitch'”.

“My character has so many interesting scenes and great lines, there’s too many to mention. But the opening scene in episode four of this series was quite special. I always wanted an AC12 interview scene in the ‘glass box’, and I finally got my wish.”

Born in the South Birmingham suburb of Moseley, Nigel has played Brummie policeman Buckells since season one of the show, also appearing in acclaimed British TV dramas Peaky Blinders, Small Axe and Coronation Street, and feels that attitudes towards his home city are changing for the better. 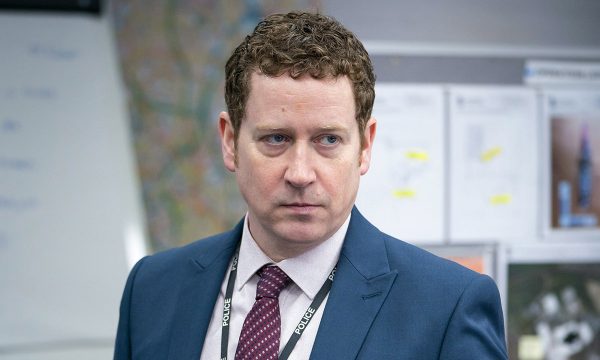 “I’m extremely proud of my Brummie/Irish heritage, so when Line of Duty was shot first in Birmingham, and then Belfast, it was perfect for me.

“I think Line of Duty and Peaky Blinders put Birmingham back on the map. Although I was lucky to appear in one episode in series four of Peaky Blinders, I would have loved a bigger role, even if it was that of an accent coach!”

Nigel has plenty of advice to share with younger actors, and will be talking about his experience in a video masterclass with hundreds of Royal Birmingham Conservatoire Acting students next week. After an incredibly testing year, which saw an abrupt stop to all live performances and much industry work as Covid-19 spread, Nigel is optimistic about the future.

“Things will improve, the theatres will re-open, and there will be lots of opportunities open to new graduates again. Instead of worrying about it, just get on with it and utilise your energies on honing your craft.

“Keep working, keep reading, and keep learning! When you graduate it’s isn’t the finish point, it’s where the hard work starts. You have to keep improving and trying to be better than you were before.

Nigel recently became a father for the third time, and has been balancing work commitments with parenting. Post-Line of Duty, he is looking forward to new challenges, including one aspiration to work with a very well-known comedy superstar on his hit Netflix show.

“I have got to the point where I can afford a lot more consideration when being offered parts. There are things being talked about at the moment, and what’s really nice is that for the last few years I’ve been offered stuff without having to read/audition for.

“What I’d really like to do is work on Afterlife with Ricky Gervais (one of my heroes!).”

“But I seem to have found a niche paying coppers/detectives – and if that’s what the next 20 years has in store for me,  and as long as it pays the mortgage and child care, then I’m cool with that!“

Nigel Boyle stars in Line of Duty on BBC One and BBC iPlayer.