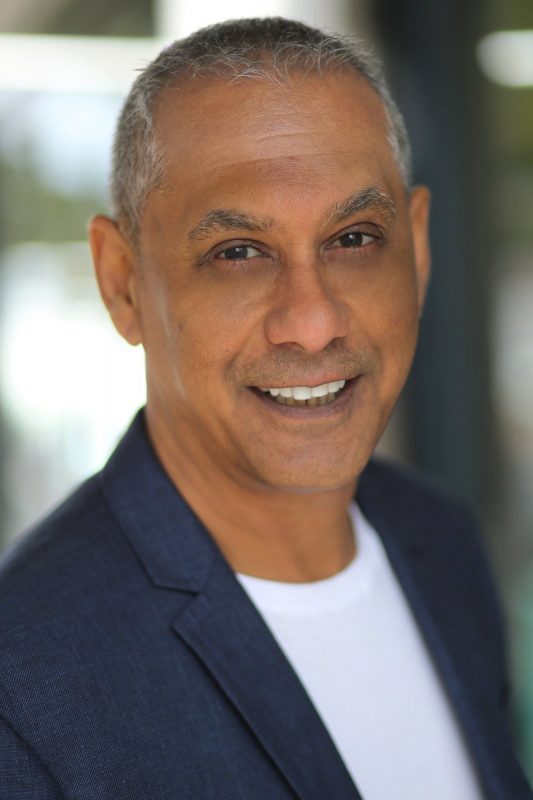 This November, Hanif Kureishi’s iconic and Oscar-nominated screenplay My Beautiful Laundrette comes to the stage 35 years since its film debut. This bold new drama will be presented against a funky backdrop of 80’s music and culture and explores cultural conflict, gender equality, class and generational strife.

Set in London during the Thatcher years, My Beautiful Laundrette tells the story of young British Pakistani, Omar, who transforms his uncle’s run-down laundrette into a thriving business. After being confronted by a fascist gang, Omar recognises school-friend Johnny and uses their history to diffuse the situation. As they renovate the laundrette together, love blossoms between them. Dluxe caught up with the Gordon Warnecke, who originally played Omar in the film as he returns to the piece in the role of Papa.

Is it a surreal feeling, playing the father of the character you played 35 years ago?

It kind of is, yeah because as you said it was 35 years ago but I have a good feeling about it. Enough time has passed that I feel that I am able to approach it with fresh eyes.

The film has become an iconic part of the eighties and alongside it your image. Were you ever aware of the films potential from the start?

Well initially it was written for TV, scheduled to be the launch film for I think Channel 4’s Film4. So we thought it was going to be a made for TV project and it ended up being shown at the Edinburgh Film Festival. I was filming my first TV show at the time called Boon, in Birmingham, and word got down that Jeremy Isaacs really liked it and said it should get a cinematic release. It was never expected but I was pleasantly surprised that it did.

The British Film Institute ranked the film as the 50th greatest British film of the 20th century.

Which is amazing, all credit goes to Hanif’s writing and Stephen’s direction and the way it all unfolded.

How did you get involved with the film initially, did you simply audition for it?

Yeah, I did. I’d never done a film before. I was trained and had been doing a lot of theatre up and down the country. Rita Woolfe, who plays Tanya in the film, well I’d met her a few times and she suggested me to Hanif who she knew. So, Stephen and Hanif pulled me in to audition. I was very young and naïve about the whole film business.

Am I right in thinking this is the first time it’s come to the stage?

It has been done a couple of times in very small theatres, quite a few years ago. But this is the first major production of it.

Do you think the themes explored in the film are as relevant today?

I think so. If you look at some of the strains in the film for example Thatcher’s Britain where people were out there to try and grab as much as they could. I wouldn’t say it’s quite the same now but there’s definitely a relevance. Also relationships within the Asian family, that still goes on, trying to marry spouses off, that’s all there. The eighties were a hotbed of political movement and although it’s a different political movement now, I think there is much more of a feeling amongst people again that change is coming and whether you thought Brexit was a good idea or not, people are making a stand towards that.

Will the show be treated as a period piece?

Having spoken to Nikolai Foster, the Director, I think it’s going to be
firmly rooted in 1985 and without giving anything away the music and the set design from what I gather, we’ll be very much of that era. It’s funny a mate of mine actually yesterday was saying I can’t wait to hear what music as he knows the sound designer and he can’t wait to see what they’re going to do because through every genre there is always some great music.

What do you think audiences will be taking away from this?

Do you think lost characters like Papa still exist within today’s society?

I think so. When I initially met with Nikolai and Hanif I was telling them about my father who was a socialist and he kind of still held on to his beliefs despite the fact he could see Britain was changing and was moving away from the so-called Left wing. There’s still a lot of people who not only wish for the old days but don’t forget what their principles are. I can relate to Papa, very easily, because it was almost like my father, he wasn’t a big drinker although he did like a drink. I’ve still got his socialist books; I’ve got them on my desk in front of me now to go back and revisit those ideas that have washed away in the last ten or twenty years.

Do you feel playing this role that it’s like completing a cycle?

Nikolai sent me a beautiful email saying “there feels like there could be a lovely synergy/stroke poetry in this” and that kind of sold it to me because if you look at what he said, it’s true. It’s come full circle, it was an honour to have been offered it.