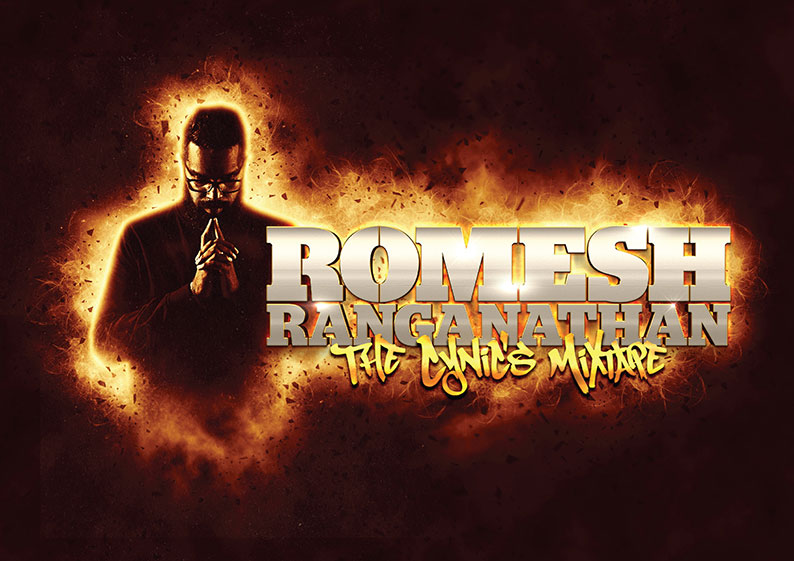 Romesh Ranganathan is back with a brand-new show, THE CYNIC’S MIXTAPE, and it’s his most brutally honest show yet. See him this year when he brings the show to Birmingham Hippodrome on 2nd April, and 3rd & 4th May

Fresh from The Reluctant Landlord, The Misadventures of Romesh Ranganathan, A League Of Their Own and Judge Romesh, he’s putting showbiz aside to deliver a carefully-curated selection of all the things he has found unacceptable since his last tour, including why trying to save the environment is a scam, why none of us are truly free, and his suspicion that his wife is using gluten intolerance to avoid sleeping with him.

On his last nationwide tour, the monstrously successful Irrational, Romesh Ranganathan was pondering whether he has an irrational viewpoint on the world or whether that can be attributed to absolutely everyone else. This time around, he’s putting together The Cynic’s Mixtape in which he offers perspectives on the world that are partly incredulous and wholly hilarious. “I enjoy puncturing the common point of view,” admits Romesh. “Sometimes I agree with it but often the common acceptance of certain things is based on facts that I find irritating, so I undermine that and deliberately say things, not to simply be provocative but because I like the reaction to them.”

And now, the man who was also recently voted by The Guardian as the 17th best comedian of the 21st century, is out and about across the UK with his barnstorming new live show which he explains is divided into two distinct parts. “The first is looking at different issues such as the environment, a bit about the Liam Neeson thing, and how people respond on social media to the deaths of celebrities which is something I find quite weird. I remember sitting with a friend when Whitney Houston died and he was agonising about what he was going to post online. I said, ‘you don’t have to worry about that, it’s not your business; the world is not waiting to hear what you’re going to say.’ People end up making these events about themselves.”

In part two of The Cynic’s Mixtape, Romesh zeroes in on more personal material, focussing on the relationship he has with his wife and their three children, and fretting about his own existence. Which sounds heavier than it actually is. “I got a medical when I turned 40 as I started to worry about my own mortality not for myself but in terms of my kids. Before, when I was going to the gym or staying on top of fitness, I’d do it for some sort of vanity reason; I’ve long since abandoned that and have accepted that I’m never going to look good. So the second half is about my reaction to that medical. My wife and I are very happily married but we’ve got to that point where we’re set in our ways a bit. That’s the nub of it.”

Romesh acknowledges that we live in interesting but testing times, with the terrain of stand-up comedy one where every utterance a comedian makes comes under extra scrutiny. “I don’t feel the need to agree with the person I’m watching to enjoy what they’re doing. In his last Netflix special, Dave Chappelle said a lot of stuff that I don’t agree with but it doesn’t stop me laughing about it. Similarly, I’m a massive fan of Bill Burr and in his most recent show he’s pretty full on about feminism and how male feminism isn’t a thing. I follow the logic of what he’s saying and I do find it funny while not necessarily agreeing with him. We do seem to be living in hyper-reactive times now and people feel more ready to be offended than before. As an audience member myself, I don’t have that need to agree with everything the comic is saying.”

Romesh works from the standpoint that there will always be someone who doesn’t agree with what he’s trying to say in his comedy, but as long as he has worked hard on the material, can justify it from every angle and gets the big laughs, he knows he’s on the right road. “When I start performing material for the first time, that’s when I might offend people or push it too far, because I perhaps haven’t expressed what is definitely a good idea elegantly enough. So you play with it, and when the laugh for something is big enough you know that you’ve found an acceptable line through that way of thinking. But I never write something and think I can’t do that because I don’t want to get into trouble for it; I tend to just write what I think. I am guided by the laughs.” As he takes his Cynic’s Mixtape around the country, those resounding laughs are following him wherever he goes. 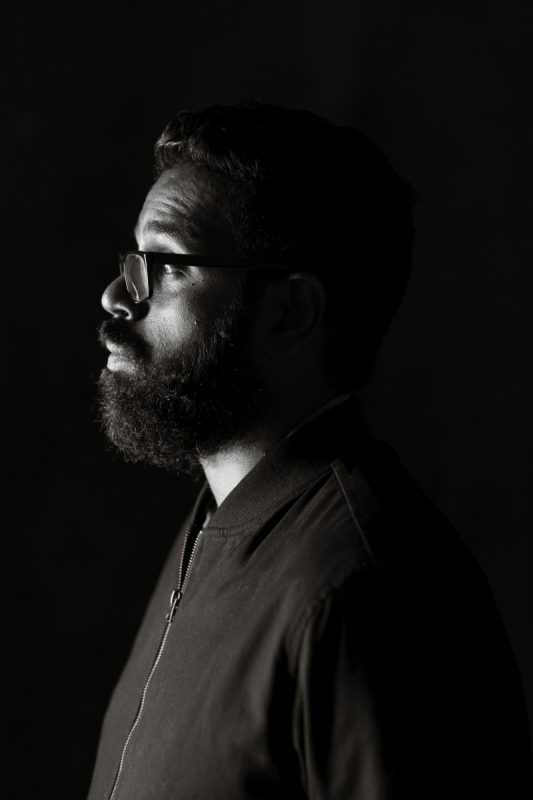 Romesh’s cynicism has become his trademark, but since being nominated for Best Newcomer at the 2013 Edinburgh Comedy Awards this deadpan humour has made him one of Britain’s most respected and popular comics.  Now, though, the Asian Provocateur has returned to his stand-up roots for a while – there’s things he needs to point out, discuss and have a good moan about. Care to join him?