£10,000 raised for Hope Against Cancer in English Channel challenge 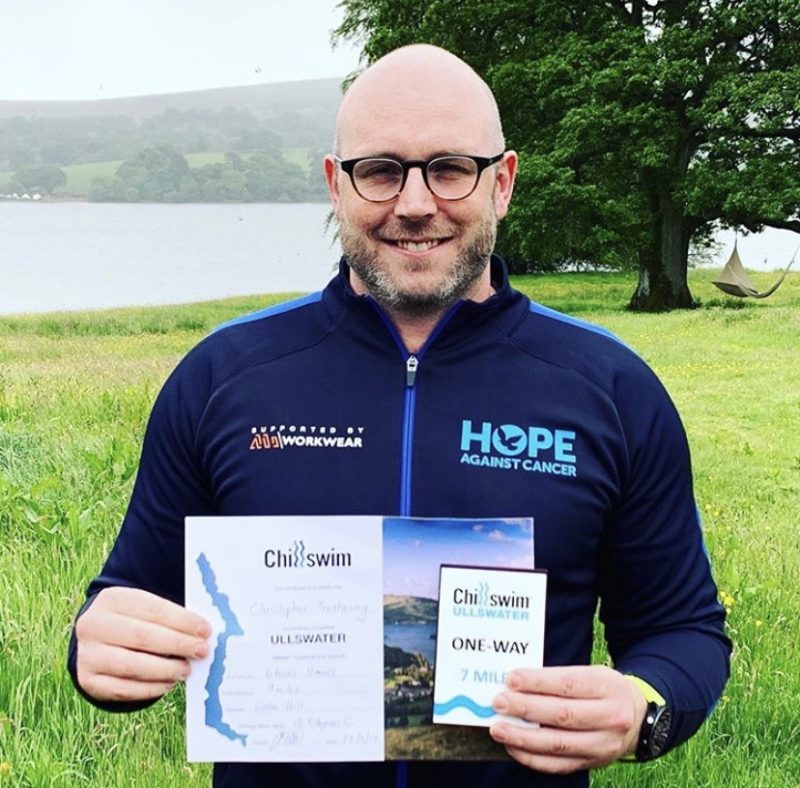 At 6am on the 12th of July,  Christopher Trethewey embarked on a challenge which would see him eventually swim 21 successful miles across the English Channel raising an astonishing £10,000 for Leicestershire based charity, Hope Against Cancer.

Christopher currently works alongside the Hope Against Cancer Facility Trials Facility, which offers cancer patients the opportunity to take part in research trials to develop new cancer treatments. The main project he has currently been working on is to create better ways of monitoring lymphoma patients, something of which the Clinical Trails Facility specialise in.

The route of this swim started South West of Dover at Shakespeare’s Cliff and came to an end at Cap Griz Nez in the South West of Calais. Before this challenge, there were many precautions that Christopher needed to put in place, such as sustaining up to 8,000 calories a day to maintain metabolic temperature and combatting hypothermia in the 15-16C waters.

Other obstacles could have included an exposure to jellyfish stings, cramps and the tides which could have affected the success of the swim. During swimming, he had the watchful eye of Eddie Spelling, from The Channel Swimming and Piloting Federation who piloted the boat which accompanied Chris’s swim. 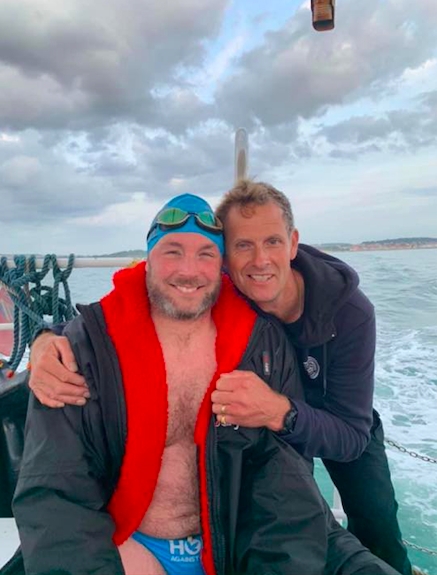 The success didn’t come without hard work and determination. For the last year Christopher has been training, which included swimming lengths of 15,000m and spending time in the cold-water at the Stoney Cove Diving Centre in Leicester. Before even attempting to cross the channel, the CSA (Channel Swimming Association) must be satisfied that you can complete a 6-hour swim in similar temperatures to that of the English Channel.

When asked why he chose to fundraise for Hope Against Cancer he said: “My motivation comes from the patients I see every day at the Clinical Trials Facility and the Leicester Royal Infirmary Haematooncology Unit. I have befriended wonderful people who have succumbed to this non-discriminatory disease that is cancer. This swim has been a mere speck compared to what these people have to manage.”

Nigel Rose, who is the Chief Executive at Hope Against Cancer has commended Mr Trethewey by saying: “The effort and bravery that Chris has shown both in the long build-up and during this challenge makes everyone at Hope incredibly proud. Not only does he work towards improving treatments for cancer, he has now raised money to help that research continue. We would like to say a huge thank you to all of those who have supported Chis and donated to this cause.”

To find more information on Hope Against Cancer, you can visit: https://www.hopeagainstcancer.org.uk/