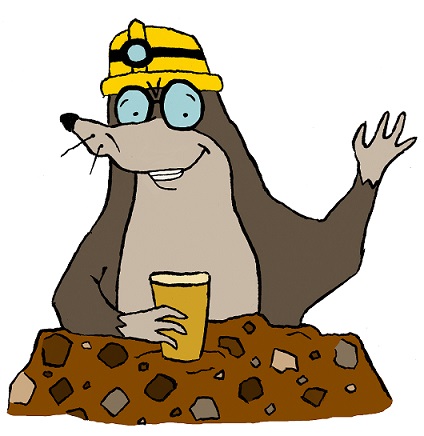 The Leicester branch of the Campaign for Real Ale (CAMRA) announces that it will be holding its 20th Annual Beer Festival at the Haymarket Theatre in Leicester City centre from Wednesday 26th to Saturday 29th February.

After asking their, almost, 2000 members the theme of 20/20 Vision was selected for the festival. The character ‘Melvin the Mole’ was designed specifically for the event will feature on all the publicity, posters, teeshirts and festival glasses.

This year the festival will feature over 202+ real ales in cask and KeyKeg plus 40 real ciders and perries, as ever it will feature a Gin bar along with a selection of hot and cold food & snacks. Leicester beer festival moved to the Haymarket theatre in 2017 and was one of the first events to be held at the venue when it reopened after 10 years standing idle following its closure in 2007.

For the first time local businesses are being offered the opportunity to sponsor with a variety of packages available ranging from sponsoring a cask of ale through to featuring in the festival guide. In addition, Gift packages are being made available for booking through the Haymarket website and would make the perfect Christmas gift for any beer lover.

The festival is organised and run by volunteers including CAMRA members and non-members. The organising team are again appealing for volunteers to assist at the festival during set-up, running and breakdown, there are many areas where help is needed.

CAMRA is an independent, voluntary, consumer organisation which campaigns for real ale, real pubs and consumer rights. Membership is open to all individuals and currently stands at almost 193,000 nationally. CAMRA is governed by a voluntary unpaid national executive, elected by the membership.