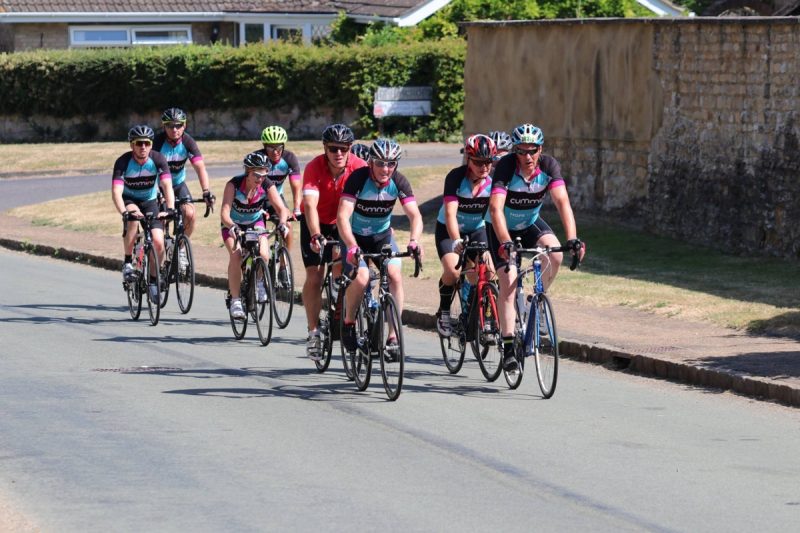 The challenge, which covers around 300 miles, will begin at Leicester Racecourse and take in several other famous racecourses around the country, including Nottingham, Doncaster, and York, before finishing back at Leicester.

David Lillyman, who had been previously successfully treated for cancer and had taken part in a clinical trial at the Hope Against Cancer facility took part in Hope’s last cycle fundraiser in 2017 after his successful treatment. David commented at the time “I am doing the cycle challenge to give something back to Hope Against Cancer by raising money through sponsorship, so they can continue doing the vital research and trials to make beating cancer easier.”

Tracey Hallam, Corporate and Events Fundraiser at Hope Against Cancer, said, “We’re really looking forward to this year’s  2,500 Furlong Cycle Challenge and the chance to see some of the most famous racecourses in England. It’s also a chance for people to all come together and support those affected by cancer – like David. Our fundraising events are such an important part of raising money to help people like David to be successfully treated for cancer, which is ultimately what we’re aiming for here at Hope Against Cancer.”

Hope Against Cancer is keen for both businesses and the general public from around the region to show their support either through sponsoring the event or by taking part themselves.

The money raised from sponsorship and fundraising will help Hope Against Cancer continue to fund innovative research that leads to improved treatments and better outcomes for people and that achieves the greatest impact in the local and national fight against cancer.

Tracey added: “It’s always so special when we see how our events, like the cycle challenge, are supported by the Leicester community. We love to welcome back our cyclists who repeatedly take part in the rides as well as welcoming new people of all abilities. There is something for everyone on our cycle challenge. We want to make sure that Leicester remains a UK-wide centre of excellence in cancer research and the money that our biennial cycle challenge raises goes a long way towards making that a possibility.”

People wishing to take part in the cycle challenge, which will take place in September this year, are asked to raise £1,000 sponsorship. In return, cyclists can expect organised training rides from the Spring and over the course of the main event, four days of challenging cycling with all accommodation and meals included as well as being looked after by experienced support cyclists and maintenance crew.

Further information about the challenge and sponsorship can be found at http://hopeagainstcancer.org.uk/event/charity-cycle-challenge-2019/