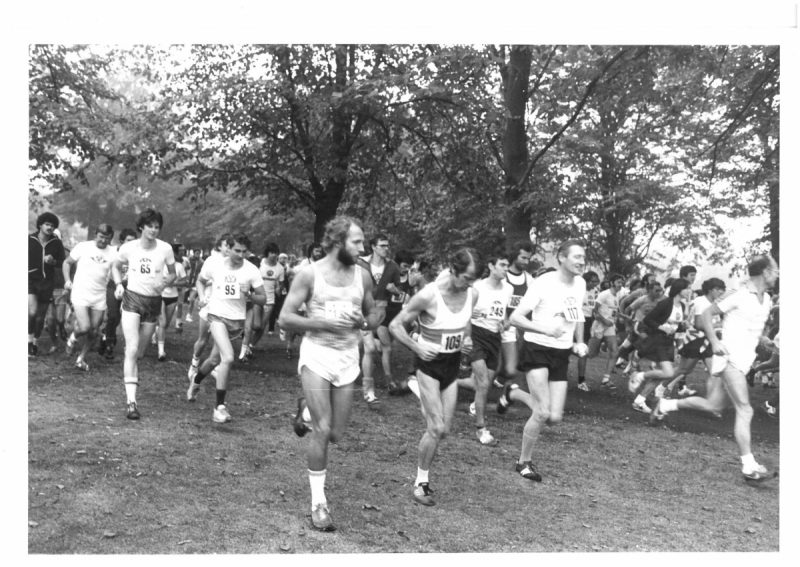 40 years ago this autumn Leicester’s runners first donned their trainers for a gruelling 26.2 mile run around the city. The Leicester Marathon, known back then in 1979 as the marathon jog, has since become a key sporting fixture in the city, thanks to the hard work of Iain Davidson who organised that first event.

“Marathon running, or jogging as it was known back then, was popular but relatively new in 1979 and, as a keen runner myself, I knew Leicester would be a great place to host one. It was a huge amount of work, but good fun too,” remembers Iain.

This year, on Sunday 6th October, Iain will be firing the starting pistol once again to begin the 2019 Leicester Marathon in aid of LOROS Hospice.

Race Director Andrew Ward said, “We’re delighted that Iain has agreed to kick start this year’s marathon. It was his vision and inspiration 40 years ago which allows us to continue this much-loved race now.

“It’s not too late to be a part of Leicester’s biggest running event – places are still available for the half and full marathon right up until the end of September.”

If you’re not up to running, LOROS is also looking for volunteers to marshal. Visit leicestermarathon.org.uk for more information.