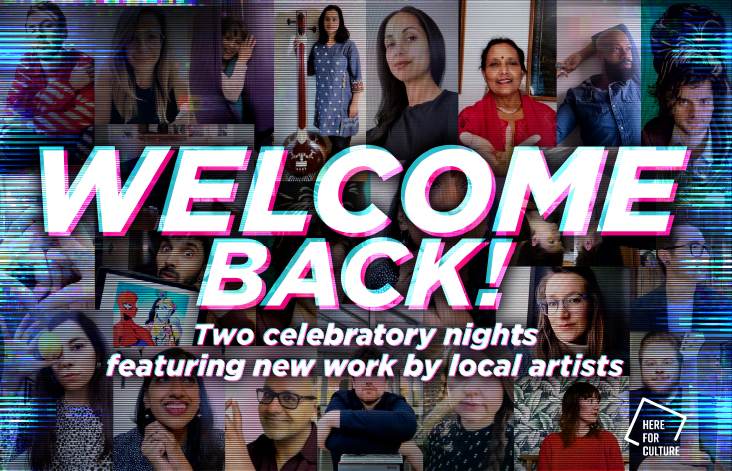 After over a year without audiences in its building, Leicester’s Curve theatre is gearing up to reopen with a special socially distanced season from the 20 May.

Including two nights of work curated by Curve Resident Creatives and local artists, a new comedy musical, acclaimed dance and a Made at Curve concert inspired by the life and career of Andrew Lloyd Webber, these reopening plans have been made possible by a second grant from the Department for Digital, Culture, Media and Sport’s Culture Recovery Fund.

As recently seen in streamed productions of Sunset Boulevard and The Color Purple, by raising the walls between its theatre spaces, Curve will reopen as a 533-seat socially distanced auditorium, with audiences enjoying live performances from all four sides of the stage. 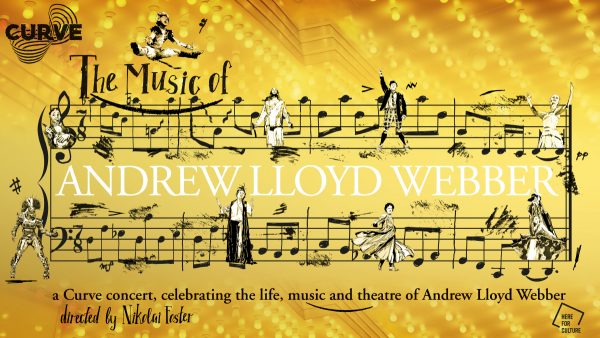 To ensure audiences are able to safely enjoy a return to Curve, the theatre has implemented a number of Covid-Safe measures, including a one-way system, increased ventilation, additional cleaning, temperature checks and allocated entry times to the building. Further information can be found here. Curve has been certified by both UK Theatre as part of its ‘See it Safely’ initiative and Visit England’s ‘We’re Good to Go’ accreditation and audiences will be notified of further Covid-safety measures and protocols in advance of attending a performance.

The season will officially launch on 20 May with a Members event, which will be also be live-streamed from the theatre for audiences to watch online.

On 21 and 22 May, the theatre will celebrate outstanding local and national artists with a showcase of new work and performances from Curve Associate Artists and Curve Resident Creatives. All artists share a commitment to making work at Curve and in the Midlands and performances will include songs from new musicals, extracts from original plays and newly choreographed dance pieces from Kathak to Hip-Hop. The evenings will be hosted by Curve Associates Sheep Soup.

Celebrated dancer, choreographer and Curve Associate Artist Aakash Odedra returns to the stage with his performance of Rising on 24 and 25 May. First performed in 2011 and now revisited in the Company’s 10th anniversary year, Rising is an unprecedented pairing of world-renowned contemporary choreographers and one of the most talented British South Asian dancers of his generation. The programme will feature several short works choreographed by Sidi Larbi Cherkaoui, Akram Khan, Russell Maliphant and Aakash himself. 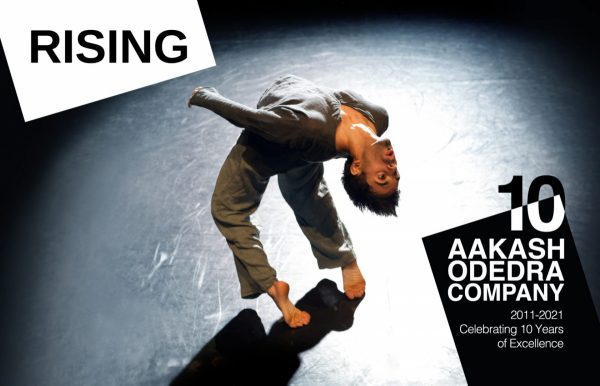 From 27 to 29 May, Katie Lam and Alex Parker’s AMDRAM: A Musical Comedy comes to Curve. The Great Osterley North Amateur Dramatic Society – or GONADS, as they’re known – reign supreme over the village hall. The arrival of a new contender for leading lady and a professional director throw their amateur production into chaos. A hilarious new musical about friendship, theatre and community, Am Dram will be performed by an incredible cast including Janie Dee, Laura Pitt-Pulford, Raj Ghatak, Debbie Chazen, Sharan Phull, Jordan Lee Davies and Wendy Ferguson.

The culmination of this season will be The Music of Andrew Lloyd Webber, a spectacular concert performance featuring music and memories from the extraordinary life and career of Andrew Lloyd Webber. Directed by Nikolai Foster (Sunset Boulevard – at Home, West Side Story, My Beautiful Laundrette) and running from 7 to 19 June, experience some of musical theatre’s all-time triumphs as we join the Phantom, Grizabella, Eva Peron, the Lord himself* and a host of iconic characters performing Andrew’s greatest songs from The Phantom of the Opera, Evita, Jesus Christ Superstar, Cats, The School of Rock, Tell Me on a Sunday, Sunset Boulevard, Joseph and the Amazing Technicolor Dreamcoat and more. Full casting will be revealed in due course. *Andrew Lloyd Webber appears in pre-recorded video.

“After over a year of closure, we are delighted to be welcoming audiences safely back to Curve with an exciting programme celebrating artists, our community and Leicester’s passion for musical theatre. We are proud to present a season of work drawing together new musical theatre writers with the canon of Andrew Lloyd Webber, contemporary dance with the work of Leicester legend Aakash Odedra and new writing alongside established voices.

“We cannot wait to bring our communities, artists and audiences together in our specially-adapted socially distanced auditorium. Although we recognise some audiences may be nervous returning to live events, health and safety remains our priority and we have invested significantly in implementing measures to ensure everyone working with us and visiting our theatre is safe. 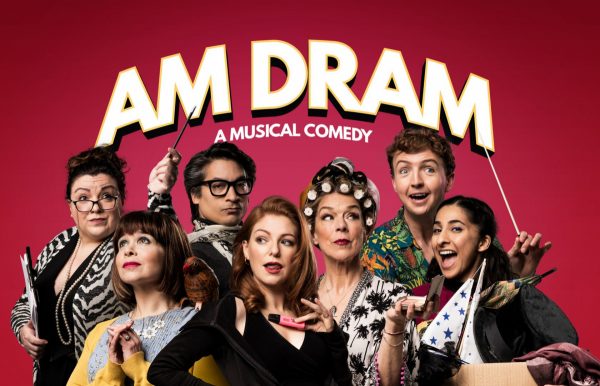 “Through reopening our theatre we are not only able to make live work once more and employ 100s of freelancers, but we are able to play an active role in helping our city begin to recover from the impact of Covid. We would like to say a heartfelt thank you to the Department for Digital, Culture, Media and Sport for our second Culture Recovery Fund grant which is enabling us to reignite the mighty Curve engines and operate with social distancing in place. We’d also like to thank everyone who’s supported us during the closure, in particular our principal funders Arts Council England and Leicester City Council- this crucial public funding has kept our theatre operating during the pandemic.”

Curve’s reopening plans are only possible due to grant funding received from the government’s Culture Recovery Fund and the ongoing support of Arts Council England and Leicester City Council.

“We’re delighted to be investing in Curve through the Government’s Culture Recovery Fund. This funding will offer this highly-acclaimed theatre the opportunity to plan for the future and prepare for reopening in the coming months. Curve plays a vital role in Leicester, producing and touring bold and diverse musicals and plays, running community choirs and youth programmes.

“The Government’s package is hugely welcome, providing much of the sector with resources to reopen safely. Rebuilding a thriving cultural sector at the heart of communities is a vital part of helping the whole country to recover from the pandemic. Now that we’re hopefully on the road to recovery, there is much to look forward to as organisations get ready to reopen their doors, welcoming back audiences and making plans for the future.” 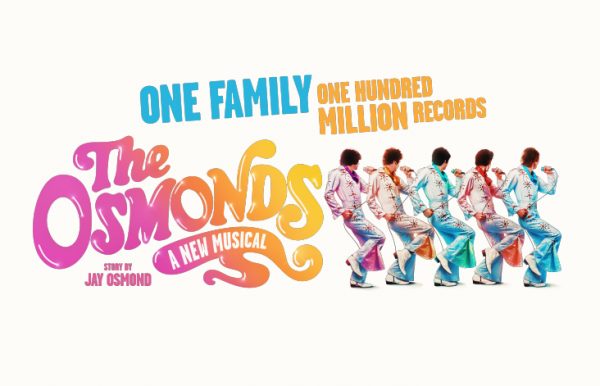 In line with the government roadmap, the theatre will fully reopen on 1 July with performances of Peter James’ Looking Good Dead. Last week Curve revealed a host of shows set to visit and open tours in Leicester in the coming months including Mischief’s Magic Goes Wrong, the Made at Curve production of Grease, Priscilla Queen of the Desert, Derren Brown: Showman and The Osmonds: A New Musical.

Alongside plans to welcome audiences back to its building, Curve is also providing audiences with opportunities to enjoy theatre at home whilst restrictions remain in place. From 10 to 15 May Curve will once again share its acclaimed production of Sunset Boulevard – at Home, with all proceeds in support of The Andy Nairn Bursaries in Technical Theatre. From 31 May to 1 June, the theatre will host the digital tour of Aidy the Awesome, a new aerial theatre show for families from Curve Resident Creatives The Gramophones. Commissioned by Curve, the streamed production follows the action-packed adventures of Aidy and her super granny. Tickets for Sunset Boulevard at Home are on sale now with tickets for Aidy the Awesome available to purchase soon.

Tickets for The Music of Andrew Lloyd Webber, AMDRAM, Rising and Resident Creatives New Work are on sale now

Tickets can be purchased online at www.curveonline.co.uk