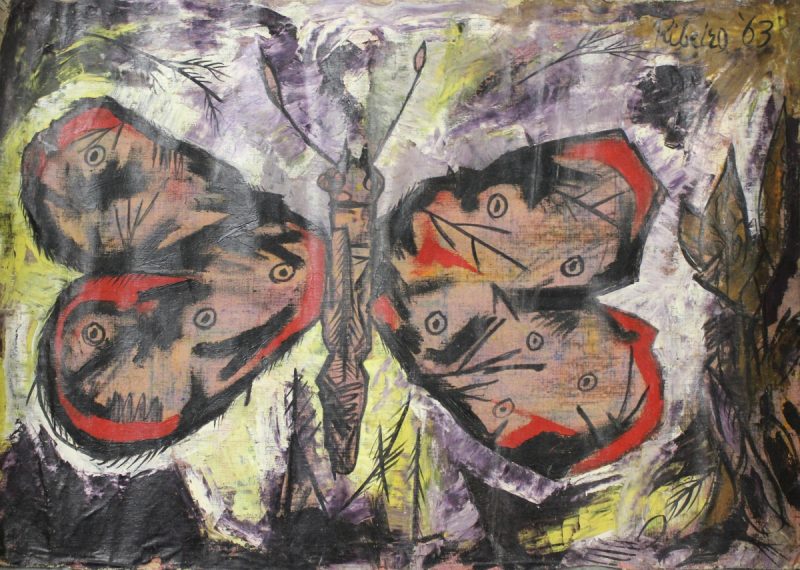 Oberon Gallery of Loseby Lane is proud to present another gallery exclusive with the upcoming exhibition; Lancelot Ribeiro, An Artist in India and Europe, in conjunction with the Grosvenor Gallery, London.

The 2-week exhibition is to be held at Oberon Gallery, Leicester, from the 3rd – 17th March 2018. The show will coincide with the exhibition Lancelot Ribeiro, A Voyage of Discovery, at New Walk Museum and Art Gallery, which opens on the 4th March and continues until the 6th May 2018.

Lancelot Ribeiro (1933-2010) was one of the most original of the Indian Modern artists who settled in Britain after the Second World War.

Born in Goa, the artist moved to the UK in 1962 and lived and worked in London, often sharing a studio with his half-brother Francis Newton Souza. 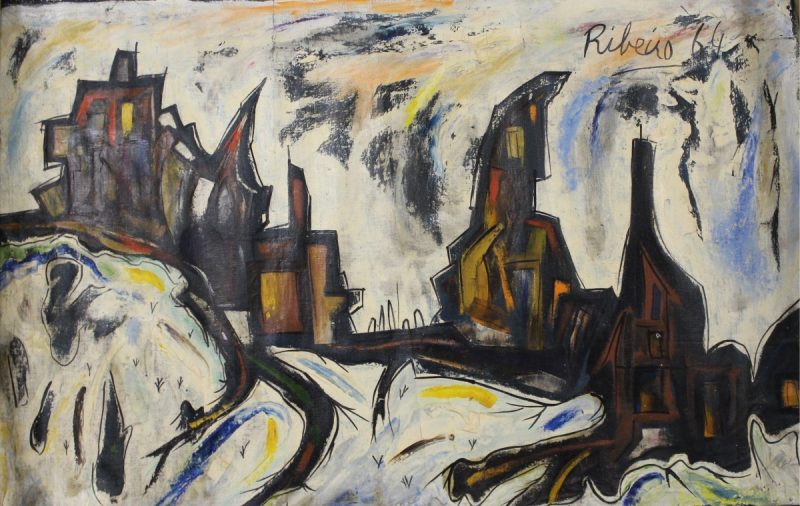 After a first sell-out solo exhibition at the Bombay Artist Aid Centre in 1961, a high-profile commission from Tata as his first patron and several more shows, he left to establish himself in London. At this time his work was strongly influenced by his Roman Catholic and Goan-Indian heritage. Settled in England, he became a leading advocate for Indian artists through such bodies as the Indian Painters Collective.

Donna Marie Cross, Gallery Sales & Marketing Manager of Oberon Gallery comments; “We are incredibly excited about the Ribeiro exhibition. To host an exhibition of an artist of such high esteem and calibre is a dream come true – and to do this in conjunction with the Grosvenor Gallery of London and New Walk Museum, Leicester shows how our little art gallery in Leicester is making big waves across the UK”. 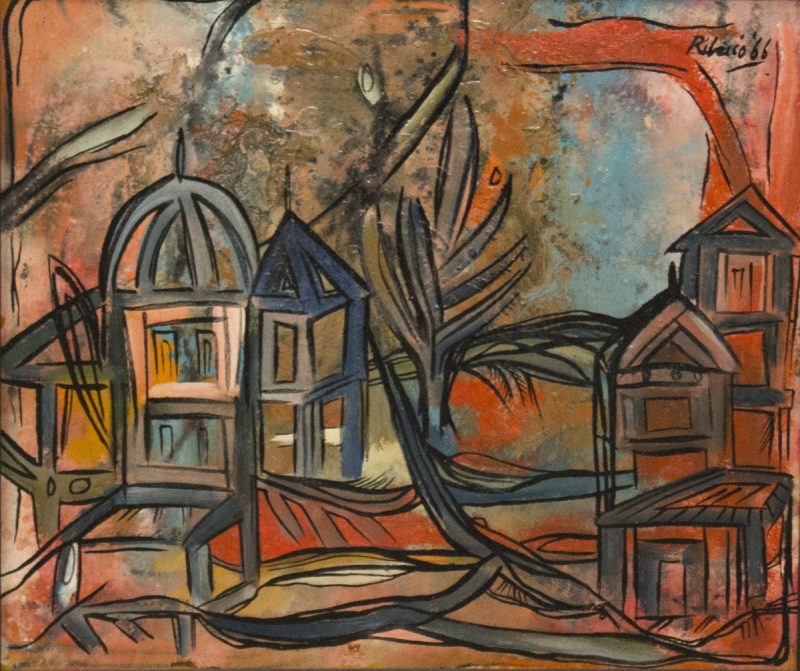 Finding traditional oil paint inadequate to cope with his natural inventiveness and seeking exciting new effects and faster drying speeds, Ribeiro experimented in the early 1960s to develop a usable acrylic paint. His restless imagination over the next 50 years prompted canvases filled with spiky

townscapes, gorgeously coloured surreal scenes, disturbing heads and flying landscapes. Ribeiro was hugely prolific. Although a series of solo and mixed shows in England and abroad excited collector-interest through much of his life, during his final years he withdrew from the art world and so becamelargely forgotten.

Post-death, however, his story has witnessed a revival, and his reputation as a painter of international stature is now receiving its well-overdue attention. 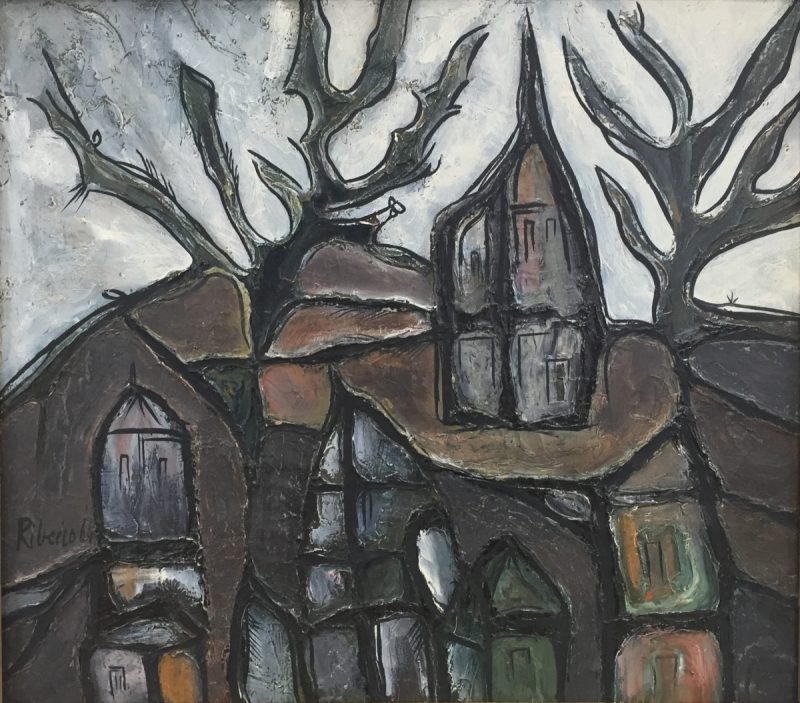 The recent surge of interest in his work can be attributed to a number of factors: a major retrospective of his work was held at Asia House in London in 2013 (Restless Ribeiro), as well as a series of exhibitions in India organised by Grosvenor Gallery that took place in New Delhi, Mumbai and Goa in 2014. These exhibitions coincided with the launch of a monograph on the artist, compiled by British journalist David Buckman, titled Lancelot Ribeiro, An Artist in India and Europe. In 2016 the British Museum hosted a series of talks on the artist’s career, and a celebration of Ribeiro’s life and work took place at the V&A in 2017.

The exhibition at New Walk Museum and Art Gallery will feature works from the estate of the Artist, displayed amongst paintings by Ribeiro from the Museum’s own collection. Between the New Walk and Oberon Gallery’s shows – where originals and prints can be purchased – it will be a fantastic opportunity to discover the remarkable artistic output of an artist unappreciated in his own life-time.