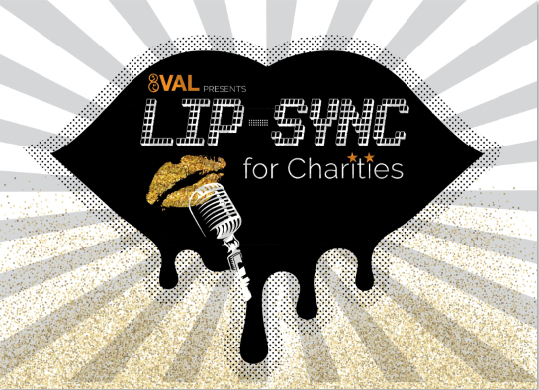 An internationally renowned Drag Queen has inspired a charity challenge that will see Leicester’s business community rally together to take to the stage and raise much-needed funds and awareness of some of the most beloved charities in the county.

The event, Lip Sync for Charities, is the brainchild of Voluntary Action LeicesterShire (VAL), who are seen as the foundation stone of the voluntary and charity sector in the city and county, offering support, advice and signposting to individuals and groups – a role that has been of particular significance over the past 18 months.

The ambitious event, partially inspired by the worldwide phenomenon, ‘RuPaul’s Drag Race’ and other Saturday night talent-based shows, will take place at the Marriott Hotel in Leicester on 12th November as an official part of this year’s Leicester Business Festival.

It hopes to raise thousands of pounds for charity by encouraging community-minded businesses and their representatives to not only embark on an intensive fundraising drive for a charity of their choice, but to also dig out their sequins and best moves as they prepare to take to the stage in a lip sync battle worthy of any TV talent show.

Executive Manager – Public Sector Contracts and Projects at VAL, Kevin Allen-Khimani, comments; “The VAL Lip Sync for Charities event has been created to not only be colourful and fun, but also support our charity sector at a time when they need it most.  For many, the pandemic has seen donations drop to an all-time low, which jeopardises the future of some of our most-needed support networks.  We wanted to create an eye-catching way of raising money and attention by matchmaking our business and voluntary sector, as the need for both to support each other has never been more important.  Already, there is a massive buzz in the city about the event as it’s such a unique way for people to reconnect and raise funds for charity in the process.”

He continues; “The pandemic has taught us all – but most especially the business community – that being community-spirited is not only good for the soul, but also for the business.  Actively supporting charities in this way sends out a positive message that you are invested in your own city and county – in good times and in those more challenging periods”.

In addition to the pre-Lip Sync fundraising, there will be further fundraising opportunities on the night as well as a chance for one lip sync’ing team to win a £1000 bonus for their charity, based on their successful performance.

One of the first firms to step forward with a team is Fraser Urquhart Media.  Managing Director, Kevin Urquhart, comments; “Over the years we’ve jumped out of aeroplanes and braved muddy obstacle courses for our chosen charity partners, but we’ve never embarked on something like this.  We can’t wait to show that the Fraser Urquhart Media team not only thrives in PR, but also in lip sync challenges.  We promise you a performance that you’ll never forget – good or bad – and we throw down the challenge to our business colleagues to get involved too…”

If you already fundraise for a charity in Leicester and Leicestershire and want to get involved, with this exciting initiative, please contact Jon Woodcock at VAL via [email protected] or Reshma Gadhia on [email protected]

If you would like to get involved but don’t yet have a nominated charity, VAL have a matchmaking service of worthy charities needing support.  Again, please contact [email protected] or [email protected]

For more information on the event, booking corporate spectator tables and tickets for the event on November 12th, please go to www.valonline.org.uk/lipsync