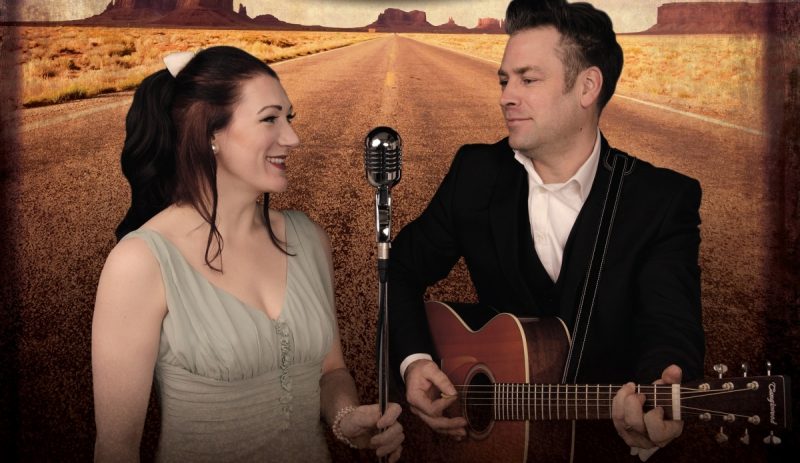 This November, Leicester Y Theatre hosts ‘Cash and Carter, Together’, a touring tribute to Johnny Cash and June Carter. But unlike other tribute shows, this Leicester based band began its tour performing to a very select audience: inmates of HMP Leicester prison!

Show producer and frontman Richard Day explains, “Johnny Cash was famous for his prison performances, he found them incredibly rewarding and they matched his values and beliefs of forgiveness and redemption. We wanted to create an authentic tribute to Johnny Cash and June Carter, so we’re starting with the same philosophy”.

But this is no ordinary show, as Lizzy Rushby (June Carter-Johnny’s wife) explains, “Unlike other shows, we also recreate the onstage interaction between Johnny and June. The spectacle also features projections, and we vary musical styles, from early rockabilly hits, to country, bluegrass, and his comeback American Recordings, including Hurt, which brought Johnny to a new generation of fans”.

Cash and Carter, Together; ‘The soul of Johnny Cash and June Carter’ plays The Y Theatre on Friday 29th November, 7:30pm.