LEICESTER CREATIVES RELEASE CHARITY CHRISTMAS SINGLE: THERE WILL BE ANOTHER RAINBOW 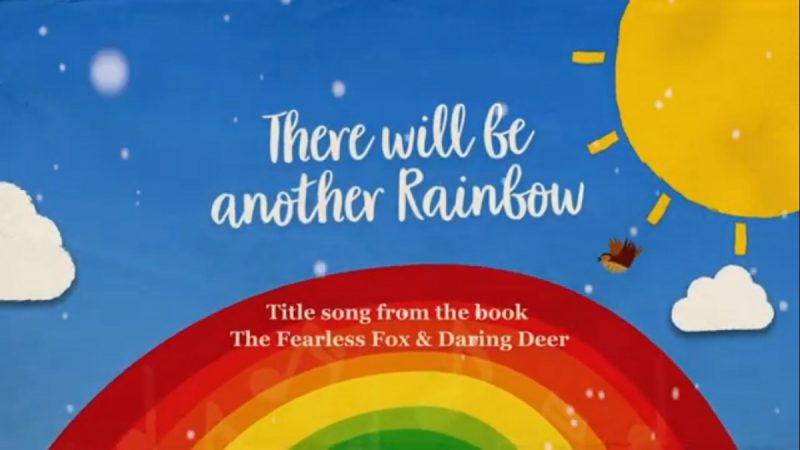 A new Christmas charity single has been produced to raise funds for the NHS. The song called ‘There will be another Rainbow’ is based around the children’s book ‘The Fearless Fox & Daring Deer’ which was written by Leicester author Joe Nixon back in March.

Book sales have now exceeded £5000, with all proceeds going towards creating one of the UK’s newest children’s hospitals, where services include world-renowned heart surgery. The Leicester Children’s Hospital Appeal will form a partnership with BrightSparks – an NHS supported Arts in Mental Health charity and WORD!, the book’s NHS supported publisher – to support the thousands of children and families around the UK who will receive care at the new state-of-the-art hospital.

Lying in bed with the COVID-19 virus, Joe felt inspired by a news story about wild animals venturing into towns and cities during the first lockdown, and wrote the story about hope for a better world beyond the pandemic.

During the second lockdown Joe approached Leicester based singer songwriter Mellow Baku, and together they’ve written the title track which reflects the ‘Rainbow Song’ part of the book where the animals come together in the empty town and sing to the humans.

“As they sing a message of hope for a better future, they dare to imagine a world where humans and animals can live together in harmony,” says Joe from his Leicester home. “Mellow has interpreted the theme of the book perfectly and sings and performs so beautifully. The finished result is beyond my expectations.” Mellow Baku, co-writer and performer of ‘There will be another Rainbow’ tells us about how the project came together.”

The single is available to download from all the major music platforms including Spotify and iTunes, and all of the proceeds from both the single and the book will be going directly to the charities.