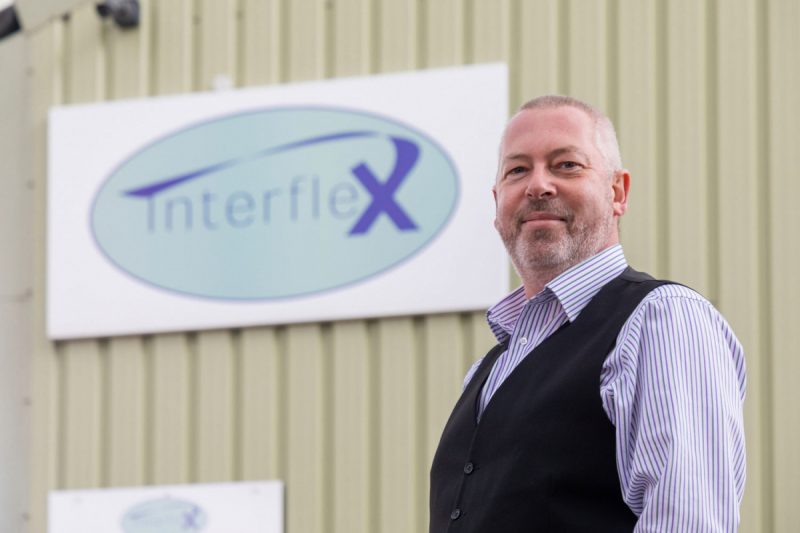 Leicestershire man Jim Griffin who is MD of an automotive manufacturing company in the East Midlands is walking a marathon in memory of his late mother – just four years after being told his chances of surviving a viral illness were negligible.

Jim, who runs automotive parts and sealing solutions manufacturer Interflex is embarking on the Trek26 event in London on Saturday 5th June organised by the Alzheimer’s Society. Jim’s mother Dulcie died of Alzheimer’s in 2014 aged 84.

He comments: “Due to the cruel nature of the disease, we really lost my mum a good five years before she died. Reading up on the subject, due to the genetic element of the illness, it’s also likely that any of my four siblings or myself could suffer from this dreadful illness too.”

The socially distanced walk will take the trekkers past some of London’s most iconic landmarks, including St Paul’s Cathedral and Trafalgar Square as well as out towards the east of the city taking in Spitalfields and Brick Lane.

Many charities have struggled since the advent of Covid as donations have fallen. In addition, many fundraising events which are such an important source of charitable income, have been cancelled due to lockdown and safety concerns around social distancing.

In addition to raising funds and awareness for a charitable cause, Jim has other personal reasons for taking on the challenge. After suffering from a potentially life-threatening viral infection which prevented him from working for two years, Jim is eager to regain his previous levels of fitness.

“This is an opportunity to push myself and to focus on my fitness again after such a debilitating illness. I want to do all I can to help ensure I’m around for as long as possible for my family as four years ago I wasn’t sure I would be! although I’m now recovered, this will be a significant challenge for me – and just like in my business life I don’t like to do things by halves.”

Jim, who lives in Earl Shilton was CEO at the Autins Group having worked at the company for 29 years before ill health forced him to step down. He became MD at Interflex in 2020, just days before the first national lockdown was imposed and the effects of the pandemic hit the automotive industry with a vengeance.

Jim will be walking with his son-in-law Greg, a keen cyclist who has completed several arduous cycle rides across Europe. “I love the idea of doing this challenge together, making it a real family affair. But I just hope he can keep up with me!” Jim adds.

Jim is also hoping to raise funds by including logos on their T-shirts in return for a donation from connected businesses whose logo will then be seen across London and associated with supporting a great cause.

Alzheimer’s is the most common form of dementia and there are over half a million people in the UK living with the condition. While there is currently no cure, medication and targeted support can help sufferers and their families live more rewarding and comfortable lives.

For more information or to donate via Jim’s Just Giving page visit www.justgiving.com/team/Trek26London202126Miles-SaundersGriffin.