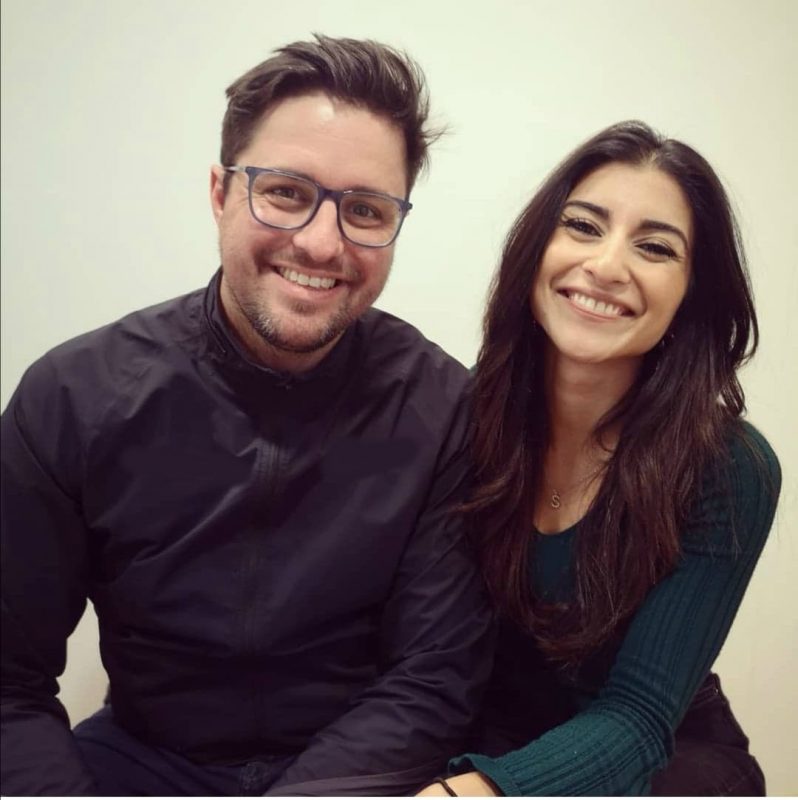 Radio Leicester duo Jimmy and Summaya promise to give you a morning boost better than a double espresso when they take over the BBC Radio Leicester breakfast show in the New Year.

Back in September the pair made an unforgettable debut on the airwaves when they flew over the city by night in motor gliders with LED lights. Residents thought the display was a UFO until BBC Radio Leicester editor, Sophie Shardlow, revealed it was actually Jimmy and Summaya – kicking off their new show.

The new show will go out weekdays 6-9am on the station from Monday 30 December.  Jimmy – who is from Hinckley – is no stranger to early starts having worked on Chris Evans Radio 2 breakfast show for 5 years.

Summaya is one of BBC radio’s rising stars. This week it was announced she will present the coveted Radio 1 breakfast show as part of the station’s new talent Christmas line-up.  Summaya won a talent search at BBC Radio Nottingham last year to present and produce their weekday evening show and was such a hit then joined BBC Radio Leicester in September to host the Drive show with Jimmy Carpenter.

Summaya says: “The last 12 months has been utterly bonkers. I am immensely thankful, and excited, for the opportunity to present the Breakfast Show on BBC Radio Leicester with Jimmy. I have loved getting to know the Radio Leicester audience and feel blessed to have the chance to continue to do so”

Jimmy says: “I’m really looking forward to kicking off 2020 with a new job and the Leicester listeners being there to laugh with and at us! It’s a privilege to entertain the people where I live and presenting the breakfast show is a dream gig.”

Sophie Shardlow, Editor of BBC Radio Leicester says: “Jimmy and Summaya are a brilliant double act and top class broadcasters. They are a real genuine shot of fun and energy, it’s impossible not to start the day smiling with them.”

BBC Radio Leicester Breakfast is currently hosted by Ady Dayman and Jo Hayward. From the New Year Ady will be taking listeners home with a new Drive programme 4-6pm and Jo will be the voice of news in the morning keeping everyone up to date and in the know.

Listen to BBC Radio Leicester on 104.9 FM, DAB, and via the BBC iPlayer.