NEW YEARS’ RESOLUTION #1: GET A DIVORCE 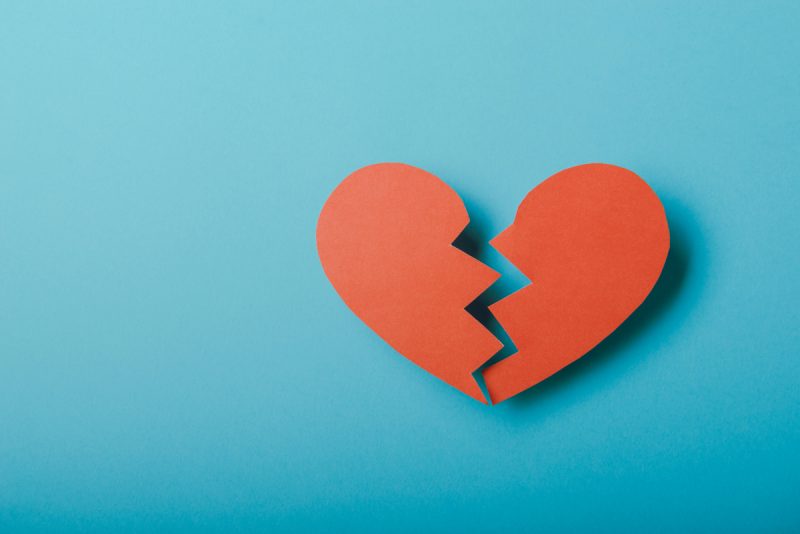 It’s no secret, 2020 has been a difficult year for us all and our lives have been tested like never before. As we head into one of the most stressful times of the year, Christmas and New Year, the pressure can reach breaking point and relationships often feel the effect. Lockdown has meant couples have spent more time together than ever before, and while this may have been a positive experience for some, it has created or intensified conflicts for others.

The first Monday of the new year is dubbed as ‘Divorce Day’ across the UK, with more calls logged and divorces filed on this day than at any other point in the year.  It may be that the festive period brings relationships sharply into focus; or a desire to have ‘one last Christmas’ as a family before family units are broken down; or the feeling that the new year is a chance to start afresh, but whatever the motivation, this coming January 4th looks set to be the bluest of Mondays.

Dodds Solicitors have a specialist team, highly experienced in matrimonial and divorce issues.  They offer confidential advice, support and representation at a time when mediation is no longer working.  DLUXE magazine spoke to Ashwin Topiwala at Dodds Solicitors to find out more.

Is it true that you see a spike of enquiries about a divorce in January? Why do you think January is so significant?

January is the month most divorces are filed. The first working Monday back from the Christmas break is often referred to as “divorce day” by lawyers.  Divorce applications can rise over 200% in the first week of January.  In many cases it is the end of the Christmas holiday period and people wish to make a fresh start in the New Year.  Some couples wait until then rather than disrupting families during the holiday period.

Do you think lockdown has affected troubled relationships and how?

The lockdowns during the pandemic has meant that families that would not normally spend so much time together in the home have been forced to do so and in doing so cracks already existing in relationships have widened bringing couples relationships to “a boiling point” in many cases.  There has been a spike in divorce rates during this pandemic especially after lockdown periods.

How long do people typically think about divorce before they formally start the process?

This often depends on their own personal circumstances.  Those couples with children sometimes remain in longer loveless relationships for the sake of the family whilst others may want to start proceedings quickly to bring an end to their relationship depending on their circumstances.  Most people do think long and hard before starting a divorce due to the effect and consequences it has to the family unit and the costs associated with it.

What are the first steps you should take if you’re unhappy in a relationship? What are the options?

Talk to your partner, if you are able to do so and discuss the problems that exist in the relationship.  Consider also marriage counselling if possible.

What is the one piece of advice you would offer to someone contemplating divorce – but have yet to escalate it?

Do take appropriate legal advice from a family law solicitor. They should be in a position to advise you of all the various options that exist, timeframes, costs and procedures.  They may also be able to refer you to counselling or mediation as an alternative way of resolving the dispute without having to litigate.

Is it possible to separate formally without filing for a divorce? Can you just walk away?

Parties in a relationship could separate and after separation discuss arrangements in respect of children and finances.  If they then come to an agreement a Deed of Separation could be prepared setting out their intentions in writing.  However often this depends on their own personal circumstances and sometimes a divorce is the better option as you have a more concrete final order especially when it relates to financial matters.  Whilst the Deed of Separation may carry some weight, it is not a legally binding order.  Often walking away and leaving a delayed gap before a divorce and finances are sorted out, can lead to financial claims many years after parties separate which is not always helpful.

Do both parties have to agree? What happens if they don’t?

Not always.  If parties cannot agree they can attend mediation or alternative dispute resolution (ADR) rather than going straight to court and litigating.

If it unfortunately results in divorce, is there a minimum length of time you must have been together? What happens if you’re under the minimum, or Civil Partnered, or simply, long term partners and don’t meet the divorce criteria?

Parties must be married for a length of 1 year before they can commence divorce proceedings.  If they have not been married for that length of time they can still attend mediation as an alternative way of resolving their separation and possibly enter a Deed of Separation.  They could also consider Nullity proceedings if the relevant grounds apply, if the minimum length of time of 12 months has not expired.  In some cases however they will have to wait the 12 month period before divorce proceedings could be issued.  Civil partners who have entered a civil partnership can also bring a dissolution of their relationship after a period of 1 year together similar to married couples.

What are the most common grounds of divorce? Do the ground affect the legal agreements strategy and results?

Unfortunately at the moment despite the government having passed law for “no fault” based divorces that is yet to be implemented and the current fault based divorce criteria still apply. The most current common ground is that of unreasonable behaviour by the other party.  The Divorce Petition would set out the types of behaviour which one party now finds unreasonable to continue living with within the marriage.  The grounds themselves do not normally affect financial matters and how assets are divided between spouses.  It is a means by which the marriage is brought to an end as a process.

What are the procedures for a divorce? Talk us through how long does it take? Will it always have to go to court?

Under the current procedures to obtain a divorce requires a spouse to prove that the marriage has irretrievably broken down.  A Divorce Petition is filed with the court setting out one of five factors two of which are fault based, adultery and unreasonable behaviour and the other three involve separation, two years separation with the other spouses consent, five years separation or two year desertion for a continuous period.  Once a Divorce Petition is filed with the court, the court will issue it and post it out to the other spouse. The spouse that commences the divorce is known as the Petitioner and the other party the Respondent.  The Respondent would normally have to complete a form confirming whether they intend to accept the ground for the divorce or not and file it back with the court.  If the matter is not defended then the Petitioner would then file for Decree Nisi where a Judge considers the documentation and if the ground has been proven set a date for pronouncement of the Decree Nisi.  Six weeks thereafter the Petitioner can file a form for Decree Absolute bringing the process to an end.  Normally the process would take 6 to 7 months but due to the current pandemic it is taking about 10 to 12 months.  Whilst this process is taking place other issues such as finances or children’s arrangements are also resolved. The application to the court for divorce has to be made as it is a legal process requiring the courts involvement.

What will happen to any children in the relationship as a result of divorce?

Normally children’s arrangements are discussed when couples are considering separation and divorce.  This can be done through solicitors and also in mediation in the hope that arrangements can be agreed and a parental plan prepared so that the children continue to have a relationship with both parents despite their divorce.

What will happen to any financial/property assets that are jointly owned?

In respect of financial matters there is normally financial disclosure by both parties as to what exists and what things are worth and then discussion either through solicitors or mediation as to how assets and sometimes debts are divided and finances disentangled.  If the parties reach agreement on financial settlement then a financial consent order can be prepared setting out their settlement in a court order which then goes to a Judge as part of the divorce case for approval once a certain stage of the divorce known as “Decree Nisi” has been reached.

What about spouses that have stayed at home and raised the family and have “not worked”? Do they get nothing as the breadwinner has paid for everything?

Since the Matrimonial Causes Act 1973 the law changed considerably to ensure that fairness existed between those spouses who stayed at home and raised the children and cared for the family compared to those who were the main breadwinner.  The law takes into account a number of factors when deciding how finances are dealt with.  Since the case of White v. White and a string of cases after this the court tries to achieve fairness through equality unless there is a need to depart from it. Therefore it does not matter whether you are the spouse caring for the children at home or the main income earner generator.  Fairness is what the law tries to achieve if at all possible.

How much does it cost?

This really depends on the parties.  It can be anything from a couple of thousand pounds to twenty to thirty thousand pounds depending on what is in dispute between the spouses.

Which recent legal changes should we know about?

The Divorce, Dissolution and Separation Act 2020 removes the concept of fault from divorce. The Act was passed in June 2020 and the new legislation will replace the “5 facts” with a new requirement to provide a statement of irretrievable breakdown.  It removes the possibility of contested divorce proceedings and introduces an option for a joint application.  It makes sure the language is plain English changing Decree Nisi to Conditional Order and Decree Absolute to Final Order.  It will mean that the legislation is clearer, fairer and more accessible.  There is a period of a 3 month reflection period at the beginning of the divorce proceedings to allow separating couples time to consider their situation and obtain legal advice they may need.  It would reduce conflict between couples.  It is not likely to be introduced until autumn 2021.

What is the most common mistake made during a divorce?

How can potential clients get in touch with you?